In recent months she grew thinner. You could feel her bones through her fur, and that fur sat less smoothly on her skin 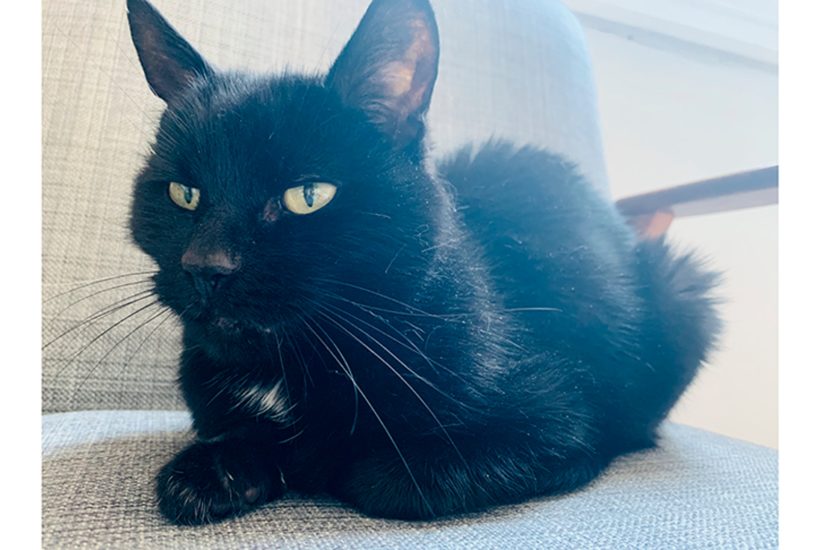 I’ve never dug a grave before. But that was how I spent my Sunday afternoon. Three feet is awfully deep to dig, and three feet is how deep you have to go if you don’t want foxes to turn a little tragedy into a horror-comedy. I labored till the head of the spade went out of sight.

My children were eating burgers from the barbecue a few feet away, and I worried that they might guess what I was up to. Thank God for the heroic incuriosity of children. I told the youngest something about planting a tree and it seemed to satisfy him. The truth would have been ‘planting the family cat after we put her down tomorrow’. I worried the hole wasn’t big enough. But then it struck me that it was just about the diameter of a cat door and I felt my throat catch.

It’s just a damn cat, I know. The world is burning, and people are dying up and down the country, and I’m upset about a cat. But there it is. I’ve had her for 17 years, and maybe it’s like that — in some form — for everyone. All politics is local. Charity begins at home. Il faut cultiver notre jardin — or, in this case, creuser une tombe.

She was a black moggy with a white blaze on her chest and I called her Henry before I discovered she was female. As a kitten she stalked my Doc Martens and thundered up and down the stairs in my small flat and fought invisible enemies and stole socks and scratched the shit out of the furniture. Standard cat stuff. She was a standard cat.

She was also a colossal pain. There were the incessant UTIs, which necessitated incessant courses of pink pills, which she’d cache in her cheeks and hockle into my bed at her later convenience. There were the random outbreaks of homicidal mania. The miaowing to be let out and to be let back in again, or to be let in and then be let back out again. I loved her.

She scorned to drink from a bowl of water, instead balancing on the edge of the sink and miaowing until you turned on the tap. We bought her a dedicated cat-fountain, which burbled crystalline streams of fresh filtered water. She shunned it — preferring, if pushed, the water in which we were soaking chickpeas or the water with the tadpoles in it. If you locked her out she could teleport back into the house: a trick whose secret we never discovered and could never thwart.

Her ‘accidents’ did for several sofas over the years. Once a cat has peed on a sofa, be assured that she’ll return to the scene when the mood strikes her, no matter how many Cat-B-Gon potions you spray on it, or how thoroughly you douse it in vinegar or rub it with baking soda. What is a life well lived for a cat? You’re going to take down a few sofas. And, as I reminded my wife when the sofa thing intermittently soured their relationship, the cat was the longest standing member of my household and I operated a first in, last out policy.

In recent months she grew thinner. You could feel her bones through her fur, and that fur sat less smoothly on her skin. There was something different about the way she placed her feet as she walked. Cats are born gauche and become suave, most of them; but now she was slower, more considered, as if she was walking on uncertain ground, as if her bones had a hangover. She grew stiller during the day.

She took to waking me up several times in the night, pawing at the duvet. At first I thought she wanted food, and perhaps she did. Then when she stopped eating, she kept doing it. Skritch, skritch, skritch. What did she want? Comfort? Company? I’d sit with her for a bit, in my dressing gown. Sometimes it would be enough and sometimes she wouldn’t give it up and I’d shut her in the kitchen till morning.

On Friday the vet said she was a goner and we made an appointment for midday Monday and that was that. On Sunday I woke at 3 a.m. and went to find her. At 5 a.m. she woke me, skritch, skritch, skritch. I went and sat with her, the house asleep around us. I found myself trying to fix in my senses the space she took up in the world, so I wouldn’t forget: her smell, the feel of her fur, the single white whisker, the heft and delicacy of her rib cage in the palm of my hand as I lifted her, her soft weight at my feet on the end of the bed.

And — I know, mawkishly — I was counting down. She had 48 hours more, 24 hours more. This was the last night I’d reach out a hand to find her arched back or place a knuckle to her cheek. The last time she’d knead my chest and then settle as I lay reading, or give grudging way when I wanted to sit on my own damn chair.

This was the last morning she’d see. This was the last time she’d sit like an ampersand on the grass in the sunshine smelling the air. I told the children to say goodbye to her, ‘just in case’. For 15 minutes they trailed bits of string, by the roses and the tomatoes, to tempt her into little kittenish pounces. And then I put her in her carry basket and took her to her appointment and when I came back with the basket empty their tearful apprehension turned in a thunderclap to full-blown grief. Mine too.

I know I’m a hypocrite. I eat sausages without grieving for the many pigs whose bits and pieces go into them. But I don’t think we think rationally or consistently about this stuff any more than we think rationally or consistently about human suffering. Grief for a pet is grief for the vanishing of the tiny unknowable universe that is her consciousness; but it’s also grief for a part of your own life. And now she has slipped through a cat door into the dark — a pathfinder.

It’s just a damn cat. And I feel wretched.