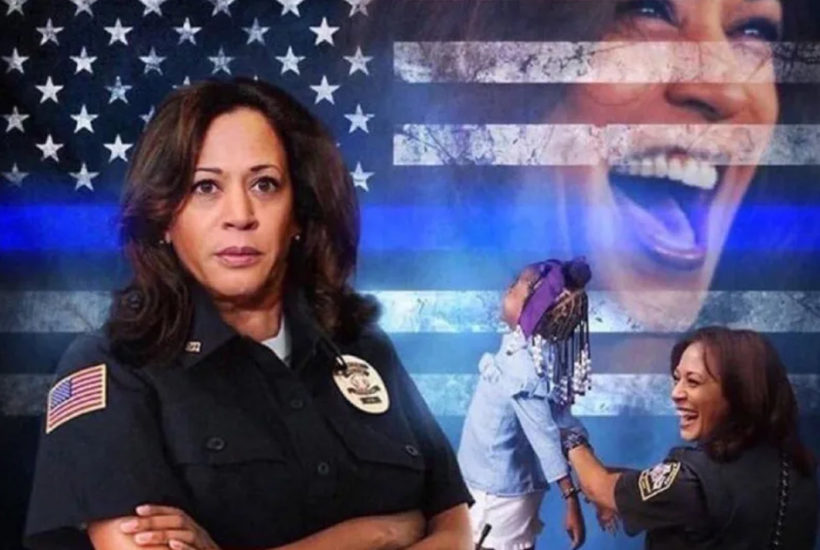 Kamala Harris is Joe Biden’s pick for vice president. Has he lost his mind?

As Politico carefully reported on Tuesday, ‘Biden called Harris “a worthy opponent and a worthy running mate”, alluding to the pair’s rivalry during the earlier stages of the Democratic primary.’

Perhaps the former vice president goes by a different definition of ‘worthy’ than the ones in Merriam-Webster: ‘having worth or value; honorable, meritorious; having sufficient worth or importance’.

He remembers who Kamala Harris is, right? Again, don’t answer that.

Biden’s notes on Harris, blown up and scrutinized by the AP last week, included the phrase ‘do not hold grudges’. That could either be in relation to Harris’s shivving of Biden over his stance on busing during the presidential debates — or to the deeply authentic grudge Harris herself must have held against Biden to make that jab in the first place. Maybe political campaigns call for short memories (I promise I’ll stop…)

Harris’s VP potential has been talked up since she plummeted out of the primary last December — a full two months before Iowa. If you’ll excuse the onanism, here’s what I wrote back then:

‘Who will Kamala’s supporters now move to support? A bigger question is who cares? It’s true that Kamala Harris had more support in her home state of California than others — but her last poll there had her at half Biden’s support, and under a third of Warren’s or Sanders’s. Plus, are we to believe that California Democrats won’t rally behind whoever the nominee is? The African American credentials she so frequently brandished couldn’t convince most black voters to plump for her over old white men like Bernie and Biden. If you picked her as VP, who would she be bringing with her?

‘In fact, the failures of her campaign should serve as red flags for anyone advising a Democratic candidate on who to choose as a running mate. The way she oscillated between policy positions on topics healthcare during 2019 means she wouldn’t bring credibility on those issues to a ticket. The baggage of her prosecutorial career that she couldn’t shirk? That’s not going anywhere.

‘Harris leaned heavily on identitarianism, yet couldn’t make inroads with the identity groups she belongs to. It goes to show that the two leading contenders presently — white men in their late seventies — are politically incorrect and don’t think voters should make up their minds based on identity politics. Many assumed on paper that Harris would be a real contender, because she’s a woman of color and a senator. It turns out not many primary voters are picking their candidate of choice on that basis — they want someone they can trust, who seems authentic. As VP, would Kamala tick either box? Or would she be diluting the nominee’s prospects?’

Obviously eight months is an aeon in politics — but what exactly has changed since my assessment to move the needle in Harris’s favor? If anything, the anti-police, pro-criminal justice reform sentiment among Sanders and Warren supporters makes Officer Kamala a less appealing option.

After South Carolina, all the other moderate Democrats peaced out of the race because it seemed like Uncle Joe had the black vote on lock. But thanks to Charlamagne Tha God and Kanye West, among other things, Biden’s support among the black community looks less assured in July than it did in late February.

Biden’s VP pick is arguably the most consequential one ever — and countless pundits have droned on about how laser-focused his team would be on ‘not upsetting the ticket’. You’d be hard-pressed not to see Kamala Harris as the 77-year-old’s latest blunder. At least we can expunge ‘veepstakes’ from the national vocabulary for another three years.