Former slaves who worked for wages still had to buy food from the plantation shop: they were trapped 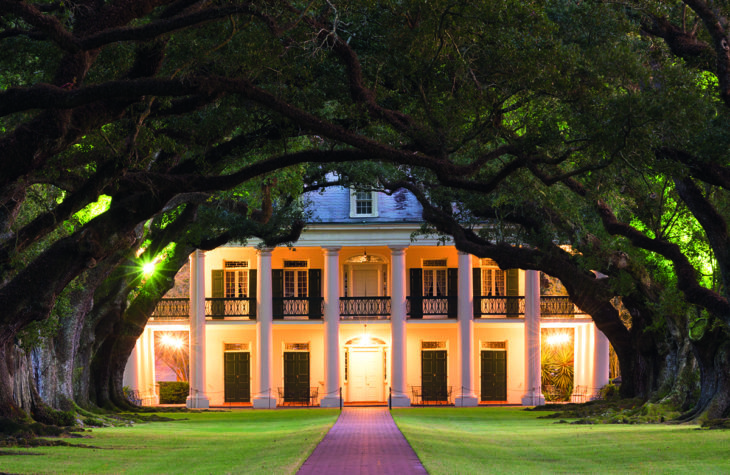 The ages of sin: the big house at Oak Alley Plantation

I am not American and I am not descended from British slave owners, but I was shocked when I read a letter from the 1860s that my Irish great-grandfather wrote to his brother from Peru, acknowledging receipt of a ‘shipment of Chinese coolies’ in the guano trade. John Cummings III of Louisiana is also of Irish origin, and his ancestors never owned slaves either. But in 2014, Cummings, a retired lawyer, and his wife Donna used $8.6 million of their own money to create the Whitney Plantation Museum at Wallace, just under an hour from the French Quarter of New Orleans.

The Whitney museum is America’s first and so far only museum of slavery. My cousin and I drove there from New Orleans on a bitter winter’s day. There is no café. When we pleaded for coffee, we were grimly told it would be cold. We pored over the bookstall: besides classics such as James Baldwin’s I Am Not Your Negro were Chained in Silence, Remembering Slavery and — thank goodness — Long Past Slavery.

I bought When I Was a Slave — selected memoirs of the last generation of slaves from the WPA Slave Narrative Collection, commissioned as part of Roosevelt’s New Deal stimulus. ‘Slavery days was Hell,’ Delia Garlic, 100, stated. But Andrew Goodman, 97, recalled: ‘I was born in slavery and I think them days was better…than the days we see now. I was never cold or hungry.’

Our tour’s first stop was the Baptist church, built by freed slaves in 1870 at the nearby town of Paulina and donated to Whitney Plantation in 2001. The church is full of sculptures of slave children born before the Civil War. Each of our entirely white group of tourists was allotted a child. I had brownsmocked Francis Dobey. I would rather have chosen for myself.

Suddenly, a group of local schoolchildren, all but one of them black, thronged in. They loved the sculptures’ relatable sizes and excitedly posed for photos after my cousin had asked their teacher, Kenneth Vernon, for permission. They were from KIPP Believe College Prep, a fifth to eighth grade New Orleans charter school. I emailed Kenneth afterwards to ask if the children had enjoyed themselves. He said yes, he had prepared them. The following week they would be studying the slave trade and how enslaved people came to the Americas: ‘They were really invested in learning about it, specially it being so close to home.’

Our guide (Irish last name) was determined to reinforce the horrors of four centuries of slavery on American soil. We were exhorted to examine details of the Transatlantic slave trade on one side of a wall, then the Brazilian and Caribbean trades on the other. Sick slaves were thrown overboard, so sharks followed the ships. Our guide pointed out names: Moussa was ‘Moses’ in Arabic. They would have to learn a new language and religion in America, and, cruelly, music was banned.

The original Whitney plantation, dating from about 1790, on what became known as ‘the German coast’, was owned by a German immigrant family called Haydel. Africans, our guide said, knew how to grow rice. Another crop was indigo, later sugar. Cane fields were infested with snakes and poisonous insects, and bites could be lethal. The guide made us handle cane so we could feel how easily it could cut into the hands.

Personal testimonies were inscribed on slabs. ‘My ma had 15 children and none of them had the same pa,’ recalled Pauline. ‘You see, every time she was sold she had to take another man.’ Some female slaves had children by their owner or his son. The children became slaves.

Suddenly I saw the name Francis Dobey. He described making a drum, then dancing. Slave Sophie Belle also had a more cheerful memory: ‘Master Hicks had a bell to ring for all the children to be put to bed at sundown. “Let them grow!” The children’s diet was milk and bread and eggs…we had duck eggs, guinea eggs, goose eggs and turkey eggs.’ Master Hicks gave them molasses in biscuits on Sundays.

At the Field of Angels was a statue of a black angel holding a dead baby. Slave children died at twice the rate of whites, from malnutrition and neglect. Mothers were allowed to breast feed for four months, though eight months was recommended for a child’s health.

We were shown the notorious photograph ‘Whipped Peter’. Peter Gordon was so badly beaten by an overseer that he nearly died. The overseer was fired, and Peter escaped to join the Union Army where a medical examination exposed his horrific scars. (Black soldiers, former slaves used to whippings, were less shocked than their white counterparts.) The image of Peter’s scar-ridged back galvanized the antislavery movement, leading to the reelection of Abraham Lincoln in 1864.

Our guide was somewhat didactic, perhaps more than he needed to be. After all, we were already curious — and sympathetic — about slavery and its history. It was confusing to absorb so many slaves’ experiences from various plantations; people relate more easily to individual stories and a sense of place. I did, though, learn some interesting details. Despite being freed in 1865, former slaves who worked for wages still had to buy food from the plantation shop: they were still trapped.

Oak Alley Plantation, about 20 minutes along the west bank of the Mississippi River at Vacherie, focuses on its own history and trusted us more to draw our own conclusions about what we saw.

‘Sugar ain’t so commercial nowadays…they have to pay the workers!’ our black minibus driver joked as we arrived. At the cheerful shop and café I had a coffee and a pecan cookie. Oddly, the children’s book Little Black Sambo was for sale. Our driver instructed us (four whites and four blacks) to walk up the quarter-mile avenue of 300-year-old Virginia Live Oaks and look for the lady in a Gone with the Wind outfit.

With her big blue eyes and Southern accent, she knew how to tell a story. The house had been a gift from Jacques Telesphore Roman (1800-48), a wealthy Creole sugar planter, to his bride Celina. She had been brought up in the French Quarter of New Orleans, and she kept returning to her family: 10 hours in a horse-drawn carriage over swampland overrun by snakes and mosquitoes. The couple had six children but three died (one in infancy) of yellow fever and tuberculosis. The local doctor, who had treated Napoleon Bonaparte, favored amputation. Jacques wrote to Celina, begging her to come back to him. He died at Oak Alley without her.

The guide told us about several of their slaves. Antoine the gardener grafted 16 trees with scions of a tree at Anita Plantation, thus creating the Centennial Papershell Pecan Tree. The nurse slave was expected to sit up all night watching over her white charges. If she was caught napping, she was demoted to fieldwork.

We were then encouraged to roam around the plantation. At the ‘Confederate Commanding Officer’s Tent’ a handsome blue-eyed man in uniform pointed out important Civil War battles on a map. At the reconstructed slave quarters, I studied the list of the Roman family’s slaves. Tobi, aged 60 and ‘sickly’, was worth only $25. Hiram, 42, an ‘American Negro’ and blacksmith, was worth $1,200. Three orphans, Zéphryn, 12, Raymond, 10, and Zélie, 5, were together worth $1,000. One freed slave who stayed at the plantation bought his wife for $350. There were manacles on display in a nearby slave hut. Another punishment was incarceration in a New Orleans jail.

Visitors can make a double tour of Whitney and Oak Alley. I recommend both, for an experience that combines different approaches. 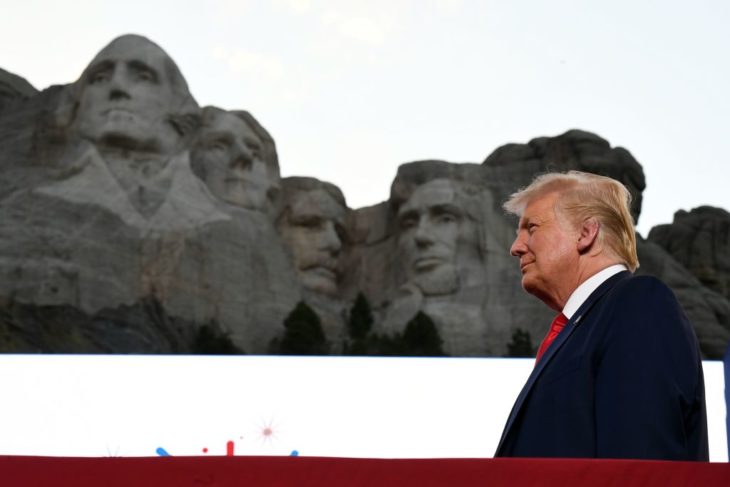 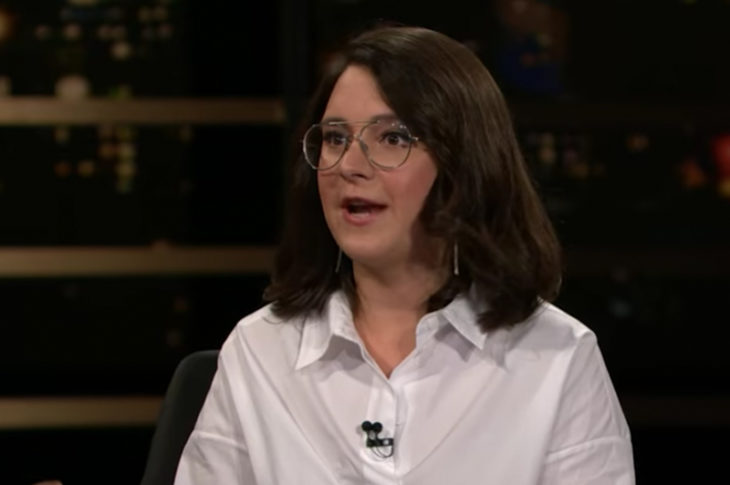