Are you a lockdown eel or a pygmy goat?

Without visitors, the meerkats are listless and the dingoes so bored they have to be taken for walks 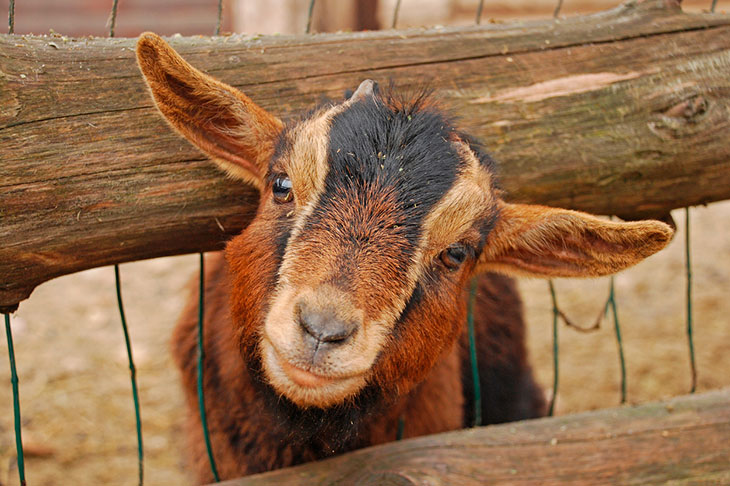 I identify strongly with the garden eels in the Tokyo aquarium. Pre-corona, they were perfectly sociable. Come opening hour, when visitors’ faces began to squash against their glass, they’d happily stare back. Every week that goes by without visitors, the eels become more fearful and these days, the aquarium reports, when the keeper arrives to check on them, the eels vanish into the sand.

Me too. Much as I long to get out and about, at the same time I can feel myself losing the knack of sociability. I jump when the man from Amazon knocks; slither quickly back into my basement kitchen after the daily outing.

There are psychologists looking intently at us in lockdown. There will never be another chance to see how humans behave under these weird conditions. There are behavioral experts looking at zoos now too: how do animals who have spent their lives being watched cope when the watchers disappear? I think that it’s the same for us as it is for those animals in the zoo: complicated and varied. How you react depends very much on what sort of animal you are.

Take big cats, the narcissists of the animal kingdom. They’re having a lovely lockdown. The absence of oglers has restored to them their sense of self and the usually uptight tigers and lions are now mating of their own accord, which is rare. And in Delhi Zoo, the elephants are no longer constipated. Because there are no paparazzi waiting by their water trough any more, they amble about peaceably and drink when they’re thirsty. If you’re ever struggling to think of an upside to this terrible situation, just consider the elephants’ bowels.

But nothing’s ever simple with this virus. Most zoos around the world are posting updates about inhabitants on their websites and, in almost every case, there are just as many animals who hate it. Primates, for instance, are not less stressed by a lack of gawpers, but more. The curators at Twycross Zoo say its chimps are depressed, longing for a chat. The Capuchin monkeys in Natureland in New Zealand have taken to sitting mournfully by the viewing windows, looking for children, but perhaps the saddest story comes from Columbus Zoo, where a Bonobo monkey used to put on a little acrobatic show for his fans every day at 2 p.m. Out he still trots, say his keepers, and does his act regardless, like an aging starlet declaiming to an empty auditorium. The otters and meerkats are listless and the dingoes so bored they have to be taken for walks on leads. In London Zoo, the pygmy goat, once star of the petting enclosure, has become so needy that the few staff still employed have had to devise a rota and cuddle him in shifts.

When you’ve got a small child you’re out more than most I’d say, often for several hours at a time. Home-school for four-year-olds seems to revolve almost entirely around what are known as ‘mini beasts’ — snails, ladybirds, ants — so it takes an age to get down the street. My son lies face-down in the gutter collecting aphids, and I classify the passers-by.

There are only a few who look as if they’ve gone the full garden eel: alert, alarmed, out only briefly to feed. In my neck of the woods, these eels are, oddly, mostly young men: their beady eyes are just visible above professional masks and they’ll actually leap into the road to keep the statutory two metres from any child.

Then there’s the pygmy goat contingent. No one has hit on me for years, and never, I don’t think, in the street. I’m 45, dishevelled, and constantly in the company of a vigilant gnome. But a few weeks ago a man in his late forties stopped beside us as we sat in the park and began to do pull-ups on a tree branch. He said to my son: ‘Can your mum do pull-ups? I bet she can. She looks fit’ (I don’t). There was a wild and desperate edge to his voice. A few days later, shopping alone, I sat for a moment on a wall. ‘Hello,’ said another middle-aged chap. ‘Are you relaxing? Hey… I wondered… I had this lager and I wondered… would you like half of it?

‘No? No. I thought not. Just thought I’d ask.’ I suppose the usual targets are locked away. I suppose if you’re used to living in a human petting zoo, it’s pretty bleak out there right now. Perhaps we need some sort of rota.

Just as you can track an animal by the prints it leaves behind, so you can deduce the presence of other lockdowners by their chalk marks. London lockdown is all about chalk. Children leave rainbows and old–fashioned hopscotch squares. And to my great delight, the corona scolds have cottoned on to chalk too. I drew an alien on the pavement outside our door to cheer up the preschool gang, and in the morning someone had added a stern caption in white school-teacher chalk: ‘Just stay indoors.’ A few days later another white chalker had circled every dog mess on the pavement, and beside every circle was written: ‘No!’ Then: ‘Learn to clean up!’ I’m hoping this continues. Singapore has robot dogs that patrol the parks enforcing social distancing, but who needs them when we have busybodies with chalk? I hope to wake up on Friday morning to find chalk crosses on the doors of those who missed the Thursday clap.

From my survey of the world’s zoos, I’d say that of all the inhabitants, penguins appear to be coping the best. They occasionally swim to the viewing window to look for people, but they’re not that bothered either way. They’re not downcast or needy, but perfectly happy with each other’s company.

To my surprise, on my street, it’s the old couples who seem most penguin. They wave from their windows in the daytime, when every other blind and curtain is tight shut. And when they appear on the street about 5 p.m. and walk in a sensible distanced fashion in the low golden evening light, they seem stoical, almost at peace.