How to lose a Biden in 10 days

There’s talk in the New York Times of ditching the former VP. How would that work? 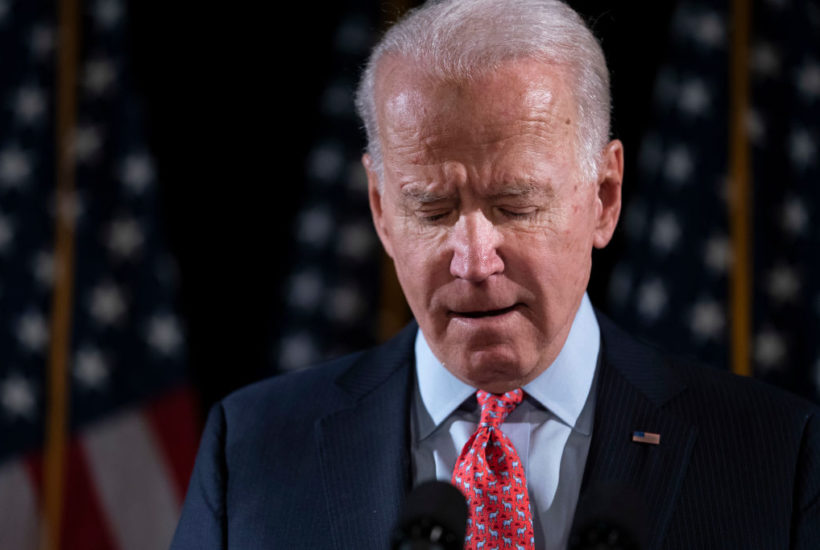 Is the bell finally tolling for Uncle Joe? It’s been over a month since former Biden staffer Tara Reade came forward with her 27-year-old allegation of sexual assault, and despite the former vice president’s denials, the story isn’t going anywhere.

The latest development comes hot off the New York Times press, where in the Opinion section Elizabeth Bruenig has told Democrats that ‘It’s Time to Consider a Plan B’. Bruenig’s final paragraph is particularly bad for Biden:

‘…it is…possible that this won’t just go away, and that it will demoralize voters and place Mr Biden at a disadvantage against Mr Trump in the general election, despite the fact that Mr Trump has a damning list of accusers alleging sexual offenses. For a candidate mainly favored for his presumed electability and the perception of empathy and decency, that’s a serious liability. To preserve the strides made on behalf of victims of sexual assault in the era of #MeToo, and to maximize their chances in November, Democrats need to begin formulating an alternative strategy for 2020 — one that does not include Mr Biden.’

It’s hard to assess how big an impact the Reade allegation will have on the Biden campaign, due to the three-way disconnect between the tenor of online debate (hysterical), the separate bubble around Biden and his allies in the mainstream media (in denial and skeptical) and the average Democratic swing voter (disengaged, more concerned with bread-and-butter issues than age-old accusations).

But if, as Bruenig speculates, the Reade scandal drags on, it could force the former VP out. On Monday, Morning Consult released results of a poll which surveyed Democratic voters after showing them a video clip of Biden denying Tara Reade’s claim: ’26 percent of Democratic voters in the May 2-3 survey said the party should select a different candidate for the 2020 general election.’

So how would a Biden-less general election look?

There are a couple of possibilities. One, or more, of the previous 2020 candidates may un-suspend their campaign in the hope of accumulating more delegates before heading for an August contested convention in Milwaukee. Cockburn imagines Bernie Sanders, the next closest in total delegate count, would be too nice to do this. Much more likely would be one of the race’s real opportunists like Pete Buttigieg or Elizabeth Warren, scuttling out from beneath the trash bag of history.

Of course a contested convention would open the door to any candidate nominated by a majority of unbound delegates. Perhaps Gov. Andrew Cuomo of New York, Gov. Gavin Newsom of California, or alleged Gov. Stacey Abrams of Georgia (she’s ‘extremely qualified‘, don’t you know?) There’s always the possibility party insiders pull another veteran of several presidential campaigns off the bench, setting up Hillary vs. Trump II.

Ultimately though, Cockburn thinks this talk of swapping nominees amounts to little more than fantasy drafting on the part of Democrats disappointed to have ended up with Uncle Joe. Biden must be really disheartened to hear all this talk of getting someone else. He thought you liked him…