The Kondo effect in politics

Does our society spark joy? 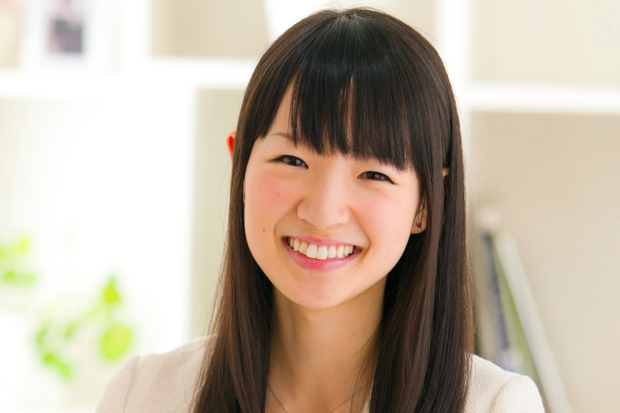 The decluttering crusade of home-organizing guru Marie Kondo has taken on a life of its own. Kondo’s effort to shame us into tidying up our drawers, closets and desk spaces began as a harmless inanity. But it’s now intruding nefariously into every realm of existence.

First, we were told that folding our underwear would spark joy in our lives. Now, we face a proliferation of magazine articles advising us to declutter ourselves of ‘unnecessary’ or ‘toxic’ friends. Clearly, not all friendships are healthy. But these assessments appear driven by market forces: they focus on what you can gain from a friend in terms of efficiencies and profit.

Where does it stop? Families are often dreaded nuisances — especially aging parents and that absurd uncle with his demented opinions at the Thanksgiving table. Should we declutter ourselves of them too?

Life’s most joyful elements tend to be of a cluttering nature, primarily because they typically involve other, equally clumsy people. Humans are complicated, and complications mean clutter. If you want no complications or clutter during your human interactions, opt for dealing with a soulless shell of a person or a robot. Or spend your days folding your underwear.

The clutter that previous generations embraced as comfort now appear unconscionable or ethically suspect. The clutter of pregnancies: an estimated 60 million abortions in the US since 1973’s Roe v. Wade should resonate at some level, no matter your opinion on abortion. The clutter of children: the US birth rate is now the lowest it has been in 35 years. The clutter of old people: the cost of assisted living is soaring as demand to pack off our cumbersome aging relatives outstrips capacity.

One striking example is how we are edging closer to becoming a society without Down’s syndrome. Iceland appears on track to becoming the first country where no one gives birth to a child with this condition that causes learning difficulties. Almost every pregnant woman in Iceland screens for Down’s, with a positive diagnosis virtually guaranteeing termination.

All humans are increasingly suspect in the eyes of some environmentalists. I have heard everyday folk, not just from policy wonks and fired-up environmental campaigners, talk of how the world would be better off with less people cluttering it up. If a big Malthusian check comes along, well, they shrug, there you are, probably for the best.

Environmental concerns are legitimate and necessary, but this creed of decluttering suffused with weirdly anti-human sentiment points us in a nihilistic and dark direction. The combination of narcissism and technocracy nudges us toward the myopia captured in Joseph Stalin’s famously brutal but perceptive quote: ‘A single death is a tragedy; a million deaths is a statistic.’

When numbers go up and a great scale is reached, the amount of sympathy people feel goes perversely down. This human tendency to turn away from mass suffering is termed ‘the collapse of compassion’ by psychologists Deborah Small and Paul Slovic. The problem is that compassion has been collapsing at all levels throughout the social fabric meant to be binding us. This has hollowed out the moral center of America, leaving it increasingly divided and polarized — all too ready to explode in riots after another unarmed black man dies in police custody.

America is crying out for a thorough overhaul. It’s going to take a lot more than Marie Kondo’s bubbly personality to tidy up the mess. The order we need to restore is bigger than the underwear drawer.