What exactly Trump seeks to hide, and how Russian it is, has fallen to Bob Mueller and his cadre of seasoned investigators to unravel 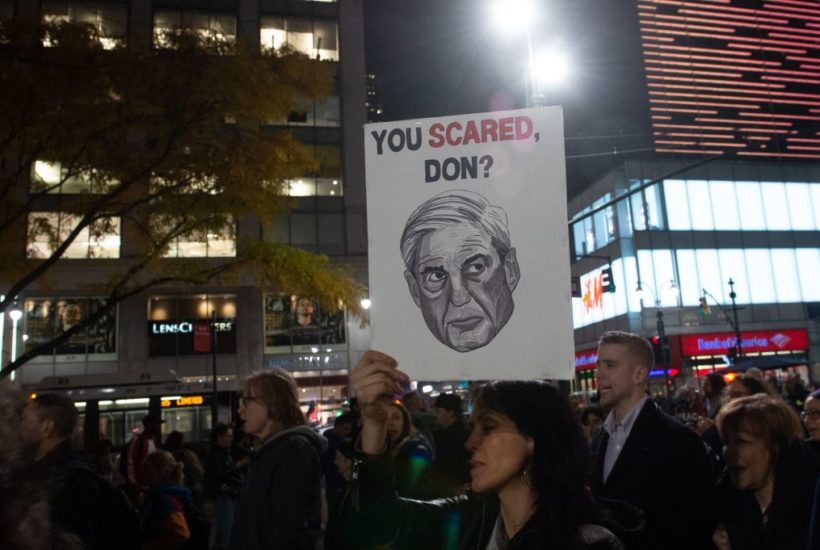 The central fact of Donald Trump’s presidency is that it was never supposed to happen. Running for the White House was a publicity stunt, The Donald’s biggest yet, a bold effort to pump up his brand several notches and get more money for his myriad gigs. It was never a serious run for office. Yet, somehow, it worked.

Anecdotal evidence abounds. There was the stunning lack of a bona fide victory speech on the night of November 8, 2016. What Trump delivered in response to his unexpected victory was incoherently ad hoc even for him. Winning was never part of the Trumpian plan. As Howard Stern, who has known our 45th president for decades, explained, ‘Believe me, nobody wanted Hillary to win more than Donald Trump.’

Being president is a massive hassle, no how much of a part-time job Trump has endeavored to make it, with vast blocs of nebulous ‘executive time’ on the presidential calendar. Worse, winning the White House has exposed Trump’s decades of shady dealings to serious investigation and exposure for the first time.

Conducting secret meetings with Kremlin representatives to get dirt on your political rivals is not something done by normal Western politicos, but Team Trump was never normal. By parleying with shady Russians in 2016 they were merely doing what they had done for many years. Why stop just because you’re running for president?

Now, it has all caught up with The Donald, and there’s no way out. The president has desperately sought exits since his first days in office, when he compared America’s spies to Nazis for knowing his secrets. Presidential rants against the illusory ‘Deep State’ have become rote, long ago losing their ability to shock via tweet. Public vitriol against the Intelligence Community has been one of the few themes which President Trump has been able to stick with consistently.

It hasn’t worked, instead having the opposite effect, and America’s spies loathe Trump has they have no other president. Neither did firing FBI Director James Comey in early May 2017 quash the president’s Kremlin problems as Trump expected. Instead, it made Comey a martyr and quickly resulted in the appointment of another former FBI director, Robert S. Mueller III, to head a Special Counsel investigation into just what was going on between the president and Russia during Trump’s unexpected journey to the White House.

That was a year-and-a-half ago, an eternity in Trump-time, which thanks to ‘modern presidential’ antics excels in making the daily news cycle seem like a decade. What exactly has Mueller achieved? The important parts we don’t know yet. Mueller has run an exceptionally tight ship by Beltway standards, emanating no uncontrolled leaks of substance.

So far, the Special Counsel has indicted 32 individuals, two-thirds of them Russian spies, for illegalities connected to Trump’s election. Most famous on this list are retired Lieutenant General Mike Flynn, Trump’s abortive first national security adviser, and Paul Manafort, Trump’s longtime associate and 2016 campaign manager. Both men’s expansive ties to Russia, some of them clandestine, led to their indictment.

It’s obvious that Team Mueller is moving in concentric circles. First, Russian officials go down (in absentia). Next come Trumpers with too-close connections to known Kremlin spies. Soon core members of Team Trump will be on the chopping block, facing myriad charges. Trump factotum Roger Stone and Don Trump Jr., the president’s first-born son, are said to be on Mueller’s short-list of coming indictments. That there are reported to be ‘dozens’ of unsealed indictments waiting to be opened in this case indicates that coming months will be unprecedentedly bumpy for the White House.

Then there’s Mueller’s official report on 2016, the contents of which are unknown outside the Special Counsel’s office, but which seems certain to be unflattering to the president and his shady retinue. Some version of that report will eventually reach the public via Congress – the ‘real’ report is highly classified since so much high-grade intelligence has informed the Mueller inquiry – no matter what the president does.

Trump keeps trying in his ham-handed way to buy time, since stopping Mueller is no longer possible. His last shot was the unceremonious firing of Jeff Sessions as attorney general, which Trump had wanted to do for more than a year, ever since Sessions had the temerity to recuse himself from the Russia investigation. The attorney general’s temporary replacement by Sessions’ chief of staff, the pliant yet flatly unqualified Matthew Whitaker, a Trumpist hack of no distinction, immediately blew up in Trump’s face as prominent Republican lawyers attacked the White House’s blatant effort to silence Mueller, at last.

That hasn’t happened, and now won’t. Whitaker lacks the political capital to do much of anything at this point, so Trump has no decent cards left to play. The White House may try to sink the Mueller inquiry still, in an act of kamikaze-like desperation, but that will only blow up the administration too. It’s obvious that Donald Trump has secrets to hide. Since his first day as president, he has conducted himself in a manner that appears desperate to keep something under wraps at all costs.

What exactly Trump seeks to hide, and how Russian it is, has fallen to Bob Mueller and his cadre of seasoned investigators to unravel. We can be certain that they will get to the bottom of this presidential mystery, though exactly when is the big question hanging over Washington, DC. More indictments may drop tomorrow – or next year. Only Mueller and his innermost circle know what everybody in our nation’s capital wants to find out.

President Trump, all his exits blocked, and off-ramps folded up, has settled on rage-tweeting at Bob Mueller as his salve. This is temporary and, in the end, unsatisfying. Donald Trump never wanted to be president, and by moving into the White House he guaranteed that his dubious commercial and personal relationships would get serious scrutiny for the first time. This is a saga like none that Washington has seen before, and its approaching end-stage likewise promises to be something novel for America.