Nancy Pelosi says she isn’t going anywhere. But why not? 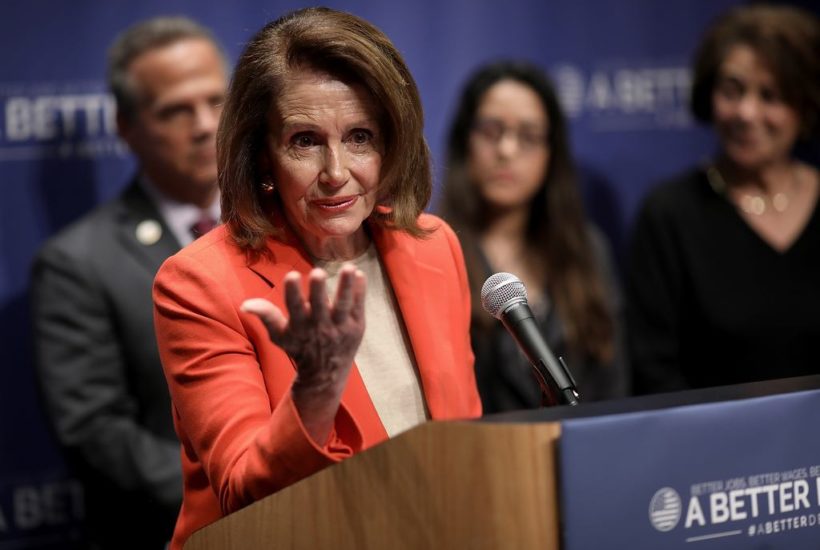 Don’t count your chickens before they’re hatched. That’s an old proverb but one that the 78-year-old Nancy Pelosi never seems to have heard. The House Democratic leader gave an interview yesterday to the Boston Globe in which she was by turns doubtless, defensive, and defiant.

“Nancy Pelosi wants you to know she’s not going anywhere,” the Globe’s story began, and that encapsulates the congresswoman’s attitude. She is confident the Democrats will retake the House of Representatives in November’s midterm elections, and she is confident she will remain leader and thus become the speaker of the House when that happens.

Confidence is conducive to success in any endeavor—and it’s crucial to a people-focused field like politics—but there’s a difference between confidence and cockiness. The smug sureness of the latter is part of the reason Pelosi’s fellow-traveler Hillary Clinton didn’t win the White House in 2016. She was so certain of victory, she all but ignored Michigan and Wisconsin, crucial states that helped make Donald Trump president.

Republicans are likely to use Pelosi’s latest remarks in their advertising push that closely connects many of the candidates running this fall to the unpopular House minority leader. Pelosi’s not worried. “The more they do it, the more money I raise,” Pelosi told the Globe. “Because I have a following.”

Yes, despite having an approval rating under 30 percent, Pelosi is still popular among one group of people—the establishment Democrat donor class. She announced this week that she had raised over $16 million for the party in the first quarter of 2018, an impressive number. But money isn’t everything, and her fundraising ability hasn’t kept many candidates from repudiating her. As the Globe pointed out, “Anti-Pelosi feeling was so strong in the special election in a Republican-leaning Pennsylvania district earlier this year that Democratic candidate Conor Lamb paid for his own ad boasting that he ‘already said on the front page of the newspaper that I don’t support Nancy Pelosi.’ He won the seat.”

On the Washington Post website last night, David Weigel published a piece quoting a number of swing-district Democratic candidates who believe it’s time that Pelosi’s 16-year leadership tenure came to an end. They clearly see her as poison to their efforts to turn red districts blue.

Globe columnist Scot Lehigh, who was in the meeting with Pelosi, noted that she refused to put her money where her mouth is. “Wouldn’t it be an ultimate expression of her avowed confidence to declare that if the Democrats fail in the fall, she will step aside as their leader?” he asked. She wouldn’t even entertain the thought of stepping down.

That sort of entitlement among the establishment is what led to the surprising results of 2016. Self-described socialist Bernie Sanders was able to give the well-oiled Clinton machine a run for its money because Americans of all ideological stripes are sick of the status quo. Democrats have a very good chance of taking back the House in this year’s midterms. But November is an eon away in political terms, and big events could completely change the landscape between now and then.

The Globe quoted one Democratic congressman who seems to have the right idea—and perhaps came a little too close to revealing the truth of how Washington often works. “We’ve really got to focus on getting the House back, and then we can begin infighting after,” Massachusetts’ Stephen Lynch said.