It isn’t necessarily the economy, stupid!

Predictions of Trump’s political death are once again grossly premature 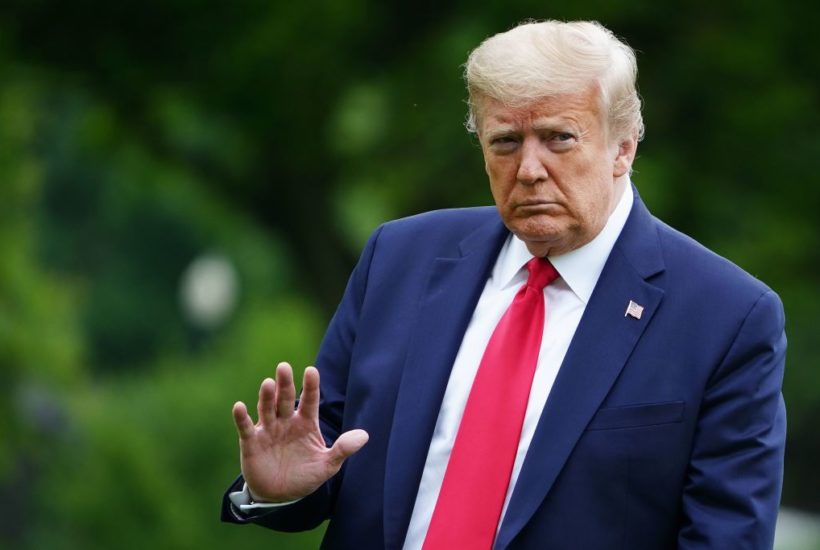 Donald Trump walks across the South Lawn of the White House

‘It’s the economy, stupid!’ With those now famous words, the Democratic strategist James Carville summarized the 1992 election between President George H.W. Bush and Arkansas governor Bill Clinton. Carville captured a fundamental reality. From 1932 to today, only three incumbent presidents have lost their reelection campaigns: Herbert Hoover in 1932, Jimmy Carter in 1980 and H W Bush in 1992. Each man fell thanks to economic woes.

As of March 1, 2020, Donald Trump’s reelection campaign was also all about the economy, stupid. Trump’s ‘Keep America Great!’ economic record had been very strong. The stock market had hit record highs, with the S&P 500 reaching nearly 3,400 and the DJIA almost topping 30,000 in mid-February. Unemployment had reached record lows for virtually every segment of the American population, including African Americans, Hispanic Americans and Americans without high-school degrees.

Wages were up for many Americans, and rising faster for lower-middle-class Americans. The housing market was popping. Trump replaced the anti-worker Nafta with a new trade deal and got China to agree to a Phase One deal that boosted agricultural exports and curbed some of China’s trade abuses. Trump’s tax cuts and regulatory reforms had juiced the economy so it continued expanding at a faster pace than it had under the Obama-Biden administration.

Then the Wuhan virus moved from potential threat to full-fledged pandemic and shut down the country. The US economy, like every economy around the globe, flatlined. The speed with which things cratered was simply unprecedented in modern times. Talk of a new Great Depression became commonplace. More than three months later, much of America remains shut down. Unemployment claims are topping 36.5 million and estimates of GDP decline exceed 20 percent.

With so much economic destruction, conventional wisdom suggests that Trump’s reelection is doomed. As so often with Trump, however, predictions of his political death are once again grossly premature.

The 2020 election will not be all about the economy. It will be far more about who can protect America best from the threat of China. The focus on the economy won’t be its current condition — as it was in 1932, 1980 and 1992. Rather, voters will be wondering who they believe is more capable of rebuilding it.

As he has done since descending the escalator at Trump Tower in July 2015, Trump will drive the debate over the next six months. He and his affiliated political entities possess far more money than Joe Biden and his team, and they will use it to make China the core issue. Trump has every incentive to make the debate about China. Over the last 30 years, he has voiced concerns as to how China manipulated trade to harm America. His hard-nosed positions on China over trade and its militaristic ambitions are firmly ingrained in the American psyche. Biden will throw money down the drain trying to convince Americans otherwise.

There is no doubt that Biden is weak on China. His now infamous statement to Iowa voters that China wasn’t a threat to America will be played over and over. There isn’t much Biden can point to from his time as vice president in which the Obama-Biden administration took tough stances against China.

Moreover, one of the ironic outcomes of the Democrats’ zealous impeachment drive is that it ended up amplifying Hunter Biden’s Ukrainian Burisma involvement and that $1.5 billion sweetheart deal which happened to come after he visited China with his dad on an official government trip as vice president. The ‘Beijing Biden’ attack line will stick, and with good reason.

As America tries to regain its footing after the shock of the pandemic, blame will shift away from the President and toward the Chinese regime. Beijing, we learn, hoarded personal protective gear and other items needed to battle the virus. They pressured the WHO and other countries to keep quiet about the virus. Trump can and will keep pointing to his early decision to prohibit travel from China, which Biden called xenophobic, as a key reason why America’s death count has fallen way below the initial estimates.

The crashed economy will be a major issue of course, but it will be a question of what to do now more than which candidate to blame. Trump can make the case that he made America great once, so voters should give him the chance to make America great again.

Trump will point to his pre-pandemic record while noting, not untruthfully, that he fought a daily trench war with the Democrats and the media over the Russia collusion hoax and their highly partisan impeachment. Imagine what a Trump administration would be able to do without being distracted and weighed down by such hyper-partisan activities, he could say.

Critically, Trump’s economic message will resonate in the places that matter the most in terms of winning the Electoral College. The same working- and middle-class voters who abandoned the Democratic party in 2016 in Ohio, Michigan, Pennsylvania, and Wisconsin experienced strong personal recoveries under Trump after eight years of mediocrity under Obama-Biden. Those voters will have no reason to switch horses now, especially given their resentment toward the Chinese government that has hurt their communities so much in the last 30 years.

Don’t forget, during the crazy Democratic party presidential primary, Biden took economic stances that will hurt him among key voters in the battleground states. He signed on to the Green New Deal that will kill blue collar jobs — over 250,000 just in Ohio — and cost tens of trillions to implement. There will be no reshoring of non-green manufacturing in a Biden administration. Biden went on CNN to say that the virus created an opportunity to ‘fundamentally change the science in relation to global warming’. But one casualty of the pandemic will be trust in complex computer models to predict the future, which will undermine climate-change arguments given so much of that movement’s dependence on complex computer models.

Biden also attacked fracking and wants to ban its use, thereby curtailing America’s newfound energy independence. Biden is soft on illegal immigration and supported the idea of giving free healthcare to illegal immigrants. None of these policies will be received favorably by non-left leaning voters.

It is starting to look like a few Democratic governors are intentionally delaying reopening their states in order to extend the economic harm to hurt Trump. With many Republican governors moving to open things back up in places like Florida and Georgia, the delays will look increasingly partisan. If that happens, as they did with impeachment, the Democrats will harm themselves more than Trump.