Why is the New York Times recommending anti-Semitic conspiracy theories? 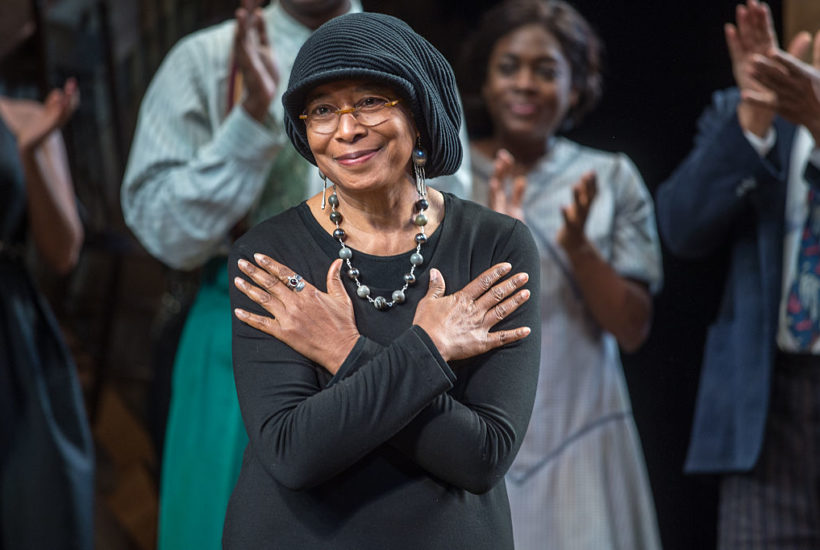 Cockburn enjoys relaxing with the papers on the weekend. He especially enjoys a good books section. If he can’t find one, he reads the New York Times’s book reviews on a Sunday. The section has long since functioned as a safe space where liberal Brooklynites can promote their friends’ novels. Current editor Pamela Paul has extended that logic, and upped the quotient of promo features where celebrities get to sell their memoirs by patting back the softest of questions to an admiring interviewer.

So imagine Cockburn’s surprise yesterday morning when the Times ran The Color Purple author Alice Walker’s recommendation of And the Truth Shall Set You Free by David Icke. As the truth might well set you free, Cockburn can tell you there’s no truth to David Icke, a recycler of the Protocols of the Elders of Zion and myths about aliens in human form. And the truth about Alice Walker is that she is an anti-Semitic fool.

In 2013, Walker chose Icke’s Human Race Get Off Your Knees as the one book she would take if she were stranded on a desert island. Icke’s book claims that the planet is ruled by shape-shifting reptilians and ‘Rothschild Zionists’. In 2017, she posted a poem on her website — it’s still there — that called the Israeli state ‘demonic / To the core’, claimed that its unique ‘evil’ was inspired by the ‘poison’ of the Talmud:

Are Goyim (us) meant to be slaves of Jews, and not only
That, but to enjoy it?
Are three-year-old (and a day) girls eligible for marriage and intercourse?
Are young boys fair game for rape?
Must even the best of the Goyim (us, again) be killed?

And so on. Foul drivel, indicative of an enfeebled mind given to racist conspiracy theories. The sort of person that the New York Times, so woke and careful in its every statement, so proud of choosing what’s fit to print, would want nothing to do with. The sort of person, really, that any sane and civil person would want nothing to do with. A racist, a spreader of hate and lies, and a promoter of shoddy and malevolent conspiracy theories by people like David Icke. A perfect pick, then, for Pamela Paul’s Books section.

‘What book is on your nightstand?’ asks the groveling and anonymous Times interviewer. Walker replies:

‘And the Truth Shall Set You Free, by David Icke. In Icke’s books there is the whole of existence, on this planet and several others, to think about. A curious person’s dream come true.’

The dreams that Walker finds so plausible in Icke’s book include the Protocols of the Elders of Zion, which he refurbishes as ‘the Illuminati Protocols’. They include the demented claims that B’nai B’rith, a Jewish charity, covertly controls the KKK; that European neo-Nazi groups are covertly controlled by Mossad and the Anti-Defamation League; that the Warburgs, as Jewish ‘international bankers’, financed the rise of Hitler; and that schools should encourage children to question whether the Holocaust happened.

Too bad that Alice Walker is the kind of tinfoil hatter you’d move away from if she sat next to you on a bus. Much worse that the New York Times should offer itself as a platform for the dissemination of racist propaganda.

The Times has spent the last three years telling us that Donald Trump represents a racist and even fascist takeover of American institutions, and that online conspiracists have making us all stupid with fake news. Now the Times prints unchallenged a recommendation of a racist book, filled with fake news of the worst kind, much of it inherited from the fascists of old.

Why? Could it possibly be that to the liberals of the Times, a black woman of the left like Walker can do no wrong? Or is it only that the Times no longer bothers with the most elementary of professional standards, like checking sources? The most cursory of internet checks would have shown that Walker has a long record of anti-Semitic ranting.

Cockburn rang Pamela Paul’s office number today for comment, but she wasn’t there. He rang the Books desk too, but no one answered. Not surprising. Pamela Paul and her staff are asleep at the wheel.