Obama should apologize to Trump 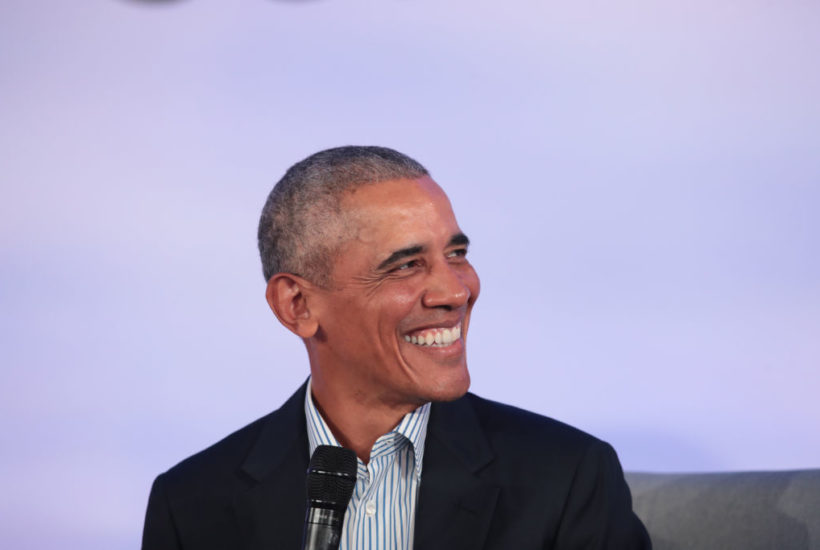 Anyone who has children understands the importance of teaching them to say ‘sorry’ when they’ve done wrong. Apologizing for causing harm to others teaches our young to be empathetic. Being able to say sorry helps knit the fabric of society together. Otherwise, our social contract would devolve into petty squabbles and endless lawsuits.

Alas, in the last few decades, as America has become more and more engaged in a cold civic war, we appear to have lost the ability to be contrite, especially in politics.

We now know unequivocally that there was no substantial basis for the investigation of Donald Trump, his campaign, and those associated with him for Russian collusion. We know that because Robert Mueller and his crack team of Ivy League A-gamers told us there was no evidence of collusion after spending over $30 million and forcing hundreds of people to incur tens of millions of dollars in legal fees. We also know that because every document released thereafter further exculpates Trump and those around him.

In fact, not one document released since Mueller finished his fishing expedition has supported the Trump-Russia collusion narrative. Not one. Keep in mind, we aren’t just talking about a handful of classified documents recently declassified. We are talking about thousands of pages of transcripts of more than 53 witnesses who were deposed, including Obama administration principles James Clapper, Evelyn Farkas, Andrew McCabe, Samantha Powers, Ben Rhodes, Susan Rice, and Sally Yates. Intriguingly you have to wonder why James Comey and John Brennan weren’t deposed. Many of these same people who were privately under oath saying there was no evidence of collusion were publicly going on CNN, MSNBC, and Twitter claiming there was evidence and that Trump was a ‘Make Russia Great Again’ traitor.

House Intelligence Committee Chairman Adam Schiff is the poster boy of this problem. Schiff shouted (and leaked) from the mountain tops on any channel that would have him. He said that he knew there was evidence of collusion because he had seen it. At the same time Schiff made these claims, he sat in all of those depositions and heard witness after witness admit there was no evidence of collusion. In Washington, that’s is called politics. On Main Street America, it is cheating and defaming. Schiff is thought to be harmless in DC. In the real world, weasels like him should get in trouble

In stark contrast, from before the election to the end of Mueller’s investigation, every single leak that occurred cut against Trump’s innocence. Every one of those leaks has now been utterly debunked by Mueller’s conclusion and the documents released thereafter. The Steele dossier has been debunked. The FISA warrants on Carter Page were deeply flawed thereby rendering them improper. The pursuit of Gen. Michael Flynn was baseless. Virtually everything many senior Democrats said about Trump and Russia simply wasn’t true.

America’s mainstream media aided and abetted the mass distribution of lie after lie, yet never seemed to get anyone to leak any of the exculpatory documents now coming out. Despite irrefutable evidence that the Clinton campaign was guilty of violating election laws and hiring a foreign national to work with other foreign nationals to influence our election, the media relentlessly kept up the charade against Trump that he had committed that crime.

You would think that such an outcome would result in an apology for the lies told, the lives destroyed, the reputations damaged, and the further shredding of our societal cohesiveness and Constitution. Many of those people dragged through the mud, deposed, threatened with prosecution spent their lives’ savings on lawyers or, worse, went into debt to defend themselves.

Yet, not only has no one involved in the pursuit of Trump and his team apologized for their role, but every single one of them has doubled-down on what they did by continuing to claim they were right regardless of what the growing evidence shows. Their hatred for Trump is used to justify all of their actions no matter that those actions have done more to shatter our norms than anything the 45th president has done.

People like Comey wrote books about how virtuous they are and how bad Trump is, making millions off those Americans only too eager to believe that Trump is pure evil. They told us to trust them as they hid behind the veil conveniently provided by their security clearances, classified documents, and unnamed sources. Unfortunately for them, the veil is now being lifted as more documents are unclassified and the picture of what they did gets clearer each passing day.

Their day of reckoning is coming.

Some likely will be indicted by US Attorney John Durham. Far more will face multi-million-dollar lawsuits from Carter Page, George Papadopoulos, Michael Flynn and others maligned and wronged in their pursuit of Trump. It will be interesting to see who is smirking when the dust settles in the coming years.

And to think, most of what has transpired over the last three years could have been avoided had a handful of people went to Trump in mid-January 2017, told him what had occurred in the previous few months, asked him to forebear getting revenge, and said ‘we were wrong and we are sorry’. Imagine how different things could have been as the tenor of our national debate focused on our problems, not our hatreds.

Michelle Obama famously claimed that when they go low, we go high. Perhaps her husband whose administration started all of this madness should give a short but powerful speech in which he admits error, apologizes to Trump and those wronged, and pledges to help them restore their reputations and pocketbooks.

I can’t imagine a better lesson to teach our kids — even presidents make mistakes and are capable of saying sorry.