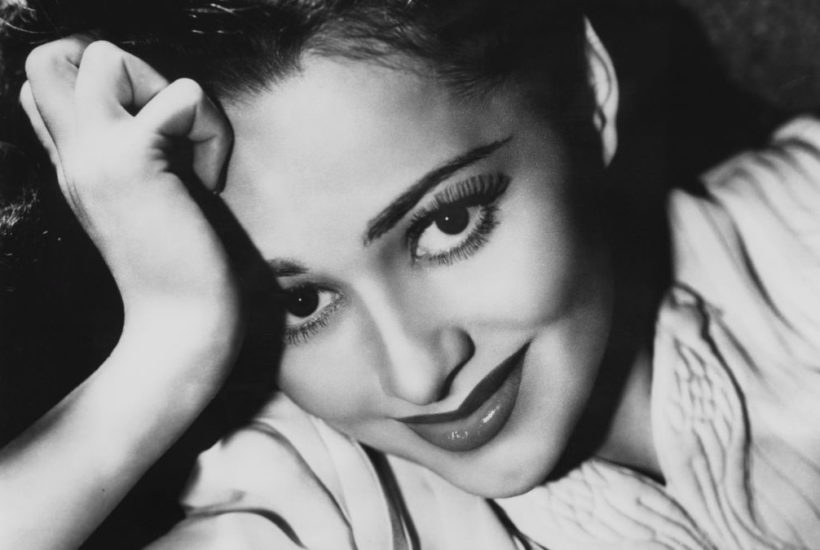 Olivia de Havilland, who has passed aged 104, will forever be remembered for the role of Melanie Hamilton in Gone with the Wind, a performance that earned her a Best Supporting Actress nod from the Academy. She would go on to star in acclaimed romantic dramas like To Each His Own and The Heiress, both of which brought her Oscars for Best Actress, but to fans of classic movies she will always be Scarlett O’Hara’s sickly cousin, love rival but ultimate ally. She was cinema’s quintessential southern belle: genteel on the surface, steel underneath.

Less well known is that de Havilland was a lively anti-communist and worked to expose and counter the influence of Soviet sympathizers in Hollywood. Perhaps her finest moment was in teaming up with Ronald Reagan to reveal that the Hollywood Independent Citizens Committee of the Arts, Sciences and Professions (HICCASP) had become a communist front organization. In 1946, Arthur Schlesinger Jr. charged that HICCASP was in the grip of the red menace and de Havilland and Reagan were among executive board members tasked with drafting a resolution in response.

Screenwriter Dore Schary invited the future president to accompany him to de Havilland’s apartment, where she told him that she agreed with Schlesinger’s assessment: Soviet sympathizers were now running the committee. Reagan was astonished not by the admission but by the person making it. ‘You know, Olivia, I always thought you might be one of them,’ he confessed. ‘That’s funny,’ she shot back. ‘I thought you were one of them.’ In fact, de Havilland had recently had a run-in with the Moscow groupies running HICCASP. She was assigned a speech to deliver replete with communist propaganda. Affronted, she removed every line of red ideology and replace it with liberal anti-communist oratory.

That night in her Hollywood apartment, she, Reagan and their allies devised a plan: they would draw up a mildly-worded resolution but tack on the end a declaration of ‘belief in free enterprise and the democratic system’ while repudiating communism as an undesirable political system for the United States. No one could possibly disagree with these sentiments. No one, except communists.

De Havilland tabled the resolution before the executive committee. She was the only member to vote in favor. As Reagan reflected in his memoirs: ‘It was all the proof we needed: HICCASP had become a communist front organization hiding behind a few well-intentioned Hollywood celebrities to give it credibility.’ The following day, he joined de Havilland in resigning from HICCASP, unveiling its true function as a stooge for America’s enemies and their ideology. One week later, HICCASP shut up shop and sent the useful idiots in search of other front to hide behind.

De Havilland was only 30 when she did this, which makes her courage in standing up to communist intimidation all the more extraordinary. She would have been well aware that taking a stand would cost her future roles and perhaps it did on occasion, given the far-left’s facility for clinging on bitterly to both institutions and grudges. Today celebrities congratulate themselves on their bravery for calling Donald Trump a fascist or a Kremlin agent. (The radical left used to long for the United States to be run by Russia; now they’re convinced that it is.) De Havilland showed what real courage looks like.

Some Hollywood cold warriors like Reagan eventually shifted to the right, but de Havilland was not one of them. She remained what she had always been: an old-fashioned New Deal Democrat. She was not an anti-communist in spite of being a liberal, she was an anti-communist because she was a liberal. There is a lesson in that for today’s liberals, many of whom lack the basic confidence in their own ideas and institutions required to resist the radical authoritarian left.

As coercive progressivism has trampled over once revered principles of free expression, freedom of conscience, racial equality and the rule of law, liberals have one after another caved and conceded to the mob and dogma of the mob. They have read the speech assigned to them without the slightest revision. They have evinced not one ounce of the mettle de Havilland displayed. Their liberalism pales against hers because it is no liberalism at all. It is a holding position until the next revolution, when fundamentals will again be chucked overboard in favor of fashion and sentiment and tribalism.

Nothing has damaged the liberal philosophy as grievously as allowing progressives to trade under its name. Liberalism is not pragmatic radicalism. Its purpose is not to make the unconscionable appear palatable or the unworkable plausible. Its purpose is to cultivate a free society and from there to amend laws and develop customs in response to needs or in line with ideals that emerge from a belief in personal liberty and the dignity of the individual. To be a liberal is to be an eager foe of doctrines that subsume the individual into the state, the group, the race or the nation. Olivia de Havilland was clear-eyed in the face of tyranny and totalitarianism. As we commemorate her accomplishments on the silver screen, we should also remember her liberal spirit and strive to keep it alive.