Unlike real life, the possibilities are never-ending 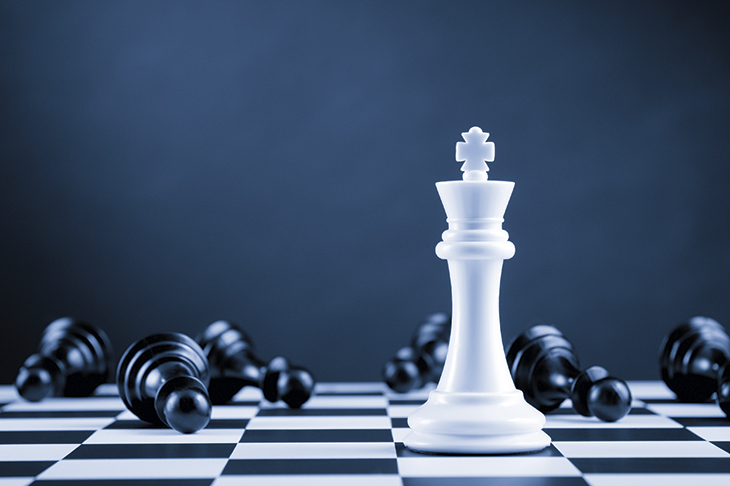 How have you been filling these listless homebound hours we’ve been given by the government? I’ve been frittering them away playing online chess, and it seems I’m not alone. The Economist reports that traffic on chess.com, the leading chess website, has more than doubled during lockdown. Log on at any time and you’ll find tens of thousands of games in progress.

Once upon a time, in that lost age before the world wide web, chess players had to get dressed and leave the house to feed their habit. Now, in our brave new virtual world, those days are long gone. Today anyone with an internet connection can play ad infinitum, against an endless array of players from all around the world. Simply fire up your computer and away you go.

Whatever time you log on they’re always there, your faceless fellow addicts, huddled over their laptops. Day and night have no meaning in this worldwide netherworld. If it’s midnight in London it’s mid-afternoon in LA and early morning in Singapore. You can play around the clock and it won’t cost you a penny. Time is the only thing you stand to lose. Days drift by and nothing ever changes. The game means nothing. It teaches you nothing. There is no greater waste of time, no greater waste of life, than chess.

Online chess is the ultimate lockdown sport. It has been entirely unaffected by the virus. Simultaneously remote and intimate, the game is utterly immune. Indeed, if anything it seems there are even more players out there now than ever before. Individuals come and go but no one really cares. There are no personalities in cyberspace.

When you sign up you register your nationality and a little flag appears beside your name, but this detail is irrelevant. Nobody pays it any notice. There is no international rivalry, no national style of play. When the crisis drove us all indoors, I feared the sublime anonymity of online chess might be sullied by a flurry of well-meaning messages from misguided well-wishers. Turns out I needn’t have worried. The message boards remain bare. The only thing that matters is the game itself.

So why does chess continue to enthrall long after every other board game becomes boring? Because, unlike real life, the possibilities are never-ending. After two moves each, there are already 72,000 permutations. After three moves each there are nine million, and after four moves each, 288 billion. In a game of 40 moves (about average) there are more potential permutations than atoms in the known universe — all on a 64-square board, with just 16 pieces each.

If I was a better player my obsession might be forgivable, but I’m no good at all. Overcautious in real life, I’m far too reckless on the board and my occasional lucky wins are far outweighed by foolish losses. I will surely get even worse as I grow older (chess, like any other sport, is a young man’s game). Yet though I have no talent for it, my love of chess endures. And although I’m playing particularly badly in isolation, I have learnt one thing these past few weeks. Since I’m clearly not getting any better, I may as well start losing to real people. When we come out of lockdown, I have resolved to join a chess club. The time has come to take off my dressing gown and re-enter the real world.