Where can patriotic Americans find America? 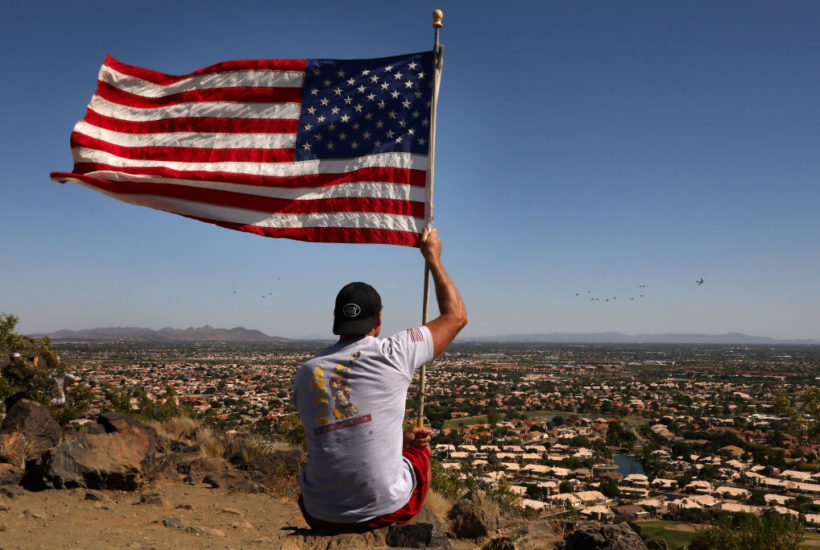 If we’ve confirmed anything in 2020, it is that liberal-progressives really do control the major influencers in America. This puts them at odds with a large number of Americans.

The entertainment industry has long belonged to the Michael Moores and Barbra Streisands of the world. A few conservatives like Tom Selleck and Kelsey Grammar managed to scratch out careers by largely remaining silent about their political beliefs, but Hollywood inundates Americans with messages largely antithetical to faith, family and free markets.

Donald Trump’s arrival made clear, too, that most major media organizations in America are far more hostile to conservatives than even the most ardent Fox News fan believed. Viewed through the lens of CNN, the New York Times and the Washington Post, the Trump administration spends most of its time locking up immigrant children, stirring the pot on racial tensions, destroying government, alienating allies and feather-nesting Trump’s pocketbook.

Conservatives tried to raise the alarm for years about the left-wing indoctrination occurring in America’s colleges and universities. It seems we pay $50,000 or more per year for our kids to spend their time creating safe spaces and boycotting right-leaning speakers. Long gone are the days when the Free Speech Movement Café at Berkeley actually allowed free speech.

Though Republicans consistently won elections across America, the increasing leftward tilt of civil servants at the federal, state and local levels married with the inability of Republicans to effectively fight back against Democratic onslaughts resulted in bigger government, higher taxes and only temporary victories. You have to wonder why no Republican has filed an ethics complaint against Rep. Adam Schiff for his devious role in the Trump-Russia affair. After all, Democrats hit Rep. Devin Nunes with a baseless ethics complaint for far less.

Then you have woke corporations. It’s been clear that companies such as Nike with their promotion of Colin Kaepernick’s protests during the National Anthem, subscribed to Democratic talk points. In the months after George Floyd’s death, even larger chunks of corporate America now also genuflect at the altar of Marxist groups such as Black Lives Matter. Company after company has adopted the messaging of liberal-progressives without so much as a word about rioting and the importance of law enforcement in keeping America safe.

Finally, what looked like a one-off mistake when the NBA and Lebron James cowered before China when it squashed pro-democracy protesters last year was really just the beginning of America’s sporting industry outing itself as socially woke political entities aligned with Democrats. Out are the National Anthem, salutes to the flag and any team name with a remotely offensive connotation; in is the Black National Anthem, bended knees, sanitized team names.

You have to wonder: where can patriotic, non-Democrat Americans find the America they love? You know, the America that fought and won the Cold War against communism; that produced Lee Greenwood’s ‘God Bless the USA’; that proudly stood for and sang fervently our National Anthem; that elected Ronald Reagan to two terms; that viewed those men and women who built our great country as flawed but courageous Americans whom we should honor.

Of course, houses of worship remain as one of the last bastions where conservative views are still acceptable, even if many churches, synagogues and mosques espouse Democratic views on social issues and government. The military and talk radio, too, seem still solidly conservative. Other than those three entities, it is hard to identify other safe spaces for those of us on the American right.

Given that a solid 40-45 percent of Americans are on the right with another chunk of independent Americans who lean right, is there a silent majority that will rise up and push back on this growing threat to America? In a binary election, will a majority in enough states really vote for the vision of Joe Biden, Bernie Sanders, Chuck Schumer, Nancy Pelosi and the Squad? Are they really as appalled by Trump’s tweets and his handling of the pandemic as most news channels insist?

A Biden presidency almost certainly would move America even more to the liberal-progressive left where more statues will come down, law enforcement will be targeted, crime will increase and the America of our parents and grandparents will become less recognizable.

Every election year they tell us that this one is the most important of our lifetime. That just might be true this year, as America has never faced the confluence of so many aspects of its society all adopting one view, which many of us find frankly anti-American.