The admission, while bland, marks the strongest sign to date of a shift in rhetoric for the 103-year-old organization 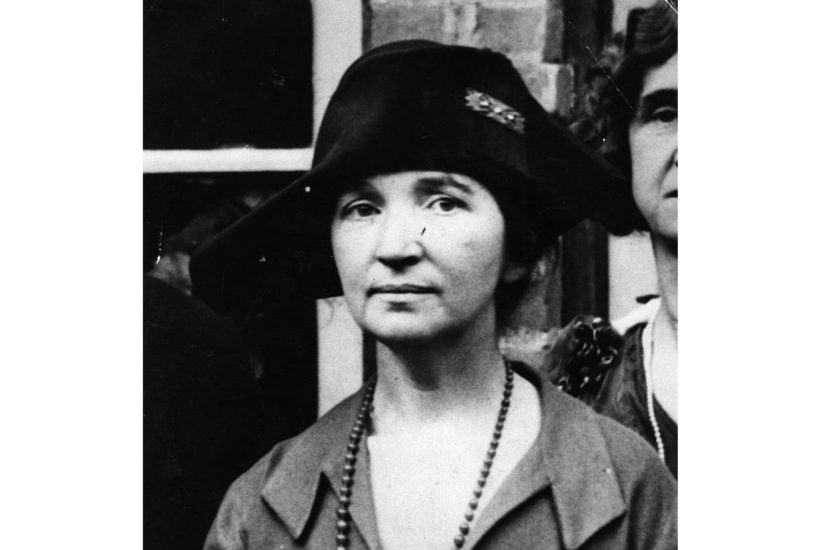 In a startling departure from its typically dogged defenses, Planned Parenthood admitted through clenched teeth this week what many have asserted for decades: that their founder Margaret Sanger was a racist eugenicist.

Planned Parenthood of Greater New York announced Tuesday that it will remove the name of Margaret Sanger from its Manhattan abortion clinic and will even lobby the city to scrub her name from a street sign near its Bleecker Street location.

‘The removal of Margaret Sanger’s name from our building is both a necessary and overdue step to reckon with our legacy and acknowledge Planned Parenthood’s contributions to historical reproductive harm within communities of color,’ reads a statement from Karen Seltzer, the chair of the New York affiliate’s board.

The admission, while bland, marks the strongest sign to date of a shift in rhetoric for the 103-year-old organization, which for years defended Sanger as a feminist icon and pioneer for reproductive rights. The nation’s largest abortion provider’s reckoning comes as protests against racism around the country condemn a plethora of historical figures, some of whom owned slaves or otherwise condoned racist practices.

In a document from around Planned Parenthood’s 100-year anniversary, the organization offered an even more milquetoast admission that Sanger ‘had some beliefs, practices, and associations that we acknowledge and denounce, and that we work to rectify today,’ hastily moving on to adulate her associations with black civil rights leaders.

‘We believe birth control knowledge brought to this group is the most direct, constructive aid that can be given them to improve their immediate situation,’ Sanger said of black Americans in 1939.

Earlier in the 1920s, black leaders including Marcus Garvey and University of Chicago professor Julian Lewis denounced birth control, warning that it appeared to be an attempt to control the black population.

In New York City, where Sanger set up shop so many decades ago, an unborn black child is now more likely to be killed in the womb than born alive. Between 2012 and 2016, only slightly over two-fifths of the 254,553 pregnancies of black women that ended in abortion or birth ended with the mother having her baby, according to the city’s Health Department.

Whether they believe so or not, Sanger’s legacy is alive and well in the mission of Planned Parenthood to make abortion widely available to minority communities. The abortion giant cannot reckon with Sanger unless it also acknowledges the fruits of her eugenicist philosophy, which are manifested today in the abortion industry’s salivating over the business of black mothers.

‘We’re not going to obliterate her,’ said Merle McGee, the New York affiliate’s chief equity and engagement officer. ‘If we obliterate her, we cannot reckon with her.’

A stay of execution for Sanger, then. Not so much for New York’s unborn black children.