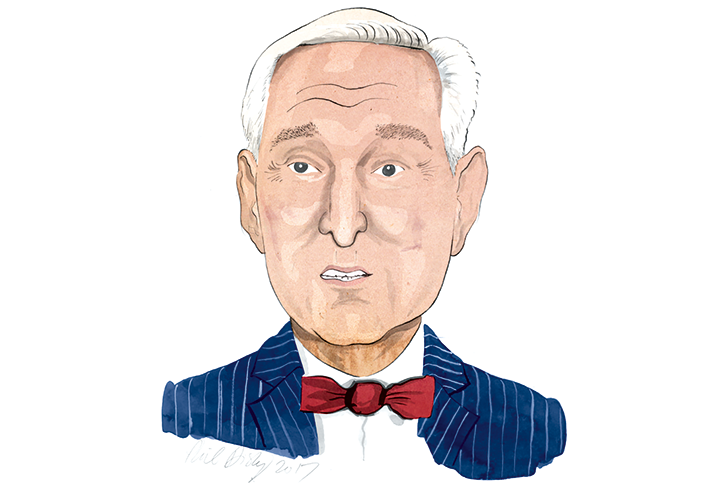 Well, he finally did it. After months of anticipation, Donald Trump has signed ‘an Executive Grant of Clemency commuting the unjust sentence of Roger Stone, Jr.’ In a statement, the White House said that Stone, a Republican strategist and former Trump adviser, has been a victim of the ‘Russia Hoax that the Left and its allies in the media perpetuated for years in an attempt to undermine the Trump Presidency.’

Roger Stone was, you’ll all recall, convicted of obstructing the congressional investigation into Trump’s 2016 campaign and its ties to Russia. He was arrested as a result of Robert Mueller’s now infamous inquiry into Trump-Russia ‘collusion’.

Unlike Trump’s former lawyer Michael Cohen, who turned on the President in a bid to appease prosecutors, Stone remained loyal. That loyalty has been rewarded. But this is not, as Trump’s critics love to suggest, just about the Commander-in-Chief protecting his cronies. The whole case against Stone was fishy from the beginning. The White House statement did not necessarily overreach when it said ‘the out-of-control Mueller prosecutors, desperate for splashy headlines to compensate for a failed investigation, set their sights on Mr Stone.’

Stone’s arrest was a monstrous spectacle. He was taken down as if he were a drug kingpin. As the White House said:

‘Mr Stone is a 67-year-old man, with numerous medical conditions, who had never been convicted of another crime.  But rather than allow him to surrender himself, they used dozens of FBI agents with automatic weapons and tactical equipment, armored vehicles, and an amphibious unit to execute a pre-dawn raid of his home, where he was with his wife of many years. Notably, CNN cameras were present to broadcast these events live to the world, even though they swore they were not notified — it was just a coincidence that they were there together with the FBI early in the morning.’

Stone, a spin master, has conducted a brilliant and typically gonzo PR campaign against his incarceration. He has turned ‘Roger Stone did nothing wrong’ into a meme and pressed all the right buttons within Trumpworld.

Having heard whispers, Cockburn recently asked a source close to Roger Stone if President Trump was about to grant clemency to his former adviser. ‘The only thing predictable about Donald Trump is that he is unpredictable,’ replied the source, elliptically, perhaps not wishing to jinx the juju of a presidential pardon.

Stone’s sentence has only been commuted, since he remains adamant that he can clear his name in court and, as the White House put it, the ‘President does not wish to interfere with his efforts to do so.’

Still, Trump has delivered. ‘Roger Stone has already suffered greatly,’ concluded the statement. ‘He was treated very unfairly, as were many others in this case.  Roger Stone is now a free man!’