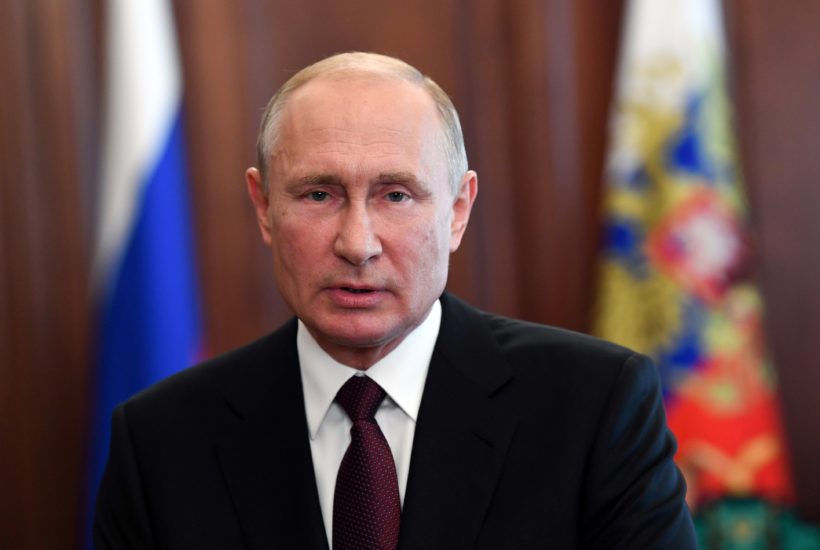 Putin has his result. After a week of postal, online and in-person voting, his controversial package of constitutional amendments that mean he could stay in office until 2036 has been passed by a hefty margin of 78 percent voted in favor and 21 percent against, with a turnout of just under two-thirds of the electorate. That Putin got the endorsement he wanted is, in fairness, not the biggest surprise of the year.

The irony is, though, that however rigged they may be, Russian elections, referenda and plebiscites do matter.

The Kremlin will ultimately get or at least claim the result it wants. The real question is how much effort it has to put into getting it. How much propaganda needs to be pumped out? How many dissenting voices silenced? How much money spent on sweeteners? And then, how much and how blatant the fraud?

What was originally, in pre-pandemic days, meant to be a triumph — a virtual coronation through the ballot box — turned out to be a hard slog. There was a massive campaign to persuade Russians that their futures and their nation’s sovereignty depended on this. From billboards along the street to pull-out supplements in popular newspapers, Russians were bombarded with exhortations to vote yes.

The Communist party, whose leaders have embraced their role as the fake opposition, were duly allowed to criticize the amendments so long as they stuck to a few public fulminations and no serious campaigning.

As for the so-called ‘non-systemic opposition’, it was divided and uncertain how to respond. But still the Kremlin did, if not crack the whip, at least carry it openly as a reminder. A defamation case was opened against opposition leader Alexei Navalny and the small protests that were staged often led to arrests.

The cost of buying popular endorsement was greater. There were giveaways and raffles for those voting. In Moscow alone, gift certificates totaling 2 billion rubles ($28 million) were distributed.

More serious will be the long-term epidemiological costs. The risks in polling are nothing to the enforced and likely premature lifting of lockdown measures to promote a mood of optimism and normality. Moscow’s mayor Sergei Sobyanin emerged as one of the unexpected stars of the often-muddled Russian response to COVID-19. Nonetheless, he was strong-armed by Putin himself into lifting restrictions earlier than he had wanted. Where he went, other local leaders followed. In two weeks or so, Russians will discover whether this was wise.

For all this, the Kremlin still had to rely on widespread electoral fraud. In some Moscow precincts, more people apparently signed up to vote online that there were registered voters, and major employers were clearly under pressure to get their workers to the polls. Overall, preliminary statistical modeling suggests the result was even less honest than that of Putin’s victory in the 2018 presidential elections.

This is likely a higher price than the Kremlin had envisaged at the start of the year. Above all, the cost is political. The more the votes are managed, the greater the cost in legitimacy to the regime. Putin’s personal ratings have been falling — especially the trust in which he is held — and while these still seem high compared to those of Western leaders, that is not comparing like with like: he has no real rivals.

He may still be held in high regard for his past achievements, but there is a growing skepticism about whether he truly is fit for the challenges of the future. Enthusiasm is giving way to reluctant endurance.

Crucially, this also applies to many within the elite. While Putin continues to protect his cronies, there is a sense he is failing in his duties, in his observance of his social contract with the rest of the people who actually manage the country for him. Putin all but abdicated responsibility for dealing with coronavirus, dumping it onto local governors without granting them the budgets and powers to match. Then he demanded that they bring out the vote, even at the cost of their lockdown measures.

It is not that Putin necessarily wants to rule until he is 84. To many, he is tired of the job, looking for a trustworthy successor and a constitutional perch to gives him immunity and the scope for some back-seat driving.

However, he has become increasingly concerned that the idea he would leave office in 2024 generates an unwanted — and to him, dangerous — search for a successor, while making him a lame duck. The constitutional changes give him options, as he can stay or go as he pleases, but all is intended to stop this obsession with 2024.

Here’s the other irony, though. To consolidate his position and stifle talk of succession, Putin has undermined his own legitimacy and alienated his own elite. Some day he may feel this was too big a price to pay.