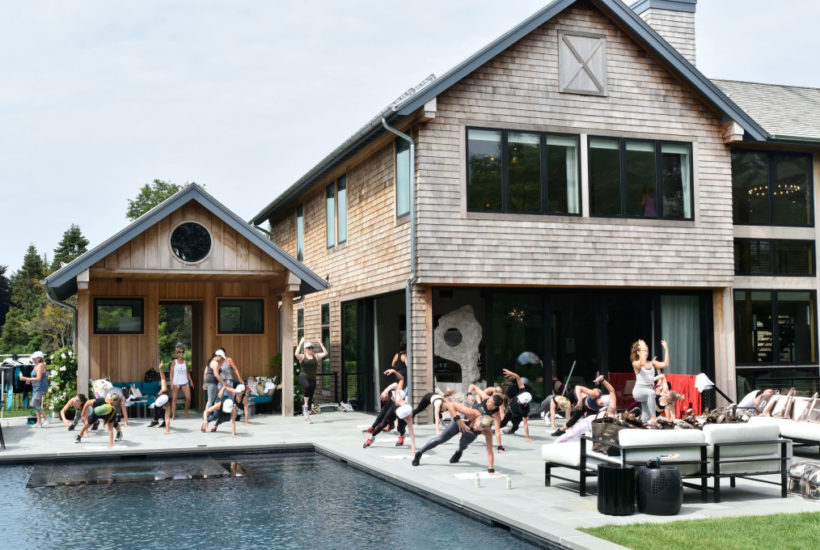 The New York Times reports on the struggles faced by families who, in the midst of the COVID-19 pandemic, have been forced to convert their second homes into their primary homes. The Gray Lady observes:

‘These homeowners share many of the same difficulties as anyone dealing with the coronavirus lockdown — working in communal spaces where their children are now present 24/7, discovering items in their home that need updating, and then renovating a home while they are living in it. In addition, these homeowners must adjust to living in relatively unfamiliar towns, often far from friends, family, or creature comforts like a favorite bagel shop or longtime barber.’

Don’t I know it. I consider myself a solidly middle-class American, making about $500,000 a year. Some people think you can make that much just by being a weekly columnist but of course that is insane. I write occasional features and book reviews as well. I am a lucky man, but I also work hard.  800-1,200 words don’t write themselves.

Throughout much of the pandemic I have actually been living in my third home. The first I bought when I was 21. People often ask me how such a young man could buy an apartment in Williamsburg. The truth is that it takes a lot of hard work and sacrifice. You might have to get a plain latte instead of pumpkin spice. You might need to order a bagel and not avocado toast. You might have to go to Europe once and not twice a year. Of course, my father’s contributions helped.

My second home is in rural Idaho. For some reason in 2016 I thought it would be a good idea to move out to the sticks and write a Waldenesque memoir about disconnecting from mass society and embracing self-reliance. I was going to farm, and fish, and raise a family, and write a lot of personal essays. I returned to Brooklyn 12 days later. Really, I should sell the damn place but that would involve having to think about the experience again.

My third house is in the Hamptons, where my grandparents left me a modest four-bedroom home. This is where I came when COVID-19 hit America. I thought about remaining in Brooklyn, with people who were forced to stay behind, in solidarity with the less fortunate. Then I realized that someone had to live to document the strangeness and the scandals of these times — and that person could be me.

Adapting to these new circumstances has been difficult. The average age in the Hamptons has to be well over 50 so the Hinge market was a disappointment. Then again, as they say, old age and lechery always beats youth and inexperience.

The locals were cautious at first. They thought I was just another New Yorker fleeing the city who might spread coronavirus in their neighborhood. Well, I’m not just ‘another New Yorker’. I’m from Williamsburg. Still, in time they have learnt to appreciate this well-meaning outsider. Either that or I cannot see them sneering behind their masks.

People don’t appreciate the financial problems even ‘well-off’ people can have. For example, what about my apartment in Brooklyn? I rented it out, but this has caused issues in itself. I was honored to take in the very sweet trans couple and I let them know it was a pleasure for them to be staying there and not a problem at all. But I will nonetheless feel bad when I evict them next month for not making the rent. People who aren’t landlords don’t realize what tough decisions we have to make. I always tell people, ‘Don’t see me as a landlord, see me as a landfriend.’ But we have to draw a line somewhere.

Really, I have had the same problems as everyone else: working from home, avoiding friends and family, and not going out to public places if I can help it. True, staying at home might be more nice when you have a gym, a swimming pool and three acres of land — but, then, a bigger property can feel lonelier somehow.

Sometimes I miss New York: the noise, the color, the sense of there always being something to do, and Loosie Rouge, where you can drink excellent cocktails in mid-century surroundings and pretend to be interested in a beautiful young journalist’s recent articles while looking down her top.

In a way, I feel like an exile, cast out my home and forced to endure the pain of isolation — in the Hamptons. It is a strange, dislocating, alienating experience. The Palestinian poet Mahmoud Darwish once wrote:

‘I am from there. I am from here.
I am not there and I am not here.
I have two names, which meet and part,
and I have two languages.
I forget which of them I dream in.’

True, he was writing about migrating from his homeland, and not having multiple homes, but the similarity exists nonetheless. When you have to leave your home, what is the difference between Hebron and the Hamptons?

Now, some people might take umbrage with this article. It might well be ‘dogpiled’. People who write for magazines like Vox, and VICE, and Jacobin, and Slate might quote-tweet it with words like ‘eat the rich’ and pictures of guillotines. I can hardly complain. After all, I know my editors commission these pieces in part because they get attention from people who hate them. But one thing I would say to these commentators is — I have seen a lot of you out here.