How not to run a literary festival

I will never isolate again, no matter how good it has been for my health 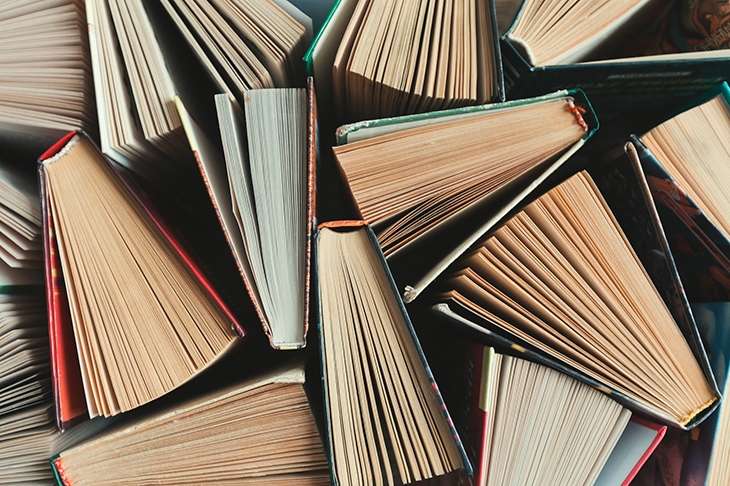 A friend of mine who lives here wants to start a literary festival and asked me if I had any advice for him. He’s a nice fellow and very friendly with my daughter, but he’s also the type who, had he been on board the Titanic, would have thought that the engines had stopped in order to take on some ice. In other words, he’s a naive man who believes in literature and writers and doesn’t realize that both commodities are unknown and probably deemed dangerous up here among the glitterati.

Perhaps I exaggerate, but I have yet to see any lovers of literature among the new arrivals: pushy, hungry bankers from Geneva, newly minted Brits who can’t pronounce the letter ‘H’, vulgar short and stubby types from the Gulf, and women-abusing Saudis. Nor is my friend’s idea as original as it sounds. Yours truly had the same one 20 years ago — it was called the Gstaad Symposium — and it hit pay dirt right off the bat, as they say in the now lawless and burning US of A. My first three guests were Alistair Horne, Lady Thatcher and Andrew Roberts, not a bad bunch for starters. All three packed them to the rafters. Then a childhood friend, ex-beer magnate and my then fund manager Charles Fix (recently departed), had a very bad idea: invite speakers who lectured on money matters. ‘People are far more interested in making money than in dead men who made history,’ said Fix. I was partly distracted back then — women troubles — and allowed him to run it. After a while came Madoff, and that was that.

My problem is that I get easily bored and running the symposium took up a lot of my time. Incidentally, one of the men involved in the Madoff scandal is now behind a new club that’s being built up the Eggli mountain. Local wits have dubbed it ‘club for losers’, a play on words because it’s called the Luge Club. It is rumored that some have paid up to SF400,000 ($423,000) for membership, others only a couple of hundred thousand. The members, I am told, are not exactly in the St James’s league, but apparently the community is delighted because the club has paid for a new ski lift and a toboggan (luge) run.

But let’s get back to books and writers. The man behind the move is Thomas Gommes, and he hopes to hold the first symposium next June. My advice to him is to start small, as he will be financing it himself. About 25 people will be billeted in the Post Hotel, a place Papa Hemingway spent time in and wrote about. Actually, I would really like it to work because this town could use more brains and less new money, but I am not so sure I’ll be around next June. If I am alive I’ll be in London partying, otherwise I will be on a boat and cruising around the Greek isles. I will never isolate again, no matter how good it has been for my health. As they say in the land of pasta: basta!

Once upon a time, rejecting the notion of the rat race and retreating to a small community was the ‘in’ thing to do. The sort of utopianism that Gstaad represented was real. We all knew each other and showing off one’s money was a no-no. People drove tiny Volkswagens and lived in chalets that were cosy and comfortable. Now, without a mega-chalet and an indoor mega-pool and cinema you are nobody, a non-person, a poor sap whom Bernie Ecclestone’s ex son-in-law James Stunt wouldn’t borrow from. People are now more likely to be judged by their possessions than by their backgrounds or manners, which means the barbarians have breached the gates and are calling the shots. (Mind you, two very good friends of mine have mega-chalets and I’ve spent lotsa time in them, but one does make exceptions for one’s self, n’est-ce pas?)

Did the old guard surrender without firing a shot? Yes and no. It died away. Americans, Belgian, British, Greek, Italian and Spanish upper classes were the main denizens of the village; the Swiss locals were delighted to share their lives and offer their services to us. Slowly but surely the place became known and celebrities began to drop in. Whereas the three famous inhabitants — David Niven, Roger Moore and Julie Andrews — kept a very low profile, when Liz Taylor and Larry the truck driver descended on us, along with her horrible children by Michael Wilding, it was the beginning of you-know-what. Even the ghastly Madonna arrived with her entourage. A Canadian slob billionaire who used to sell clothes had bodyguards patrolling his street forbidding cows and sheep to cross on his side. Almost.

Anti-intellectualism, anti-spiritualism and philistinism are now the order of the day. The simple sporting life we all came here to find so long ago is given short shrift. The apotheosis of this consciousness is of course money. Needless to say it’s not all bad. There are still young people who do not spend all their time in the town bars but take forced hikes across glaciers, trek through miles of deep snow, and bike up mountains in the summer; people like my son and some of his friends. But it’s a losing battle: the sports people vs the glitzy types. It sure was fun while it lasted, though.