Young conservatives aim to make their own ‘squad’ 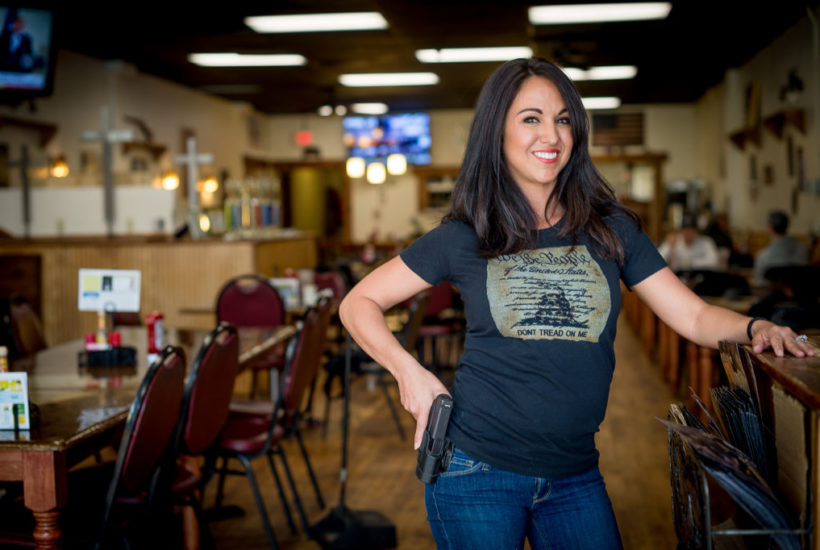 ‘Orange Man Bad’ is a fairly predominant ideological maxim of today’s American left. Many Republicans are invoking its right-wing counterpart — ‘AOC Dumb’ — in their primary races.

In 2020, several unconventional challengers have won impressive election upsets in GOP congressional primaries. Madison Cawthorn of North Carolina destroyed Lynda Bennett in a contest for Mark Meadows’s former House seat by a margin of 32 points. Lauren Boebert — a 33-year-old who owns a restaurant in which waiters open carry — unseated five-term GOP congressman Scott Tipton. Other young GOP challengers across the country have the potential to clinch similar victories.

To many voters, the goal is to create a conservative version of the ‘Squad’ — a moniker that refers to the millennial Democratic freshmen Reps. Alexandria Ocasio-Cortez, Ilhan Omar, Rashida Tlaib, and Ayanna Pressley.

In their two years of public service, the four women have collectively confused the three branches of government, clashed with Democratic leadership over anti-Semitism, allegedly committed election fraud, taken selfies during the State of the Union address and, most recently, advocated for the ‘dismantling’ of the American economy.

It is no surprise that conservative voters are demanding young representatives who will serve as a counterbalance to the Squad. And, though outsiders, preferably the members of the anti-Squad will have some recollection of the three branches of government.

Recognizing the demand for candidates who will confront the Squad, Republican primary challengers have replaced the decades-old trope of ‘running against Washington’ — positioning oneself as an anti-career-politician populist — with ‘running against AOC’.

Anna Paulina Luna — a 30-year-old former Air Force active duty service-member — is seeking to snag a congressional seat in Florida. Her Instagram account has nearly 300,000 followers and she’s managed to raise $800,000 in grassroots donations. She told Cockburn that she is ‘both an outsider and vehemently opposed to the left-wing radicals in the squad’.

Luna also says that she is especially passionate about fighting the influence of socialist ideals among younger demographics, and she sees calling out the Squad as an effective tactic ‘because the Squad has finally made open and clear what we’ve known for a long time’: that many Democrats are unapologetically opposed to constitutional rights and classical American values.

These conservative candidates  see themselves as not only representatives of their districts, but — like AOC — soldiers drafted to wage the intensifying culture war on a national level. ‘We are in a culture war for the future of America and American values’, says Luna. ‘We need people who will stand up and do what is right by the people no matter the consequence.’ Luna’s campaign website aptly summarizes what she brings to the table: ‘She is the antidote to Alexandria Ocasio-Cortez’s claim that Americans cannot pull themselves up by their bootstraps.’

Lauren Boebert utilizes a similar approach on her site: ‘Alexandria Ocasio-Cortez, the Squad and the rest of these left-wing lunatics are taking a wrecking ball to our country… I will remind them that our belief in God, Country and Family are what built the United States of America into the greatest nation the world has ever known.’

Nancy Mace, a House candidate in South Carolina who will face off against the incumbent Democrat in November, also hopes to join the new conservative Squad: ‘This is not your grandfather’s GOP anymore.’

Mara Mellstrom, Mace’s campaign manager, told Cockburn that ‘The Lowcountry wants and deserves a truly independent voice — one that will buck both parties when necessary — and never back down when called to do what is right.’ Mace will prioritize low taxes, infrastructure, veterans’ issues, and bipartisan criminal justice reform.

Running against AOC isn’t a foolproof tactic. Jessica Taylor, a young businesswoman who ran for Martha Roby’s open seat in Alabama, finished third in her primary. In her first campaign ad, she told voters that she was ‘tired of arrogant socialists like AOC, who have never even run a lemonade stand’. Declaring that she would ‘turn up the heat on the socialist squad,’ another campaign ad featured her burning down a sign that read ‘Sham Articles of Impeachment’ with an Elon Musk flamethrower: ‘In Congress, I won’t just drain the swamp, I’ll burn it down. And Nancy Pelosi, you’re fired.’

Cockburn looks forward to the eventual clash of these ready-to-scrap conservatives with the immovable Squad.