Is this the sanest debate on race yet? 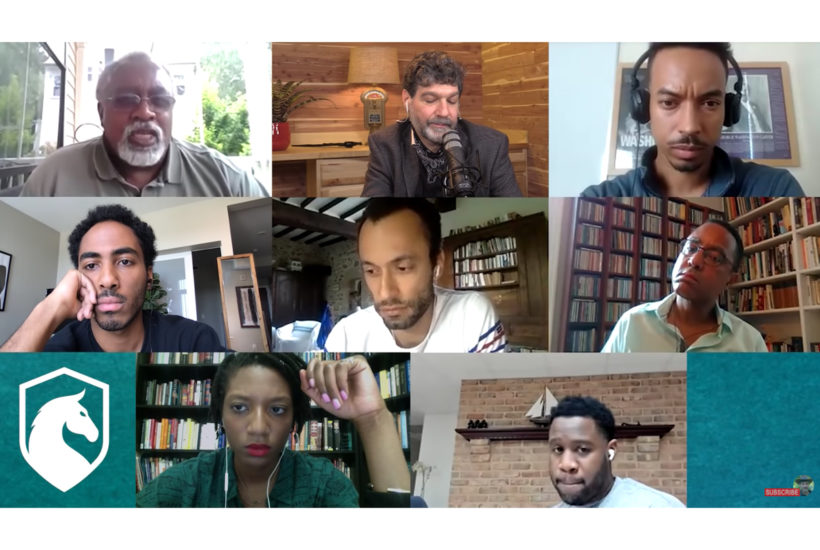 The race debate is rapidly descending into a one-note diatribe where white accountability has become the only game in town. White liberal voices now dominate an increasingly febrile narrative but alongside mainstream flagellations about systemic racism and white supremacy, a less hysterical, more nuanced discussion is taking place.

Black centrist and conservative intellectuals have been quietly trying to unpick what’s really been going on across western democracies. Their conclusions run counter to the mainstream story we are all being impelled to sign up to, namely that injustice runs deeper than mere skin color.

Conservative economist and social theorist Thomas Sowell, who recently turned 90, has been trying to open up just such a debate for over five decades but media elites have largely ignored his well-mannered persistence in favor of a noisier, more divisive grievance lobby. Sowell, currently a senior fellow at Stanford University’s Hoover Institution, has criticized simplistic arguments around reparations and social justice, arguing that a culture of victimhood, stoked by white liberals is actually holding black men in particular back. In his books The Economics and Politics of Race, Ethnic America and Affirmative Action Around the World, Sowell suggests that many problems identified with African Americans are anything but unique. He argues that for equality to exist, the most disadvantaged in our society need to be lifted out of the prison of low expectation and victimhood regardless of race. Rather than encouraging the most vulnerable to destroy the moral virtues and institutions designed to play to their better natures and thus improve life-chances, Sowell believes we should be setting in place measures that encourage full participation in the structures that have kept America functioning across the centuries — and yes that includes embracing capitalism and the nuclear family. Instead of focusing entirely on the unfairness of the system, those in power should be inspiring a generation to better themselves through a radically improved education system, a return to personal responsibility and a belief in something beyond the narrow confines of the self — in other words workable solutions that avoid empty nihilism and easy despair.

Black conservatives such as Sowell have always struggled to be heard above the din of the ideologues but now a younger, more vocal demographic has entered the fray via podcasts and long form discussion forums. This week biologist and evolutionary theorist Bret Weinstein assembled a smorgasbord of mostly young African American academics in a fascinating two-hour round table discussion that tries valiantly to unravel the root causes of the current malaise. One of the guests, Chloé Valdary who developed the Theory of Enchantment, an innovative framework for social emotional learning, believes that America is experiencing a crisis of meaning and that spiritual undernourishment has led to a retreat into polarizing groupthink where the cult of diversity and inclusion has singularly failed on its promise to unite. In this expanding spiritual void, politics has become the new religion and the popularity of books such as Robin diAngelo’s White Fragility reflect a culture that demands we turn on ourselves rather than seek out solutions. But Valdary remains optimistic, believing that the majority of Americans have grown tired of being whipped into a frenzy by an increasingly infantilized, Twitter-mob-obsessed media.

Elsewhere black conservative thinkers such as Larry Elder and Candace Owens are daring to push back against the current orthodoxy even if that means being demonized and hounded by an indignant, mainly white liberal stronghold who simply cannot stomach dissenting voices especially from a racial demographic they believe owes them unwavering loyalty.

Anyone who feels disheartened by the culture wars’ rapid descent into ad hominem attack and empty posturing should seek out these brave new voices who seem determined to unite rather than divide.