Where are the scents of yesterday? Entire countries have lost their distinctive smell

Smells: A Cultural History of Odours in Early Modern Times and Smellosophy: What the Nose Tells the Mind reviewed 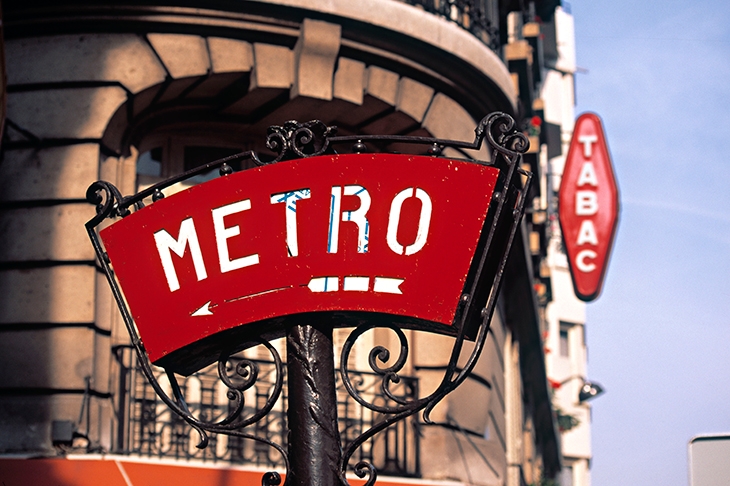 Smells: A Cultural History of Odours in Early Modern Times Robert Muchembled, translated from the French by Susan Pickford

Smell is the oldest sense. We owe our existence to it. The moment you start to talk about smell, things explode in a shimmering, chaotic starburst of epistemological and ontological complication. It is involuntary; we have no noselids. Smell stays switched on in our sleep: to inspire is to smell. It has a bigger ratio of genes than any system in any species.

Yet it remains almost unspoken of. The existence of smell — either as verb or noun — seems a guilty secret. Mr Justice Caulfield, in Jeffrey Archer’s 1987 libel action against the Star, would have caused no comment had he suggested that Mary Archer had ‘elegance’. But his gallantry led him over the brink. ‘Has she fragrance?’, he asked.

The rest of his words were unheeded. There was some stirring stuff about cold, unloving, rubber-insulated sex, but the public just nodded in sympathy. This, they understood. But fragrance was well out of order, suggesting a woman had a smell. Dash it all. And if she did, a chap shouldn’t mention it. Sort of chap who’d wear scent.

This is one of the French historian Robert Muchembled’s central lines of argument. (His name rhymes with Moosh-on-Blay.) He claims that smell is a universal sense, with a more or less universal lexicon of odors; our response to these, however, is not innate, but learned. The triumph of Femfresh, an ‘intimate hygiene spray for women’, proved the extent of our neuroplasticity: adult women can be persuaded that (a) they stink and that (b) the people who have persuaded them they stink are the right people to sell them the cure. We cannot only convince women that they stink, but men too. The trap is set. And here it is: if a woman smells bad, it is because she is a woman, and inherently bad. And if a woman smells good, it is a deception: she is disguising her natural bad smell by using civet and musk and castoreum and ambergris — the not necessarily nice smells of other not necessarily nice animals.

Everyone in the early modern period did smell bad, of course, but did they notice? Muchembled is particularly taken with the observation that infants show little sign of revulsion for their own feces. It is a learned response, and if Muchembled is a little too free with the fart gags and bales of excrement outside peasants’ hovels to indicate their wealth and status, he is merely gearing us up to a series of catalogues raisonnés of perfumers’ and glovers’ inventories of stock (the two trades were closely intertwined).

It is an itemization which would reduce any perfumista to helpless longing — a sort of social historian’s companion to Patrick Suskind’s Perfume: riches beyond measure, an unending banquet for the questing nose. Of an engraving of a fashionable 17th-century perfumer, with wig, face powder and an incense burner in his hat, Muchembled observes with restraint: ‘His perfumed garb forms an impenetrable defense against the plague.’ More likely his thurible would set him on fire before the plague could climb aboard. And here we are now with a plague that disables our olfactory system — like sending in the sappers to do a bit of handiwork with the pétards before the mass assault.

Muchembled’s list of early modern pongs is like reading a menu in a foreign language and finding your mouth watering, without having any idea what it all means: presses, mortars, Boulogne soaps, Queen of Hungary’s water, myrtle water, Cyprus powder containing benzoin and musk, Maltese earth, pastilles, violet powder…

One might wonder what their bathrooms looked like. You’d have to find one first, of course, because the prevailing wisdom in the 17th century was that water — sea or fresh — was very bad for the health. So instead of bathing, they perfumed — men in particular, according to their means.

But times were changing. The animalic perfumes — those suave, tenacious, huge molecules on the boundary of our olfactory detection — were falling out of fashion and new, ‘clean’, floral perfumes were coming in their place. In 1730 Juan Floris moved to London and set up shop. He produced early and excellent quality perfumes, which London noses were rapidly recalibrated to enjoy: rose geranium, carnation, orange flower, light citrus and herbal compositions. According to Muchembled, Diderot:

‘counted smell as the most voluptuous of all the senses. The sweetly fragranced bubble that now enclosed men and women of fashion was no longer a protection against deadly disease but an open invitation to life, love and pleasure.’

It is a pity that Muchembled ends his delightful carnival of olfaction at the start of the 19th century, which was to prove so harsh a time for the human body — of military discipline, a pathologically hierarchical Establishment, chastity, muscular Christianity, heavy industry, and what appears to us now as an astounding self-imposed sensual isolation (with not even a bottle of Canterbury Woods Violets awaiting Oscar Wilde on his release from gaol).

Even Muchembled seems to be unsure of his ground on the state of smells now. You used to be able to tell you were in France just by inhaling. The warm, tarred rope ends and fishing boats baking in the afternoon sun; the damp dogs, black tobacco and burnt-rubber odor of the Métro; the women who smelt of women and of perfume, and the men who smelt of garlic and Caporal cigarettes. It’s gone now, and so has perfumery, or at least its claims to be the huitième art, erased in a flurry of ‘cleanliness’ and headaches and intolerance and general crossness; in England, even worse.The great symphonic classics, the animalics, the iris, the rare wood-fungi, the vetiver, all gone. Worst of all was watching Caron’s great heritage being completely destroyed over recent years. It’s like banning Kurt Weill and Brahms at the same time.

A.S. Barwich writes with charm and precision about our preconceptions of how the olfactory system works and how it is different from the other sensory mechanisms that keep us alive and (relatively) safe. We have consistently done our sense of smell down, she says. We tell ourselves we aren’t very good at it: we’re not dogs. But it turns out that we are very good, not at identifying a given molecule, but at spotting infinitesimal changes. Distinguo, not cognosco: that’s our strength.

The base model for top sense remains vision; but it’s not so simple, says Barwich. The problem was identified by Alexander Graham Bell: ‘Did you ever try to measure a smell? If you are ambitious to find a new science, measure a smell.’ Parts per million aside, we haven’t really tried until recently. Why now? Partly through the rise of ‘neuro’ as the prefix du jour; partly through fancy new imaging technology (though fMRI, for example, doesn’t tell us quite as much as we might think); partly through the web, and the development of a rather rough scheme for naming odors, akin to the early wine-tasters’ efforts with blackcurrant and pencil shavings.

I am not qualified to judge Barwich’s book on a technical level. But I found it an illuminating discussion of the interface between the logical coherence of philosophy and the empirical disciplines of science, with wide relevance to other similar problems with modeling. Her introductory epigraph is promising; she cites Heraclitus of Ephesus, Fragment 39:

‘If all things were turned to smoke
the nostrils would distinguish them.’

Or to put it another way, as a friend once remarked out of the blue: ‘So how could dogs do conjuring?’

It may just be that Muchembled and Barwich are moving that question along a bit. Buy both these books. They make a fine pincer movement on a tricky subject.