At the moment it looks pretty benign 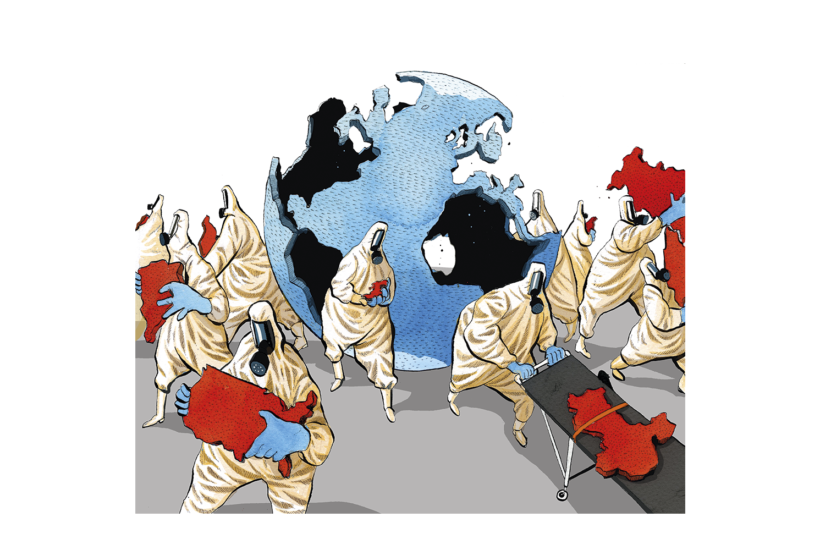 ‘Let’s be absolutely clear about what’s happening in Europe,’ British prime minister Boris Johnson tells his country. ‘Among some of our European friends, I’m afraid you are starting to see, in some places, the signs of a second wave of the pandemic.’

Really? It rather depends on what graph you’re looking at, and over which period. On Saturday, the UK government consigned Spain to the sin bin — with quarantine for anyone traveling from there to Britain — on the grounds that there has been an uptick in recorded cases. Sure, the number of confirmed cases has risen in the weeks since late June, and — at around 2,000 a day — is running at about a quarter the level it was in at the peak in April. But look at the graph of deaths in Spain and it tells a completely different story.

Deaths have fallen away to virtually zero. There were two new deaths on Tuesday and none on Monday. There were three on Friday, and two apiece last Wednesday and Thursday. True, you would expect a lag between recorded cases and deaths, but only of a week or two — back in the spring, new cases in Spain peaked on March 26 at 8,271 and deaths exactly a week later on April 2 at 961. This time around, the rise in recorded cases can be traced back to late June, yet there has not been the merest sniff of an increase in deaths in the intervening weeks.

It is the same in Belgium, which looks like it’ll be the next country to be put into quarantine. There, recorded cases have been inching up again for the past month, in a minor sort of way — running at around 400 new cases a day, compared with 1,600 back at the peak in April. Yet daily deaths have remained, for the most part, in single figures.

In Croatia, also in the UK government’s sights, the graph of new infections shows a very definite second spike beginning in mid-June. The highest number of new cases, 140, was recorded on July 12, compared with a peak of 96 in the first peak in April. Yet deaths are minimal: there were three each on Monday and Tuesday, five on Sunday and a total of seven the week before. None of these second spike countries is notching up remotely as many deaths as are being recorded in England — where 119 were recorded on Tuesday. However, as we know, England’s death count is being inflated by a bizarre methodology that counts as a COVID death anyone who has ever been diagnosed with the disease, even if they recover quickly and go on to be run over by a bus.

So, if Europe is suffering a second spike, at the moment it looks like a pretty benign one. There are four possible reasons why there are no second spikes in deaths: these second waves of cases are mere illusions created by an increase in testing; they involve a different demographic, mainly younger people (as Spanish authorities seem to be suggesting); we are getting better at treating the disease; or the virus itself is evolving into a less virulent form.

Whichever of these explanations is true — and it could be a combination of them — there is nothing in the figures to suggest we should yet to be fretting about a second wave of deaths.