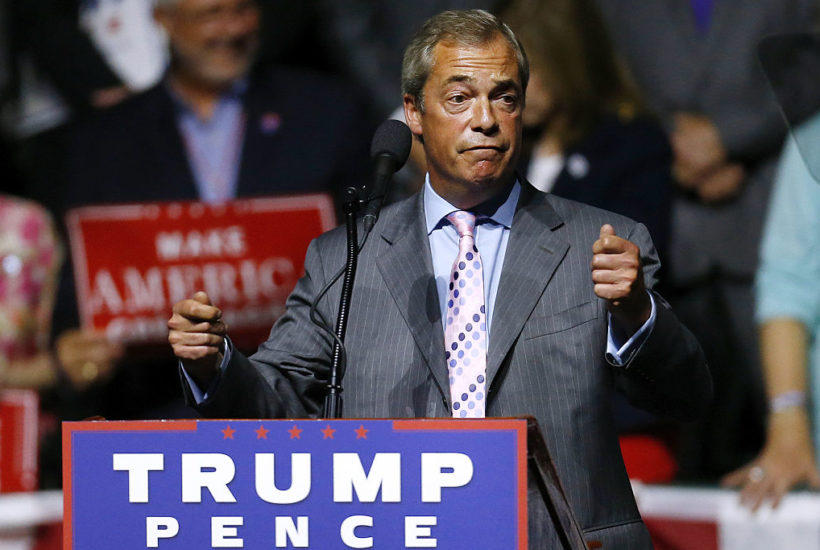 Why does the right hate Britain so much? That’s one of the questions arising from both the leaking of Kim Darroch’s diplomatic cables and, more pertinently, the reaction to the entirely unsurprising contents of those cables.

Sir Kim’s appraisal of Donald Trump’s administration are not very different from those made by other sentient beings. Suggesting Trump’s White House is chaotic and inept and all kinds of dysfunctional hardly counts as news. Everyone knows this because everyone can see it.

And yet, remarkably, it is the British ambassador to Washington who finds himself subjected to an artillery barrage of humbug and absurdity. Nigel Farage, of course, demands that Sir Kim be sacked, presumably because telling the truth is something dangerous. Remarkably, others seem to agree with him.

But then this is the Brexit party’s reason for existence. It is less a howl against the EU than a spasm of anger directed at the modern world and, indeed, modern Britain. Ann Widdecombe’s extraordinary speech in the European Parliament last week certainly suggested as much. The Brexiteers were reimagined as slaves freeing themselves from the shackles of their Brussels (and Strasbourg) captivity. Well I suppose that’s one way of putting it, though putting it like that requires you to have lost your mind.

None of which makes the EU an ideal or universally effective force. It has, as many of us who voted Remain know, many faults. But it is not an oppressor in the manner imagined by Widdecombe. Rather, it is a collection of sovereign states who, the better to advance their interests and prosperity, pool that sovereignty on a number of issues of common interest. Conservatives used to know that power devolved is power retained and the proof of sovereignty, in this instance, is the ability to leave.

And no-one is preventing that. Brexit has not yet been accomplished because Brexiteers refused to back the withdrawal agreement reached with the EU. A no deal Brexit – redefined as a ‘clean’ Brexit – is now their preference. It has the virtue of simplicity, albeit at significant short to medium-term cost.

Nevertheless, hark at how easily comparisons with plantation life or incarceration in some commission-directed gulag slip from internet forums for cranks into the mainstream. It is a dispiriting sight to behold.

Farage, naturally, is at the head of it all and it seems only too probable that the next Tory prime minister will be forced to choose between the poison of reaching some kind of accommodation with Farage or risking electoral disaster. In that moment the interests of the Conservative party will be of paramount importance and so we should prepare for Boris Johnson striking a deal with the Farageistes.

He will discover they cannot be bought off or appeased. This is not, again, just a matter of Brexit; it is a question of emotion and sensibility. Farageism is an attitude and it believes its country has been stolen from the people whose proper property it once was. It is much more atavistic, much more extreme, than it seems.

No wonder it spies an ally in Donald Trump. There is no need to endorse dark – and sometimes daft – conspiracy theories about transatlantic so-called ‘dark money’ to note there is a commonality of analysis here. The forces that animate Trump are broadly comparable to some of the forces that animate the hard-right here.

If this were not so, Farage would not share Trump’s analysis. So much so, in fact, that when Trump barks Farage will jump. Hence the call to sack Kim Darroch; hence the suggestion, too, that there is a quick and easy UK-US trade deal that is waiting to be agreed and the pretense, against all available evidence, that Trump would sign an agreement that could plausibly be described as a win-win outcome. (Trump would consider that a defeat).

Still, sides must be chosen. Donald Trump doesn’t like the UK’s ambassador to the United States and if Donald Trump says that then his British acolytes will agree with him. This, it seems, is what believing in Britain is all about. There is something humiliating, even perhaps something servile, about this.

On the right as well as on the left there is now an instinctive willingness to grant foreign powers the benefit of the doubt while reserving nothing but contempt for the claimed fecklessness of our own political leaders, diplomats and other representatives. It is hardly a surprise that Nigel Farage and Jeremy Corbyn each, for different reasons, grant Vladimir Putin a measure of indulgence they would never offer the UK’s own political leaders.

Right and left, again, each view themselves as victims, excluded from power and influence by a conspiracy of the elite. Sometimes these elites are Remainers and sometimes they are ‘neoliberals’ but while the analysis of left and right may be motivated by different causes they have more in common than either is prepared to admit.

This, then, is a choosing moment for British public life. Corbynism and Farageism are hymns to imaginary worlds that never quite were and so can never fully be realized again. Each is a threat to liberalism in all its many-colored stripes. Far from ‘believing’ in modern Britain, each actually despises it.