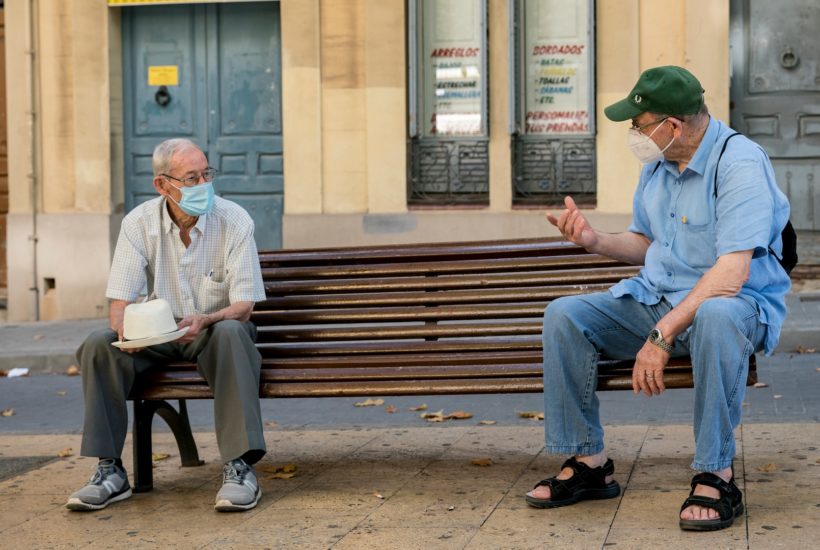 ‘Don’t it always seem to go that you don’t know what you got ’til it’s gone?’ sang Joni Mitchell. In the Spanish city of Zaragoza, people certainly know what they all too briefly had and what they’re now missing. Thanks to COVID-19, over the last few months they’ve gone from having a busy bustling city to not having it, to having it again and now back to not having it once more.

Like all Spanish cities, Zaragoza is normally a vibrant social center with bars and restaurant terraces every few yards, with parks and plazas full of life where people meet, children play and everybody seems to talk at the same time.

Lockdown brought all that vitality to an abrupt halt. In a country where two-thirds of the people live in flats, many of which measure 60 square meters (645 sq ft) or less, Spain’s draconian lockdown restrictions required adults and children to stay inside for weeks.

So it was with an outburst of joy that people took to the streets again in May just in time to enjoy the good weather. Zaragoza came to life as people put the lockdown nightmare behind them. But unlike most Spanish towns, Zaragoza has recently found itself plunged back into a version of that nightmare again; over the last couple of weeks, the city has seen a rise in COVID-19 cases and had certain restrictions re-imposed.

For some, it’s been too much. Ignoring the regional government’s recommendation not to leave the city lest they spread the disease, they’ve made a break for it. August is the traditional vacation month but traffic statistics suggest that many have instead taken the opportunity to escape while they still can.

Temperatures in Zaragoza are forecast to reach 104 degrees Fahrenheit this week. The city is no place to be trapped in any new lockdown — better the relative cool of a mountain village or an apartment by the sea. Many city-dwelling Spaniards have family links to a village in the country where they spend their summer vacations, and that, it seems, is where they may have gone.

But have they taken the disease with them? The minister for foreign affairs has been at pains to point out that Spain remains basically a safe country and the talk at the moment is very much of local outbreaks. Nevertheless, at the time of writing, there are 290 such outbreaks not only in the north and north east of Spain, but also in other parts of the country. On average those testing positive are younger than in April and as many as 70 percent have mild or no symptoms. The vibrant nightlife, not just of Zaragoza but also of other Spanish cities, has been blamed.

Another cause for concern is that many of the country’s autonomous regions have yet to achieve the desired ratio of one coronavirus contact tracer for every 5,000 people. Madrid, for example, has only one for every 33,000 inhabitants. Having more tracers might have helped prevent the disease spreading.

Meanwhile, the British government’s decision, in the light of these new outbreaks, to impose quarantine on people returning from Spain is another blow for the Spanish economy. The British make up over 20 percent of all tourists and the fear is that other countries may soon follow suit. This is a huge blow for Spain: tourism accounts for 12 percent of Spain’s GDP and provides 13 percent of the country’s jobs.

When Prime Minister Pedro Sánchez returned from the EU summit last week, national television showed his entire cabinet on their feet applauding him. The EU recovery package is seen as a major triumph for Spain, the tens of billions in grants and loans as essential to the nation’s future.

Now the pandemic is threatening to strike once more at the health and wealth of Spain. Like the people of Zaragoza, Prime Minister Sánchez may be thinking that he had scarcely had time to enjoy a sense of relief before it was gone.