How the Supreme Court became the ‘most dangerous branch’

Beware the court's long march to the left 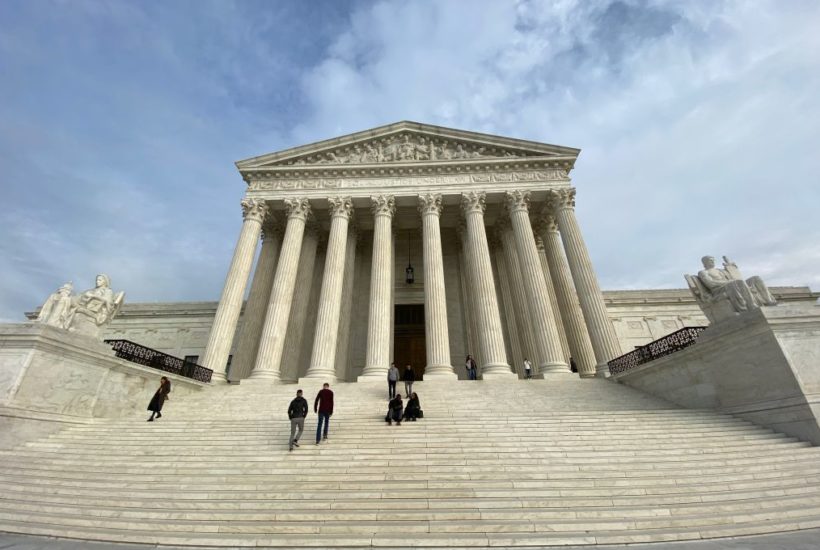 From 1969 to today, presidents have appointed eighteen men and women to the U.S. Supreme Court. Of those eighteen justices, Republican presidents have seated fourteen justices to just four justices making it to the highest court under Democratic presidents. All four of those justices are still serving, with Bill Clinton naming 87-year-old Ruth Bader Ginsburg and 81-year-old Stephen Breyer and Barack Obama appointing Sonia Sotomayor and Elena Kagan. Theoretically, that means that conservatives should hold a 5-4 majority on the court.

Theory, however, rarely applies in the swamp that is Washington, D.C. Despite appointing nearly 78 percent of justices over the last 51 years, conservatives have watched as the Supreme Court established or upheld liberal precedents such as Roe v. Wade on abortion and the New Deal decisions that dramatically allowed for the massive expansion of the federal government to the detriment of state governments and individual liberty. The only meaningful issue over which conservatives can claim victory is on the Second Amendment right to bear arms.

It is a well-established trend that justices tend to move to the left upon being appointed, with no modern example of a justice moving to the right. This trend applies to Richard Nixon appointees Harry Blackmun and Lewis Powell, famously to Gerald Ford appointee John Paul Stevens, Ronald Reagan appointees Sandra Day O’Conner and Anthony Kennedy, and to George H.W. Bush appointee David Souter. Based on several major cases, it now appears George W. Bush appointee and current Chief Justice John Roberts is putting protecting the institution ahead of interpreting the law when it really matters.

Pundits believe Roberts’ positions on key cases is due to his desire to protect the ‘legitimacy’ of the judiciary in these highly partisan times. Democrats have threatened to pack the court by adding seats, as Franklin Roosevelt threatened to do during the New Deal Era. Roosevelt’s threat worked as the Supreme Court suddenly found his legislation was constitutional after striking down several attempts by Roosevelt to expand the reach of the federal government to every aspect of life. It seems the threat today is working, as well.

Conversely, his betrayal to conservatives is seen as par for the course for Republican appointees, which will only raise the issue of judicial appointments even more for them. Because of the Supreme Court’s long march to the left, when conservative justices use precedent to bail on reversing bad law, all they do is cement liberal-progressive jurisprudence. The end result of Roberts’ appeasement strategy is that it doesn’t actually appease either side and only ensures that bare knuckled brawls on judicial nominees will continue.

How Americans view the Supreme Court in a broader sense is itself a fascinating contrast. After decades of failing to get most of their legislative agenda passed and signed by a president, liberal-progressives seem perfectly comfortable using the Supreme Court to get what they can’t get democratically. Having five justices legislate from the bench to hand them a victory has become their mode of operation. Roe’s creation of a new right to abortion via penumbras and emanations is frankly better than getting something done bicamerally. After all, the only way to reverse Roe is by the Supreme Court reversing itself or the passage of a constitutional amendment. After nearly fifty years of Roe, neither action is likely. In many ways, the Supreme Court has achieved the goal set by progressive Woodrow Wilson of having a small group of experts run America by inserting Darwinian concepts into the Constitution.

For conservatives, being ruled by just five people sitting in a far-off courthouse directly conflicts with Alexander Hamilton’s claim in The Federalist Papers that the judiciary would be the ‘least dangerous branch.’ Because it is so hard to reverse Supreme Court decisions, having a court not bound by the actual words of the Constitution is deeply troubling for conservatives. Given that all of the justices except Clarence Thomas have spent their entire lives among elites since turning eighteen when they entered an Ivy League school or Stanford, many Main Street Americans just aren’t comfortable being ruled by just five justices, especially when they thought they’d be governed by the 535 federal legislators, the president, the thousands of state legislators, and the fifty governors they elected.

With the timing of Roberts’ defection occurring just four months before the 2020 election, he has guaranteed that Donald Trump will make judicial picks a major campaign issue in his race and the U.S. Senate races. Trump will argue that he needs four more years and a Republican-led U.S. Senate to appoint more justices because history has taught conservatives that they always lose a justice or two on major votes. Ginsburg would be 92 and Breyer 86 on election day in 2024. Thus, by getting to a 7-2 conservative majority led by the wavering Roberts in the next four years, conservatives could finally secure a five-vote majority to reverse cases like Roe and the New Deal cases that fundamentally changed the nature of America.

As I wrote in my book The Founding Debate, a majority of Americans want the locus of power over their lives as close to them as possible, as it increases accountability and transparency. The 2020 election will now be a debate on who will return power to the states and the people versus who will grow Washington, D.C. For good or ill, the Supreme Court now decides how that debate gets settled.