Tammy Duckworth is having a moment 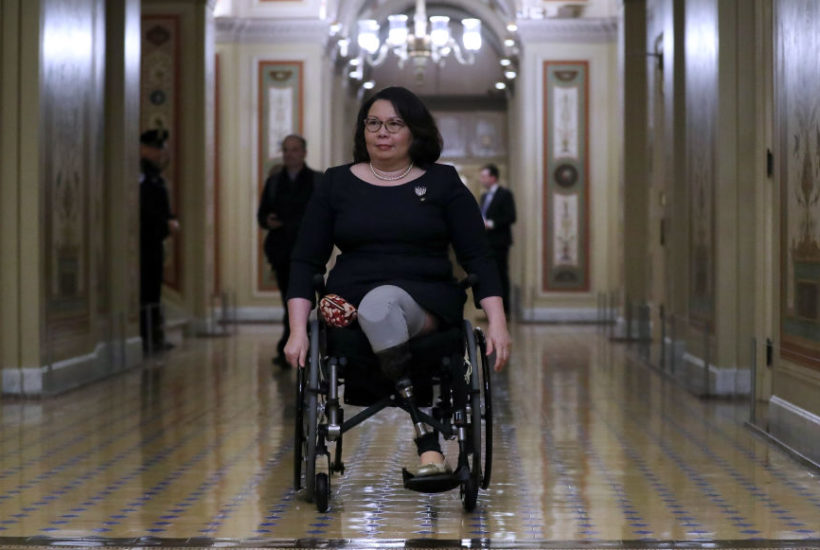 Tammy Duckworth, a junior senator from Illinois, is being considered by Joe Biden’s vetting team for the VP slot. While she is not yet viewed as a leading prospect, this battle-tested lawmaker has been elbowing herself into serious contention over the past several weeks.

Whomever Biden picks to be his running mate has to present herself as a potential president, considering that Biden might only be able to serve one term. Emerging now as a strong and unproblematic leader has real currency in the selection process. Duckworth seems to be having this moment at exactly the right time, and it could be moving her one step closer to the White House.

Duckworth has spent the last week slamming the President for his response, or lack thereof, to a Pentagon report that claimed Russian agents may have been offering bounties to the Taliban for killing US troops. While the Department of Defense and White House say the intelligence is unconfirmed, Duckworth has used social media and cable news appearances to accuse President Trump of neglect and demand a Senate hearing. Her aggressiveness in response to this leftist cause du jour has of course raised her profile.

Duckworth, a former Department of Veteran Affairs bigwig and a Purple Heart recipient, has been able to demonstrate an ability to speak on issues of national security with immense authority. A now-viral speech on the Senate floor, in which she branded Trump’s inaction as ‘a confession of incompetence’, showcased her no-nonsense approach to these issues. She is not one to mince words and has previously coopted the tweeter-in-chief’s practice of branding opponents with suggestive monikers by calling Trump ‘Cadet Bone Spurs’ and a ‘five-deferment draft dodger’. It’s hard to imagine how the President could justifiably push back on these attacks given Duckworth was an Army lieutenant colonel who lost both of her legs in combat while in Iraq.

In a New York Times article, Frank Bruni agrees that Duckworth would be an evasive target for Trump, calling her the ‘obvious’ and ‘best’ choice for the Veep slot.

‘Tell me how [Trump] mocks her — which is the only way he knows how to engage with opponents. Or, rather, tell me how he does so without seeming even more obscene than he already,’ Bruni argues.

This agility could be a real bonus to the ticket and would provide some comfort for Biden, who is fighting to be the least maligned candidate rather than the most enthusiastically adored. A Biden-Duckworth ticket might just be inoffensive enough to win that battle. Duckworth doesn’t bring along any baggage from past presidential runs like other VP frontrunners, and thus passes the ‘do no harm’ test for a running mate with flying colors. In many regards, she comes across as a relatively safe pick.

She has policy chops too. When acting as Assistant Secretary of Veteran Affairs, she worked with the Department of Housing and Urban Development on fighting veteran homelessness. In the Senate, she passed a bill aimed at increasing entrepreneurial opportunities for veterans. Duckworth, who was the first senator to give birth in office, also ensured that airports are now required to provide private lactating rooms for breastfeeding mothers.

These might not seem like historic victories, but Duckworth has displayed a remarkable ability to channel her own life experiences into successful policymaking. The Center for Effective Lawmaking named her the most effective freshman Democratic senator and, despite her criticisms of Trump, the President appointed her to a task force focused on reopening the economy amid COVID-19.

Ideologically, she would be ‘simpatico’ with Biden. She’s a pragmatic moderate who focuses on bread and butter issues, rather than engaging in culture wars. She’s battle-tested in every sense, and her moment in the sun has presented her with the opportunity to showcase her integrity, resilience and humanity. While Biden might be encouraged to take a risk and choose Warren, Harris, or Lance Bottoms to excite voters, Duckworth is likely a safer route to Pennsylvania Avenue.