The Teflon Don: Why Trump survives 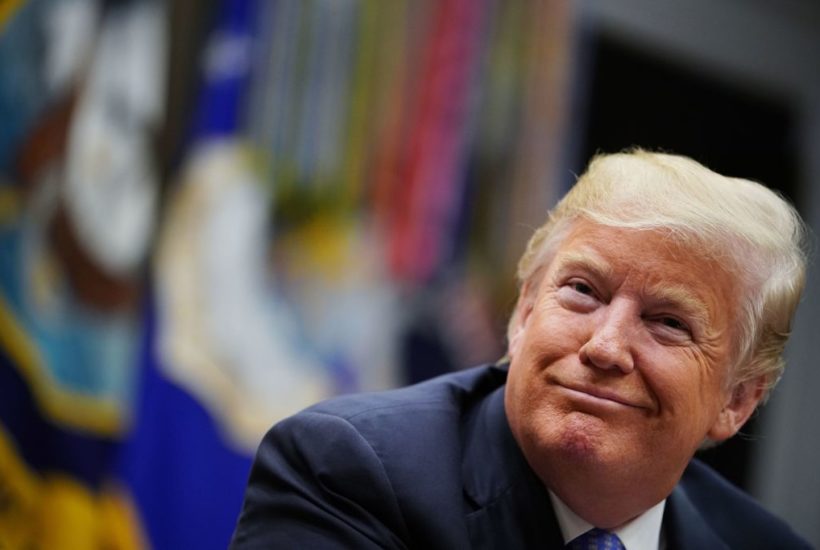 The Paul Manafort conviction and Michael Cohen plea deal were met with the usual hysterically gleeful shrieks from the usual anti-Trump suspects: ‘The president is finished!’ ‘Impeachment inevitable!’ ‘Watergate redux!’

None of which is true and all of which is wishful thinking by card-carrying members of the perpetual outrage machine who must #Resist Donald Trump As President. Many of these people who profess indignation over a Trump payment to a porn star to keep quiet over an alleged affair defended Bill Clinton in the face of credible rape allegations and coordinated smear campaigns of his female accusers. More recently, some of them also paid millions of dollars to a law firm to pay shadowy foreign agents in order to mobilise the most fearsome agencies and courts of the federal government to destroy Trump with lies from said foreign entities and political operatives.

But a personal payment of $130,000 via Cohen to an adult film actress after a consensual affair is the problem — you know, because Trump.

The Cohen ‘hush money’ is simply the latest cudgel with which Trump’s enemies hope to batter his presidency. But while that braying mob obsesses over obscure campaign finance regulations in the desperate hunt for something — anything — to ruin Trump, regular Americans don’t much care. The 63 million Americans who voted for him — and the 65 million who did not — are enjoying the benefits of a booming economy, thanks in large part to Trump’s tax cuts, deregulation, the unleashing of the energy sector and the withdrawal from or renegotiation of bad trade and other multilateral deals. Job creation, wage growth, historically low unemployment among blacks, Hispanics and young people, surging consumer confidence and 4 per cent plus GDP growth are the things voters truly care about — and vote upon. Trump’s payoff to Stormy Daniels earns a collective shrug — and not just because of vastly improved economic conditions.

For decades before the 2016 election, Trump had been a tabloid fixture, courtesy of his vivid marriages, divorces and affairs. Then came reality television fame and another generation familiar with his personal charisma and talent, appetites and weaknesses. He was an omnipresent social media star before there was social media.

By the time he ran for president, voters had baked his colourful past into their calculus. Trump never pretended to be something he wasn’t, deftly avoiding the hypocrisy trap.

That raw authenticity served him well. Voters knew they weren’t electing a saint. They were knowingly choosing a unapologetic rogue whom they believed would smash the corrupt status quo and make the country more secure and prosperous and their lives better. This is why the pre-election release of the Access Hollywood tape, in which he was shown using degrading language about women, didn’t hurt his candidacy. In an era of hyper-speed media coverage, grotesque leftwing media activism and a saturated celebrity culture, late October surprises don’t carry the same punch they once did — and certainly not when levelled against a Teflon character like Trump.

For this, he can thank Bill Clinton, another dashing rake, who convinced the public to overlook his character and behaviour in favor of his vision for the country — and then to shrug off the inevitable scandals. When Clinton, his wife, the Democrats, the left and the media set that precedent 20 years ago, they never expected Donald Trump to be its beneficiary. Ah, delicious irony.

The public feels, by and large, a protective instinct for their president. Of course, what makes Trump’s survival even more miraculous is that he does not enjoy the protection of the press, a critical part of Clinton’s survival. Indeed, much of the media decided long ago to join forces with Trump’s sundry other enemies to try to drive him from office.

Why? Because Trump represents an existential threat to the elite ruling class, also known as the swamp. Trump proved to be a potent crusher of political correctness and polite society who promised to upend their cosy hierarchy.

In so doing, he promised to restore respect for the Constitution, government to its proper place, and mighty American economic growth. To, yes, make America great again.

This, of course, scares the living hell out of the ruling class. They know that if Trump succeeds, it’s over for them: their entire corrupt gravy train will come to a screeching halt, perhaps irreversibly so. Therefore, he must be stopped at all costs.

Hence the appointment of a ‘special counsel’ for a wide-ranging and open-ended investigation. Everyone on Team Trump from the president down to his quietest supporter must be discredited and yes, destroyed.

Both sides know that this is an existential fight.

The American people know as well. While the fringe ‘resistance’ hyperventilates over the latest Scandal To Take Down Trump, normal Americans do not like to see their duly elected president subjected to grossly unfair and relentless attack — particularly when it’s centered on a politically motivated investigation in search of a crime. And when they generally support that president’s economic, domestic and foreign policies.

So while the vocal and powerful minority wails about Cohen and Manafort and prays that Robert Mueller delivers them from evil, the great silent majority is deeply invested in Trump and will not abandon him.

Monica Crowley is Senior Fellow at the London Center for Policy Research based in New York.