Princeton and Harvard will be partially or fully virtual this fall 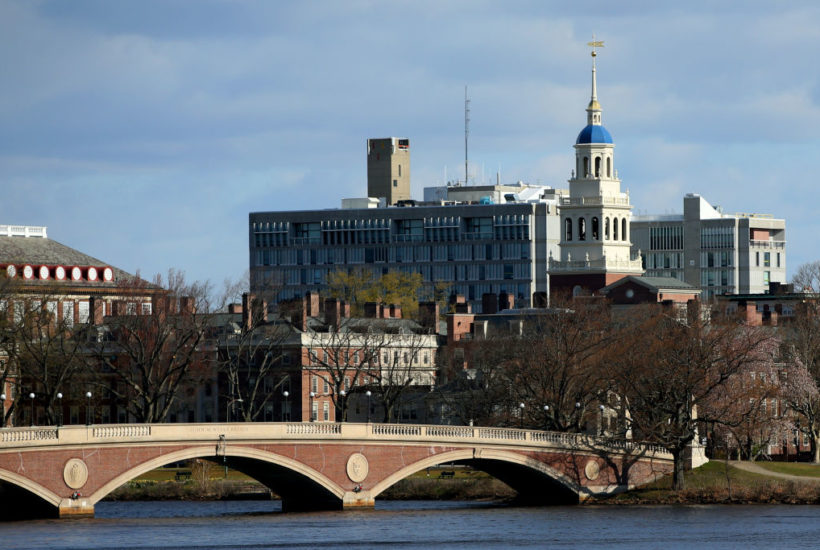 Princeton won’t be Princeton without anyone present, grumbled president Eisgruber, lying on the rug.

Harvard and Princeton yesterday announced their plans for the 2020-21 academic year, and they don’t look good.

Harvard will welcome ‘first-year students’ on campus in the fall and seniors in the spring; Princeton will welcome ‘first-year students’ and juniors in the fall and sophomores and seniors in the spring. (God forbid either university use the term ‘freshmen’.) Remote learning will be the norm and parties will be prohibited. Princeton, at least, offers a 10 percent tuition reduction. Harvard is increasing its tuition by 4 percent.

I try to resist thinking of students as consumers, since that kind of thinking has fed two insidious ideas: that students should be able to make ‘demands’ of their professors and administrators, and that universities should woo students with flashy features like lazy rivers. Education is not, and should not be, like other products on the market.

But in this instance, it’s hard not to look at the sticker price and say that students deserve more. We may think of them, perhaps, as theatergoers. Theatergoers pay for a curated experience that they may or may not enjoy, but so long as the show goes on, they don’t get to demand their money back. This fall, however, the show will not go on, and still audiences will not get their money back. For the same, or almost the same, price of admission, students are expected to accept a facsimile of the Ivy League experience. They are paying $50,000 for Hamilton tickets, only to be told that instead they must watch the show on Disney Plus with a laptop.

Really, though, no analogy can do justice to the incalculable loss for college students next year. Zoom classes, while unpleasant, were bearable this past spring because students and professors had already established a rapport with one another on campus before COVID-19. They could, then, attempt to replicate the give-and-take of classroom discussion. But next year, what will they have to replicate?

I think of the friends I made as an undergraduate at Princeton thanks to furtive glances shared across a seminar table. I think of the conversations that spilled out of the classroom and into the dining halls. I think of the fact that I might not now be pursuing a doctorate in Classics were it not for one particularly fateful lunch with my future senior thesis adviser.

I think of the loss of institutional memory, as traditions fall by the wayside without students there to carry them out. I think of my a cappella group, the Princeton Tigerlilies, and the impossibility of singing together virtually. How will the group continue, I wonder, without a freshman class of singers? I think of the juniors dating seniors and sophomores dating juniors who will not be able to spend time together as couples on campus.

And I think of the freshmen, who will be entering a shell of a community. Without the traditional pomp and circumstance of ‘frosh week’, how will they come to feel properly part of Princeton? Without the opportunity to join clubs, audition for shows and yes, attend parties, how will they find their place and their people on campus? Will the student body ever be able to overcome the stark, six-foot lines that next year will necessarily draw around the Class of 2024?

Of course, students can apply for a gap year. But in this economy, a gap year is a luxury that most will not be able to afford. Moreover, Princeton has warned that students who take time off are not guaranteed readmission next year: they may have to wait several years before being allowed on campus. What will they do in the meantime?

When I was a freshman, Princeton suffered from a bout of meningitis B, a deadly disease rarely found in North America. (Grade inflation would have made it meningitis A at Harvard, we joked.) The university printed posters warning us not to make out with one another. It handed out plastic cups with labels so that we would not accidentally swap drinks at parties and, most importantly, it moved heaven and earth to import a European vaccine for the entire community. At the time, it seemed there was nothing the university would not do to ensure that collegiate life could continue as normal.

Where is that stick-to-itiveness now? Why has the university with the highest endowment per capita not developed more creative solutions? And how can administrators expect students (and their parents) to go along with their plans? It doesn’t make sense.

Until, that is, we remember that Princeton and its peers are already increasingly comfortable skating by on their reputation and brand name. Academic ‘excellence’, I’ve heard professors say, is code for white supremacy. These professors want the prestige of working at Ivy League universities, but they also seek to dismantle the standards (test scores, writing skills, blind peer review) that made the universities prestigious in the first place. Administrators, for their part, have been all too happy to comply.

If the standards mean little and the name everything, then students ought not complain about the plans for 2020-21. They’ll get their Princeton diplomas, whether or not they receive a good education. But I hold out hope that standards do still mean something — that Princeton still values excellence. And I hold out hope that current students will, under these terrible circumstances, be reminded that standards still mean something, and fight back.

Solveig Gold is a doctoral candidate in Classics at the University of Cambridge.