Can America learn to shut its mouth?

Fluff, flies, dust and all sorts of airborne chokeables come whizzing into the larynx when the mouth is left even slightly ajar 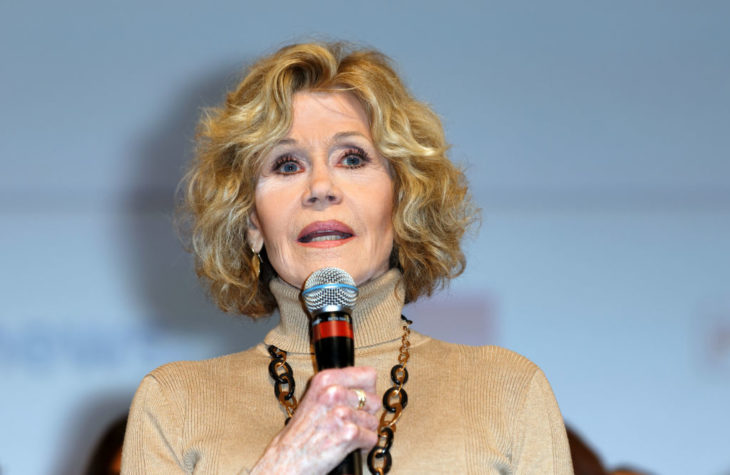 Can America learn to shut its mouth?

Interviewed earlier this week, 80-year-old American actress Jane Fonda said that she has dropped some of her oldest friends for holding political opinions that are at odds with her own and that she is so afraid of Donald Trump that she can ‘hardly breathe’. She needs to see a doctor. Apnea is no laughing matter and whether her condition is attributable to President Trump or to other factors, she must have it seen to. Many women complain of breathing difficulties following plastic surgery operations to their noses and breasts. Could her air pipes have deteriorated from years of bouncing around on videos in tight leotards? Or might the orgasm machine into which Dr Durand Durand placed her in Barbarella 50 years ago have something to do with it?

I am no specialist but politely venture to suggest that if she could learn to close her mouth when her face is in repose, she might start to feel a little better. Fluff, flies, dust and all sorts of airborne chokeables come whizzing into the larynx when the mouth is left even slightly ajar. God gave Jane Fonda nasal hair for a specific purpose and she must try to use it however much she wants not to. In an age when Hollywood stars of both sexes and all ages pluck hair from their nostrils, bloat their chests with silicon or saline, ‘irrigate’ their colons with high-pressure hosepipes and stand around all day with their mouths half open in the hope of looking more attractive by elongating their chins, respiratory disorders are bound to prevail. These actors and actresses must look to their vanity, not to their president, when they are short of breath.

As far as I am aware, no one has yet blamed President Trump for the incident that allegedly took place at the 72nd Precinct New York Police Department on October 7, in which, according to reports, Sgt Anne Marie Guerra whipped herself into such a frenzy of indignation at being criticised for leaving dirty underpants strewn around a unisex locker-room, that she shoved the offending garments down the throat of one of her colleagues, Victor Falcon. Had Detective Falcon’s mouth been properly shut at the time she would never have got her underwear into it. And therein lies my message, directed not just to Detective Falcon or to Jane Fonda, but to the whole of America – it is time to reject the Californian cult of the long chin, to stop wishing to look like Jennifer Aniston, Reese Witherspoon, Owen Wilson or Brad Pitt and start closing your jaws.

The Chinese once thought it a pretty thing to have small feet and bound them so tightly in childhood that they would never grow. They didn’t blame their heads of state when their shrunken hooves started to stink, when their toenails fell off or when they toppled over in the street, they simply acknowledged the impracticality of what they were doing and stopped it. These are intemperate times for Americans, whose troubles are caused almost entirely by the failure of a nation to close its collective mouth. Robert de Niro wants to punch the president in the face,  Hillary Clinton says ‘you cannot be civil’ to those who wish to destroy what she cares about, while President Trump encourages his supporters to ‘knock the crap’ out of anyone threatening to throw rotten tomatoes at his rallies. Now the pitch has been raised to a higher level by little Johnnie Bonkers sending envelopes of white powder and fuse wire to famous Democrats either to kill them or to scare them, or to make the electorate so disgusted by extreme Republicanism that they all vote Democrat in the upcoming midterms.

And none of this would have happened if Americans had kept their traps shut. For better or for worse, the English are brought up never to discuss money, politics, religion or sex at table. In between meals some of us put underpants into our mouths to prevent ourselves from quarrelling. 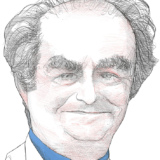