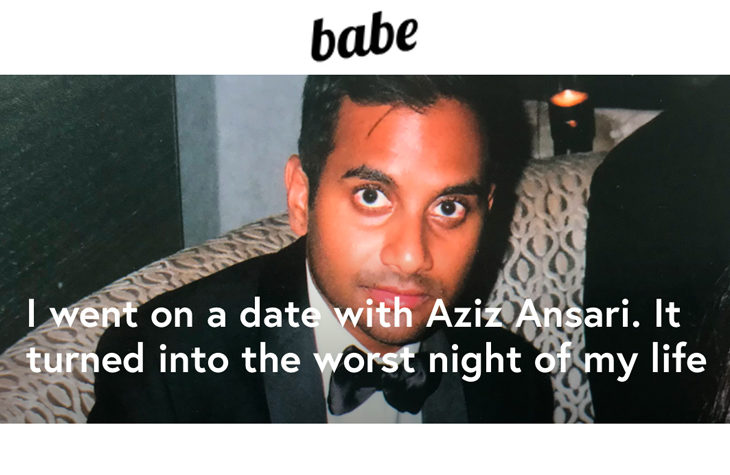 has closed its US office, Cockburn has learned.

The controversial website which published the Aziz Ansari sexual misconduct article is winding down operations, after its parent company Tab Media failed to secure further funding from American investors.

At its peak, Babe.net had an average staff age of 24. The site, whose slogan was ‘for girls who don’t give a fuck’, published ribald stories aimed at young American women such as ‘Power ranking every US president by their dick size’, ‘Was Snape an incel?’, ‘Someone reimagined ‘Spongebob’ characters as sexy men and now I kind of want to die’ and ‘BEHOLD: pumpkin spice booze, because pumpkin spice lattes are over and they haven’t invented pumpkin spice cocaine yet’.

Aside from the deeply divisive Ansari story – which stopped short of accusing the comic of a crime, but raised eyebrows in the #MeToo era – the site’s more journalistic efforts included an investigation into a reported sexual assault at a high school, which resulted in a change in Oklahoma state law.

The news of its closure emerges the same week that Ansari addressed the babe story in a stand-up set. Per Vulture:

‘[The comic said:] “After a year, how I feel about it is, I hope it was a step forward. It made me think about a lot, and I hope I’ve become a better person.” Ansari recalled a conversation in which a friend told him it made him rethink every date he’s been on: “If that has made not just me but other guys think about this, and just be more thoughtful and aware and willing to go that extra mile, and make sure someone else is comfortable in that moment, that’s a good thing.”’