It’s time to revive ‘the Bailyn School’ for future generations 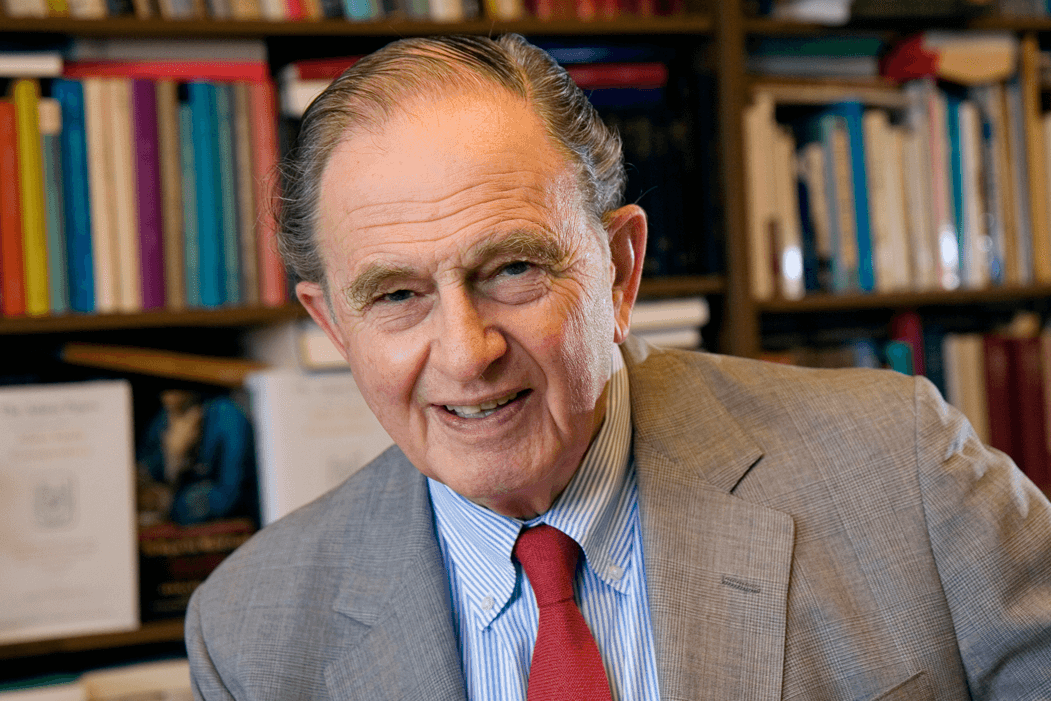 But by the early 20th century, economic historian Charles A. Beard and his disciples had reduced the creation of the United States to the Founders’ selfish economic motivations. It was about money, ‘class’, and ‘property’. Then came Harvard historian Bernard Bailyn, who died at age 97 this past Friday.

While you may not have heard his name in Good Will Hunting (like his former student, Gordon Wood), Bailyn is one of only four two-time winners of the Pulitzer Prize. Against the backdrop of the 1960s counter-cultural revolution, Bailyn thoroughly revolutionized the study of America’s past and helped tear down the anachronistically imposed wall of neo-Marxist revisionism. He urged historians to strive for ‘accuracy’ and avoid ‘presentism’ or imposing modern views on the past, even if it was virtually impossible.

In 1967, after decades of dominance by Beardian scholarship, Bailyn’s The Ideological Origins of the American Revolution resurrected Adams’ view that the Revolution predated the war and lived in the ‘Minds and Hearts of the People’. Rescuing Revolutionary-era pamphlets from their ‘propaganda’ label, Bailyn presented these dismissed sources as pivotal to understanding the Founders, and necessary for ‘the realization, comprehension and fulfillment of the inheritance of liberty’. Winning his first Pulitzer for his efforts, Bailyn urged readers to consider the roots of the Revolution well before Lexington and Concord. It remains among the best books ever written on the Revolution.

His scope extended beyond the patriots as well. In The Ordeal of Thomas Hutchinson (1974), perhaps his most compelling work, Bailyn explored the ideological reasons behind loyalism with an intimate and personalized account of Hutchinson, the Massachusetts Royal Governor on the eve of Revolution. Earning the National Book Award, this book also brought attention to the long-overlooked loyalist cause. As a graduate student in the 2000-10s, I came across it in nearly every course, after first reading it as an undergraduate.

The author or editor of nearly 20 books, Bailyn remained a productive trendsetter well into his golden years. He was one of the leading proponents of transnational Atlantic World history, which looks at interactions between Europe, Africa and the Americas. At age 90, he was again a Pulitzer finalist for The Barbarous Years, on the ‘peopling of British North America’. He released his last book only a few months ago.

Though the Atlantic World has been embraced and even rebranded to #VastEarlyAmerica, Bailyn’s views on the Founders’ and his charge of scholarly objectivity have faded in this partisan moment — leaving his historical revolution unfinished. ‘Activist history’ is again celebrated for politicizing research, while the founders’ words are again dismissed as mere rhetoric. Look to the New York Times’ historically questionable 1619 Project as an example.

The outpouring of posthumous praise for Bailyn during the past few days shows that historians and the public rightly consider him to be one of the all-time greats. That’s why it’s time to revive ‘the Bailyn School’ for future generations and to reclaim the importance of the Revolution’s ideals. ‘The Founders of the American nation were one of the most creative groups in modern history,’ Bailyn observed. And we as a nation still have such much to learn from them and him.

Craig Bruce Smith is the author of American Honor: The Creation of the Nation’s Ideals during the Revolutionary Era.

Craig Bruce Smith is a historian and the author of American Honor: The Creation of the Nation's Ideals during the Revolutionary Era. His website is www.craigbrucesmith.com and he can be followed on Twitter @craigbrucesmith. All views are those of the author and do not represent those of the Federal Government, the US Army or Department of Defense.