The fiscal hawks are on the horizon 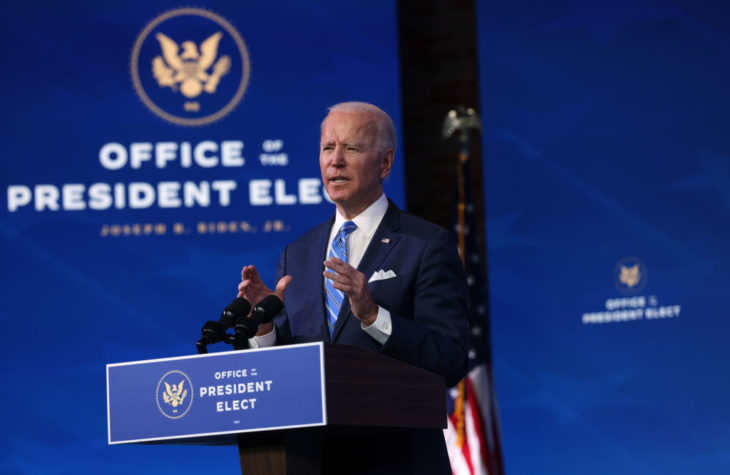 President-elect Joe Biden lays out his plan for combating the coronavirus and jump-starting the nation’s economy at the Queen Theater in Wilmington, Delaware (Getty) 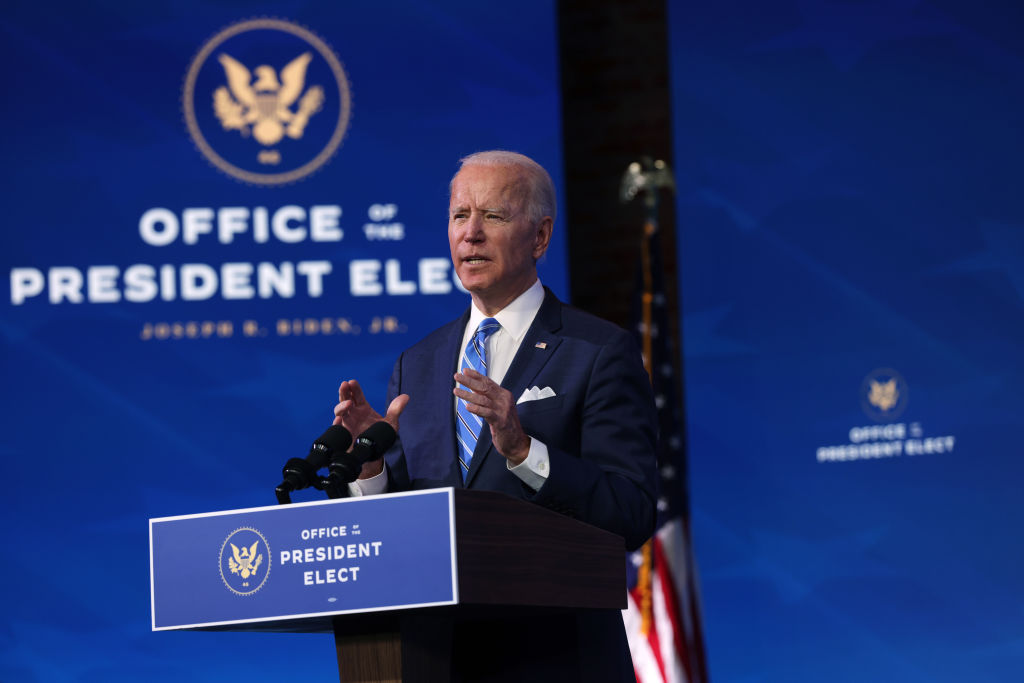 Less than a week away from his inauguration, President-elect Joe Biden has announced his proposed roadmap to navigate COVID-19: a $1.9 trillion stimulus package to provide direct support to families, roll out a mass-inoculation program and send hundreds of billions of dollars the way of businesses and local governments. It is being framed as an extension of last month’s package, which after months of gridlock and political infighting was finally passed by Congress. This near $2 trillion more in spending, we are told, will ‘finish the job’.

If it passes, every eligible American will receive an additional $1,400 direct payment, boosting December’s commitment of $600 to $2,000 in total. Unemployment benefits would rise from $300 to $400 per week, with a ban on evictions extended until September. Meanwhile, $400 billion would be dedicated to a universal vaccine rollout, including a commitment to reopen schools quickly and safely.

Much of this will find bipartisan support in Congress. There has been an appetite from both Republicans and Democrats to increase direct payments to households, while mass vaccination is seen as the route out of COVID chaos. Biden insists he is looking for bipartisan support for what he has dubbed the ‘American Rescue Plan’, as he once again extends his calls for unity and boasts of his history of being willing to work across the aisle. But looking at the details of the proposal, Biden appears to be taking quite a big gamble, by incorporating numerous left-wing policies not obviously related to the pandemic and assuming these measures won’t backfire when it comes to economic recovery.

Embedded in this latest package are some public policy proposals straight from the Democratic party’s wish list, including a $15-per-hour federal minimum wage. While such a hike would be a political hot potato in the best of times, there will be even more pushback now, driven by concerns over the effect it could have on unemployment rates (the first full week in January saw the ‘biggest weekly gain’ in workers filing for unemployment benefits since the crisis began). Meanwhile a sticking point of previous packages will be up for debate once again: to what extent should decades worth of irresponsible spending at the state and local levels be bailed out through COVID measures?

And what of the long-term economic costs? Despite hints of tax rises in the future, Biden’s stimulus measures are not funded through tax increases or spending cuts, but through borrowing — adding to the country’s $3 trillion budget deficit. The Wall Street Journal’s Greg Ip notes today that last month’s stimulus package ‘could eliminate most of (the) gap’ between current and normal levels GDP levels, raising questions as to whether all these new provisions are necessary to get the economy back on track. America’s record levels of spending have not notably shaken the Democratic or Republican party this year, but with Donald Trump out of the Oval Office, it wouldn’t be surprising if some of the fiscal hawks started raising their voices again: some out of genuine concern about soaring costs; other (more cynically) happy to criticize spending habits when it’s a left-wing government in charge.

As things stand now, it will be hard to garner much Republican support for what Biden has proposed, which it will need (at least 10 votes in the Senate) to pass through Congress. If no deal can be struck, parts of the package could still be passed through the budget reconciliation process — requiring only a majority in the Senate, which the Democrats have just secured — but this will have the short-term consequence of making the process far messier, and the longer consequence of burning bipartisan bridges from the very start of the Biden administration. 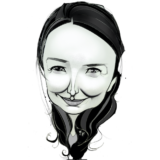 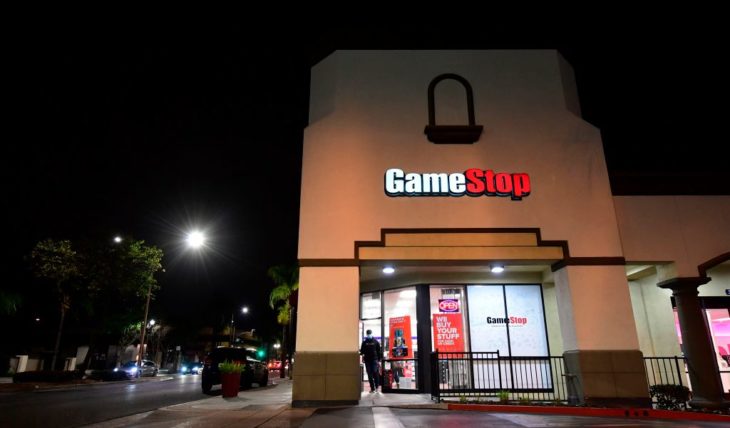 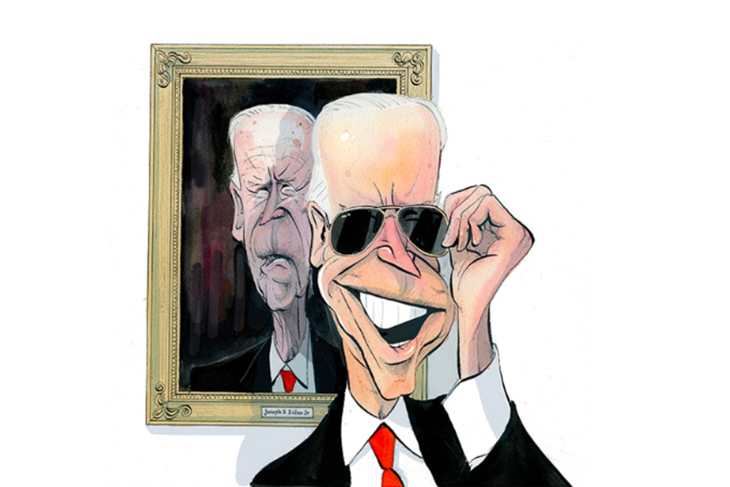 Brace yourselves for ‘Bidenomics’ 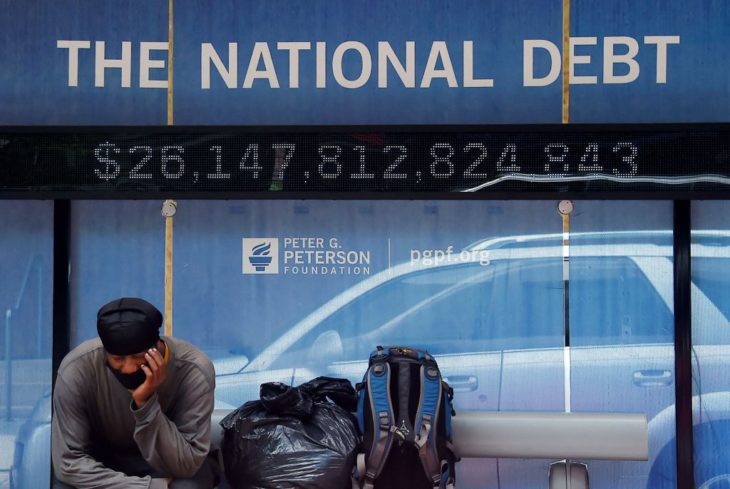