Biden goes back to school with Dr Fauci 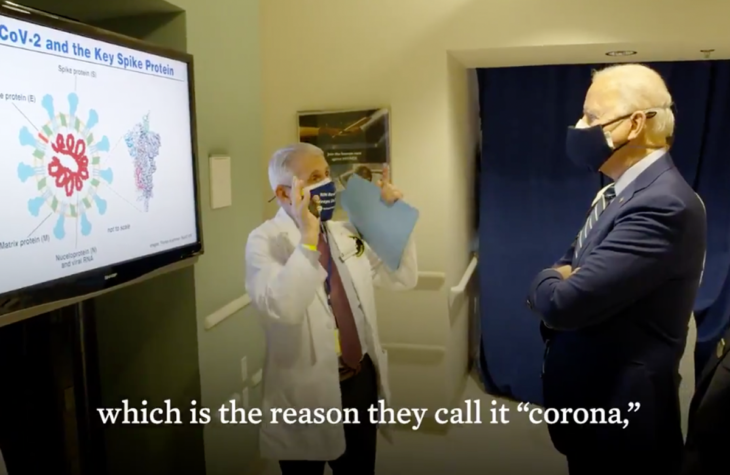 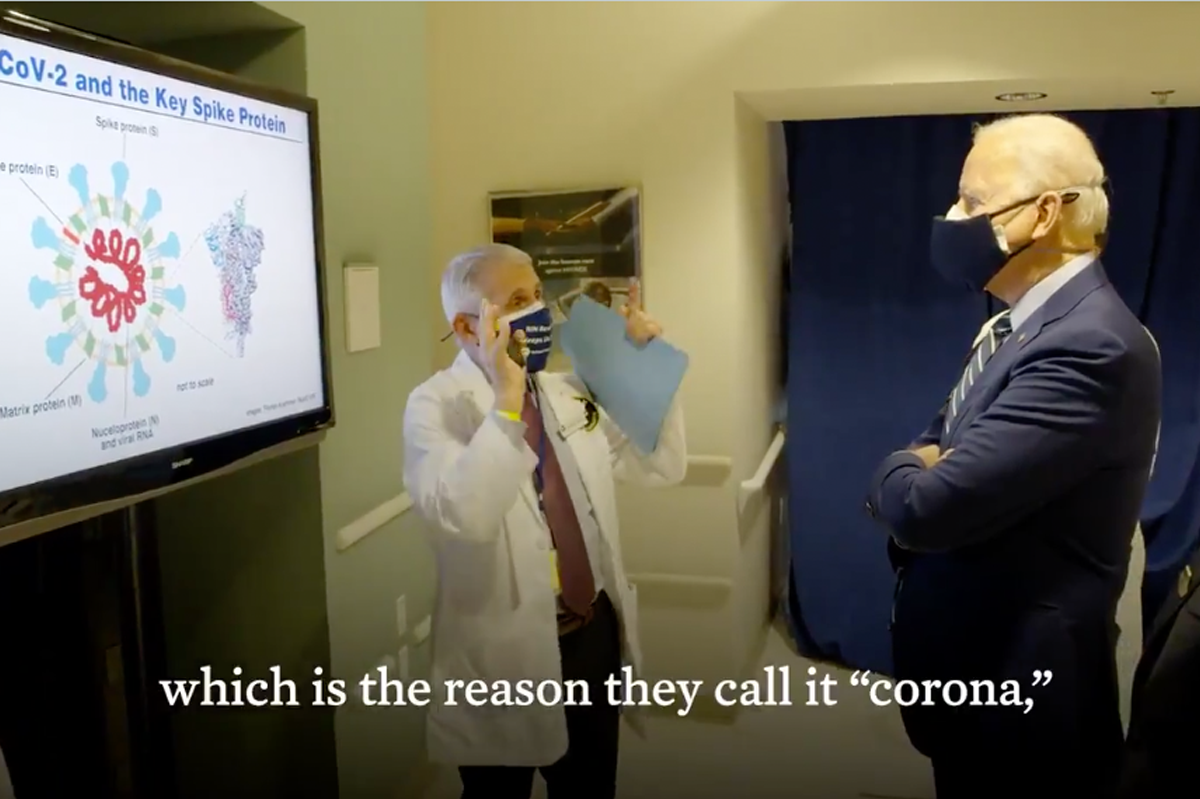 Biden goes back to school with Dr Fauci

We’ve all had to learn more than enough about pathogens in recent months — how contagion spreads, how our immune systems work, what vaccines do and so on. All of us, that is — apart from President Joe Biden, it seems. On Sunday, in order to demonstrate that he ‘listens to scientists’— an important campaign promise — the Commander-in-Chief posted a video of himself being lectured by the Scientist-in-Chief, Dr Anthony Fauci, the man who used to tell us not to bother with masks but now says we’ll still be wearing them until, oh, maybe forever.

‘This is the spike protein,’ explains Dr Fauci, patiently. ‘This is the protein of coronavirus. When you see the coronavirus, it has these spikes that come out, which is the reason they call it ‘corona’ — the spike of a, er, of a crown…’

When I said I would listen to the scientists as president, I meant it. pic.twitter.com/VeC7qGESID

Does the President, the man leading America’s effort against the virus, still have to be told what a spike protein is? Even Cockburn knows that, and unlike Biden Cockburn prides himself on putting his fingers in his ears and shouting ‘LA LA LA’ every time a scientist opens his or her mouth. Shouldn’t we expect a scientific briefing for the Commander-in-Chief to be a little above the level of a seventh-grade biology class? Dr Fauci clearly thinks otherwise, which is why he puts on that teacher-to-child voice that he’s been perfecting over his 53 years with the National Institute of Health.

In Biden’s defense, he does grunt in the affirmative through his mask as Fauci talks, which suggests he is up to speed as to why the coronavirus is called the coronavirus. The point of his tweet, perhaps, is to assert the supremacy of the bio-secure state. You have to listen to the science even when the science is telling you stuff you already know. It’s not for you to reason why. It’s just for you, even if you are the leader of the world, to shut up and listen.

President Trump used Twitter to provoke. President Biden uses it to lecture. The Biden administration seems particularly fond of pedagogical social media techniques. Soon after his ‘I meant it’ message, Biden also tweeted out a Q and A video with CDC director Rochelle Walensky, complete with twinkling background music that suggested ‘learning can be fun.’ A beaming Walensky cheerfully tells us that we have to keep avoiding each other; that the new variants are ‘less forgiving’ and that America is on track to deliver 100 million injections in the first 100 days of this presidency. At the end, her integrator asks her ‘what is the biggest COVID myth that you would like to get rid of right now? ‘That masking doesn’t work,’ replies Rochelle, briefly dropping the benevolent grin to convey seriousness.

Got it, kids? The Biden administration seems determined to treat Americans like infants, at once coddled and afraid. Apparently, it’s what the people want. Even the President will act as if government is just a slightly more urgent episode of Bill Nye the Science Guy. Gather round, children, Dr Anthony is going to tell you why you have can’t ever talk to grandma again. You don’t want to kill her now, do you…