In the eyes of many, this ‘movement’ transcends politics 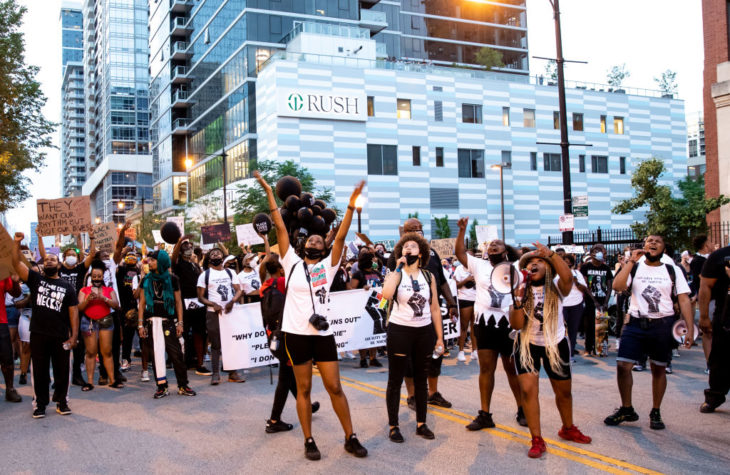 ‘Protest’ often feels inadequate as a characterization for the public exhibitions that have erupted nationwide over the past several weeks. The term ‘protest’ carries a connotation of actions carried out in opposition to existing structures of power; hence, you ‘protest’ against forces that are arrayed against you (even if some municipal bureaucrat might have reluctantly granted you a permit). However, at least in many jurisdictions, events which were presented as ‘protests’ should more rightly be labeled as something along the lines of ‘state-backed demonstrations.’

For instance, in my otherwise sleepy hometown of Caldwell/West Caldwell, New Jersey, high-school students organized what turned out to be an astonishingly large protest march. Notably, the students accomplished this feat with the complete cooperation and participation of community authorities, against which ‘the youth’ of a previous era presumably would have rebelled: parents, elected officials, school administrators, and even the police. It thus took on the appearance of an authorized civic gathering, almost like a Fourth of July celebration or a Christmas tree lighting. At the request of the students, a police detective sang the National Anthem, which made for a bizarre contrast with the legions of suburban white women in yoga pants kneeling with their fists raised defiantly to the sky. Incongruous as the ‘optics’ may be, these are, in a way, a new kind of ‘state-backed’ demonstration.

Of course, not every protest across the country has received such explicit state-backing. One feature of this ‘movement’ (if you can really call it that) is its astounding geographical reach, with demonstrations sprouting up even in the unlikeliest of regions. A map of recent protest-style actions in Pennsylvania shows events in even the most conservative, rural portions of the state, apparently without much in the way of resistance. So there is clearly something extremely novel about this phenomenon, and we’ve only begun to scratch the sociological surface.

Among the reasons why this still-amorphous ‘movement’ became so widely popular with such break-neck speed is perhaps because in the eyes of many, it transcended mere politics. Many so-called protests took on features highly reminiscent of religion: collective worship, public confession and requests for salvation, devotional poses and gestures, group prayer, the creation of a new pantheon of martyr figures to revere, and the adoption of liturgical rites and rituals.

Children and teenagers have been encouraged to publicly repent for their sins, with the ‘original sin’ being ‘white privilege’. In the small town of Schwenksville, Pennsylvania, I witnessed a white teenager named Frankie, wearing a sleekly designed ‘Black Lives Matter’ t-shirt, nervously stand before the assembled crowd (also overwhelmingly white) and proclaim, ‘Every single white person here today benefits from white privilege’ — to rousing applause. His solution for this alleged problem was heavily individualized: each white person in attendance must take the personal initiative ‘to learn’ about their privilege, and ‘ask themselves on a day by day basis how they can help’.

There is also an element of self-sacrifice exhibited at these events, as when last Friday in Chicago a white protest organizer announced, ‘White bodies are protecting POC bodies in this space.’ The idea is that should any conflict with police arise, activist whites are expected to place themselves in harm’s way as penitence to oppressed blacks. These whites could be observed engaging in such conduct at a separate Chicago march later that evening, which reached the heavily-boarded up Downtown area. As the crowd massed together and recited one of their liturgical chants, a cadre of whites stood in solemn confrontation with the CPD officers on hand. (As an aside, marches organized by white leftists are frequently less diverse than the police presence dispatched to trail the marchers — even in neighborhoods with large minority populations. Often omitted from discussions of the racial dimensions of modern policing is that urban departments in particular have become heavily diversified in recent years.)