Can Boris run Britain from his hospital bed? 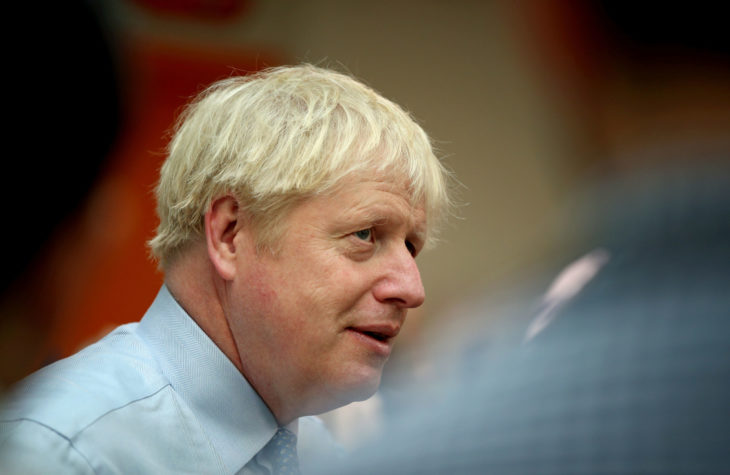 Can Boris run Britain from his hospital bed?

Despite many of his colleagues urging him to take a step back and rest now that he is in hospital, Boris Johnson is continuing to receive his red box of papers while being treated for the persistent symptoms of coronavirus.

The British prime minister’s official spokesman told journalists this lunchtime that the PM ‘remains in charge of the government’, that he has been in touch with No. 10 colleagues, and that he ‘had a comfortable night and he is in good spirits’.

Given how sick patients tend to be by the time they are admitted to hospital, it sounds rather odd that the prime minister is really attempting to work while receiving treatment. No. 10 is no longer describing his symptoms as ‘mild’ and has instead switched to calling them ‘persistent’, saying he continues to suffer from a high temperature and a cough. The spokesman declined to go into further details about whether he was really up to working or whether he would be better off trying to devote all his energies to recovering from the virus. He did say that Downing Street will ensure that with ‘any documents that are sent to the PM and returned that we follow the advice of medics in terms of making sure that there is no risk’.

As James said last night, Johnson’s temperament means he will likely want to be out of hospital as soon as possible. But he does also have another character attribute that should help him while he is in hospital. He is good at delegating and trusting his appointees to get on with the job he’s given them. He showed that in City Hall, and has — to a certain extent, aside from bringing the Treasury to No 10’s heel — shown the same willingness to let secretaries of state do the work and take the limelight. He is not Gordon Brown, awake at 3 a.m. looking up the times of the trains he will be catching the next day when there is a whole phalanx of staff in No. 10 to organize that sort of thing.

Of course, delegating to ministerial colleagues during a crisis like this is very different from trusting that someone is going to get on with the job of building more homes or shaking up the immigration system. But Johnson’s colleagues will be hoping that there’s not very much being put into that red box, besides ‘get well soon’ cards.