After losing his majority, what does the British prime minister really want? 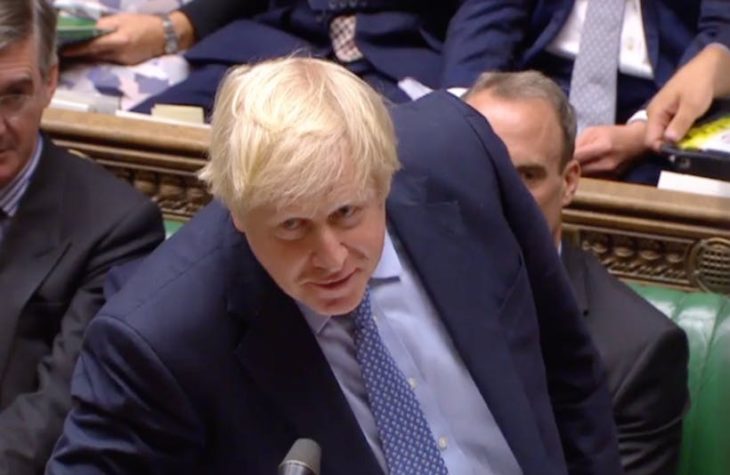 Does Boris Johnson want an election or does he not want an election? He managed to make both claims this afternoon at Prime Minister’s Questions, accusing Jeremy Corbyn of being a ‘chlorinated chicken’ for not wanting an election, while also continuing to insist that he didn’t want one either.

He then – apparently accidentally – told the Chamber that he did want an election. The whole effect was rather chaotic, and Johnson’s demeanor wasn’t particularly prime ministerial. He even said ‘shit’ in the Chamber, which might have been designed to get all the attention in a session where Corbyn unusually had the upper hand. When someone takes on the highest office, their stature often appears to grow a little. But the antics of the past few days appear to have made Johnson shrink instead.

This is something the rebel ex-Tories are keen to exploit. I spoke to a group of them just before Prime Minister’s Questions, and they were heading back to their customary seats on the Conservative benches, despite having lost the party whip last night. Their reasoning was that they have given their lives to the party, and they are no less Tory than they were this time yesterday. They are determined to prevent the current party leadership from changing that.

These Members of Parliament seem in a state of shock, but not resigned. They’re already working on their revenge. One of their priorities for the coming days is to ‘break the spell of Dominic Cummings’, in the words of one of their leading figures. They want to emphasize that the prime minister’s top adviser isn’t a Conservative member, whereas they are, and that the behavior of those at the top isn’t commensurate with the people who are at the top of a party. The attitude of those standing again seems to be that the suspension of the whip is merely temporary, and that in the meantime, their job is to undermine the people they think have taken over their party.