Pranks, jokes and inventive ideas – ‘wheezes’ as he calls them – pour out of him 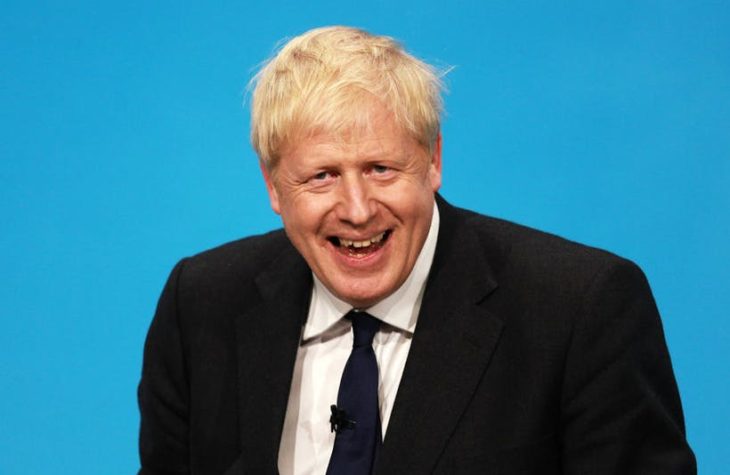 Only one person in Britain now believes that Boris Johnson might deprive us of a Jeremy Hunt premiership. That person is Jeremy Hunt. The rest of us expect the ‘Blonde Ambition’ project to reach fruition and for Boris to enter Number 10.

This will come as no surprise to anyone who knows him. Nature always marked him out. Even as a first-year student at Balliol College, Oxford, aged 18, he was weirdly conspicuous – the ruddy jowls, the stooped bullish stance, the booming Duke of Wellington voice, and the freakish white bob crowning his head like a heavenly spotlight. He was always one to watch.

People say he can’t ‘do detail’. But nobody spends four years studying classics at Oxford without the power to absorb and retain a mass of abstract information. The master of Balliol, Sir Anthony Kenny, used to teach Aristotle’s Nicomachean Ethics by quoting large chunks of it in the original and inviting his students to compare one paragraph with another. He spoke more Greek than English in his tutorials.

The point about detail is that Boris finds it easy to master. It doesn’t occur to him that others might struggle. Perhaps it bores him too. Grappling with minutiae is for wonks, after all. His mission, as leader, is to project confidence and optimism from the top. After three years of Mrs Dithers we need a bit of courage and guts in Number 10, a sense of purpose and a relish for attack.

It’s curious that most of the British public believe they know Boris already. Many probably think of him as a brash, self-centered wag who dominates every conversation with a string of anecdotes and routines – like an albino Oscar Wilde.

Not at all. He’s modest and even shy at the dinner table. He restricts himself to his immediate neighbors and he never turns a social event into a solo performance. He’s a great listener. He draws people into his confidence by offering a personal revelation. ‘I’m a bit worried about my kids,’ he once said to me, when his brood were approaching their teens. ‘I’m not sure if they respect me.’

He asked my advice about how to deal with uppity youngsters. Instantly I felt like a parenting expert. Was that a charmer’s trick? Possibly. But it’s effective. He can navigate an individual’s psychology and find a point of engagement very swiftly. Such finely-tuned antennae are rare.

A few years ago, he was pestering me to write a story about a fuel embargo which I was reluctant to cover. ‘Sorry, Boris, I’m writing a play. What this story needs is a newshound.’

‘No no,’ he said, with a hint of wheedling self-mockery, ‘what this story needs is an ARTIST!’

Of course, I sidelined the play and did the story. Why did I cave in? Perhaps because the flattery was so blatant. But I also knew that joining Boris on any enterprise would be a good laugh. He’s completely unpredictable. Pranks, jokes and inventive ideas – ‘wheezes’ as he calls them – pour out of him.

That may sound like a disastrous trait in a prime minister but with the Brexit negotiations in the balance it might give Britain a crucial advantage. Boris’s love of mischief and his anarchic streak will make his threat of a no-deal Brexit a serious prospect.

The EU won’t be able to read him. They won’t like that. And they’ll be rather miffed to discover that they can’t help warming to him either. Most of the people who loathe him have never met him. Everyone who enters his orbit finds themselves smitten by his curious, cat-like giggling presence. He likes people. And people like him back. In that respect he’s more of a Reagan than a Trump. He’ll work his magic on the heads of state and the chancellors he’s about to meet. By the fall, the UK will have the most popular leader in the world.