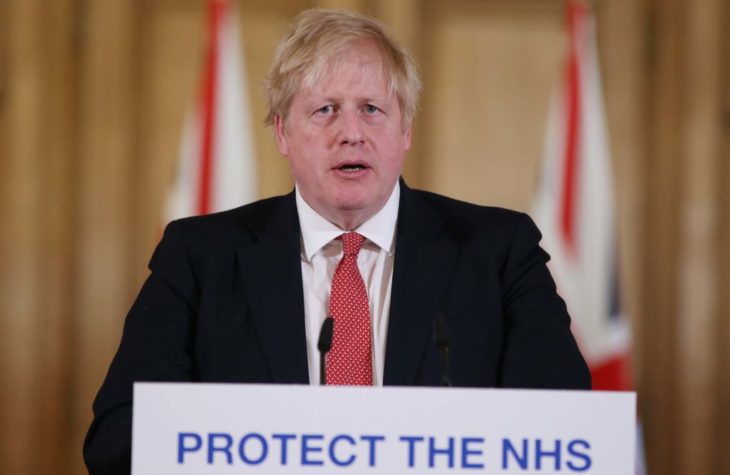 In the past few minutes, Downing Street has announced that British PM Boris Johnson is now in intensive care at St Thomas’s Hospital after his condition with coronavirus deteriorated. He is not on a ventilator currently but has been moved there in case he needs one.

This is the statement from No. 10:

‘Since Sunday evening, the Prime Minister has been under the care of doctors at St Thomas’ Hospital, in London, after being admitted with persistent symptoms of coronavirus.‘Over the course of this afternoon, the condition of the Prime Minister has worsened and, on the advice of his medical team, he has been moved to the Intensive Care Unit at the hospital.‘The PM has asked Foreign Secretary Dominic Raab, who is the First Secretary of State, to deputise for him where necessary.‘The PM is receiving excellent care, and thanks all NHS staff for their hard work and dedication.’

There had been suspicions all day that the prime minister’s condition was rather worse than No. 10 had been letting on. The line, repeated by his official spokesman and by Dominic Raab this evening, was that he continues to lead the country from his hospital bed, had a comfortable night and remains in good spirits. He was even working through his red box of government papers, according to No. 10. But there were odd elisions: Johnson was ‘in touch’ with colleagues, but no-one would say how. Raab admitted at this evening’s coronavirus update that he last spoke to Johnson on Saturday — which was odd, given he is the prime minister’s de facto deputy.

It is understandable why Johnson wanted to continue leading the government, even from his bed. He is good at delegating and trusting others, but this is a national crisis where the country needs a recognizable and confident figure leading. It may also be the case that the prime minister — who is more sensitive than many people realize — had been stung by the ‘part-time prime minister’ accusations leveled at him these past few months. Raab will be assuming the PM’s day-to-day responsibilities now.