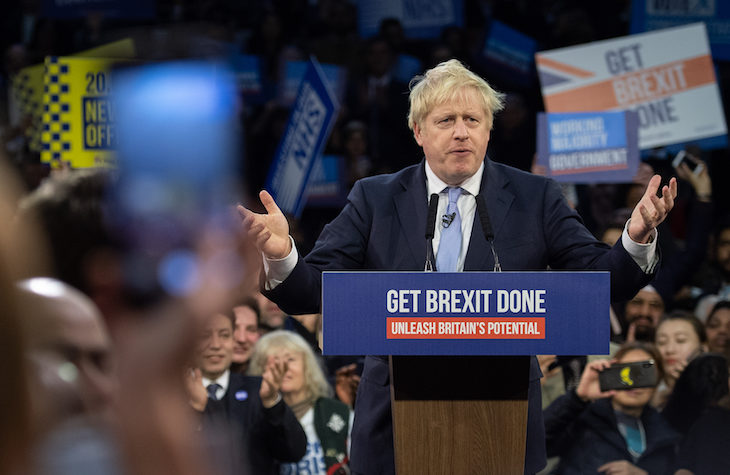 What connected Brexit to the Trump-Clinton race was the stagnation of conventional left-right politics on both sides of the Atlantic. In each country, a critical mass of voters on the right were sick of leaders who embraced a neoliberal version of conservatism — soft on immigration, accommodating toward liberal cultural values, and more concerned with maximizing returns to globalization than with strengthening the bargaining power of citizens. Less-educated, working-class voters who had long looked to the left for champions were similarly frustrated with the Democratic party and Labour’s priorities. Brexit broke the impasse in Britain, and Trump did so in America. Each showed how a new configuration of politics could work.

Johnson’s historic success, nearly on par with Margaret Thatcher’s high-tide victory in 1983, has confirmed that the new right-wing populist coalition works. This is Nigel Farage’s vindication as much as it is Johnson’s — his Brexit party won no seats but compelled the Tories to take a clear pro-Brexit line, and by doing so Johnson not only secured a mandate, he remade British politics. The gains the Tories realized among less-educated voters and the working class, in some cases flipping constituencies that had voted consistently for Labour since the 1930s or even earlier, are of potentially revolutionary consequences. Johnson has ‘dished the Whigs’, or in this case, the multiculturalists led by an old-line socialist. The Democratic party in the US doesn’t have a singular figure like Jeremy Corbyn as its leader. But the composition and fault lines of the party is quite similar — the coalition of the woke and politically correct with the McKinsey consultant class embodied by Pete Buttigieg (the bright young thing in a party otherwise led by soon-to-be octogenarians) is a poor fit for Rust Belt voters on cultural and economic grounds alike. Joe Biden may personally have some appeal to those voters, but his record in the Senate on trade deals and regime-change wars belies his ‘Ordinary Joe’ image.

The challenge that Trump faces is to secure his coalition as effectively as Johnson has done. The irony is that Trump is culturally much more attuned to the new populist-right base than Johnson is, but Trump has shown a self-harming tendency to cut deals with his enemies. He deferred too much of his administration’s domestic agenda to House Speaker Paul Ryan — America’s analogue to Theresa May — during his first two years in office. The USMCA trade deal that Trump has devised to replace NAFTA is an improvement. But Trump has to convince his base that USMCA and a trade truce with China are not the end of his fight for a better deal for American citizens and workers. Like Johnson, he has to keep what is salvageable from the old conservative coalition while adding new populist muscle.

Johnson did it by purging his party — he made it clear that outspoken opponents of Brexit were unwelcome, no matter how high-ranking or prestigious they might once have been. The Tory candidates who stood for election this week were tested and purified: they were behind Brexit, no matter how they defined their personal ideology. There are big-government Brexit Tories and small-government, Thatcherite Brexit Tories, but they’re all Brexit Tories. Trump needs a party that matches its populist and right-leaning base. The Republican party in Congress has been slow to change, and unlike a parliamentary leader like Johnson, Trump can only exert indirect control over his party’s legislators. But the change is happening, and Trump can accelerate it. The wave of Republicans retiring from Congress in 2020 is a sign of health, as the old guard (and the would-be heirs of the Bush-McCain-Romney-Ryan GOP) purges itself.

Trump still has a suburban problem and his best hope for solving it is if the Democrats nominate a ticket that terrifies educated, middle-class voters the way Jeremy Corbyn terrified so much of the middle-class British electorate. In the long run, however, the new GOP can’t rely on being lucky in the enemies it draws. Even in 2020, Republicans may be putting too much hope in the unelectability of the Democratic front-runners. A frustrated enough public will elect anyone who promises a break with the status quo, as Donald Trump should know better than anyone. A more disciplined party — and yes, a more disciplined administration, with actually loyal and philosophically committed appointees — is what the president needs to pull off the miracle of making populism compatible with suburban conservatism.

Johnson has shown one way to do it. Republicans now need a crash-course in figuring out how to do it in America. Once the congressional GOP and Republicans at the state level have Trump’s priorities and something of Boris Johnson’s skill, US politics will be primed for the kind of realignment that has just happened in Britain. 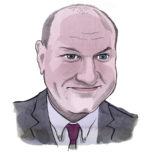