The brave new world of 5G 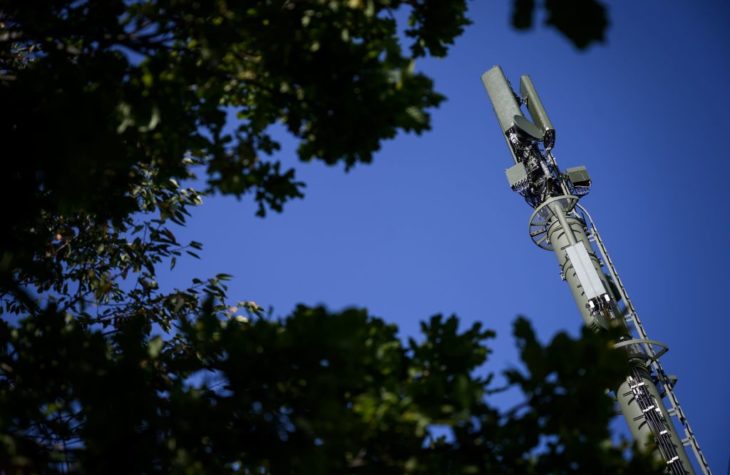 The brave new world of 5G

To those who understand it, 5G is the next exciting piece of technology and it is coming to your neighborhood soon. For the rest of us, it is a number and letter that mean almost nothing, but we talk about it as if we really do understand our future and how great it’s going to be.The theory goes that 5G is a game-changing new generation of wireless technology, a little like the iPhone of today compared with the old rotary telephone. The scientists behind 5G believe it will, at last, deliver very high data speeds to every connected device and do so with extraordinary reliability.Today, 5G has been deployed in 20 American cities from New York to Atlanta with a further 10 coming online before the end of the year. All the major cell phone companies have 5G capability, and there are five smartphones that will run on 5G today. But — and it’s a really big but — 4G devices won’t work with 5G, so new equipment will be needed before true access is possible.

And given the very high frequencies that 5G uses, the operating range is just a few hundred meters and the waves won’t go through windows or penetrate buildings. Until a ubiquitous network is established, the value will be more in bragging rights than usability.The communication revolution began with the development of 1G in the 1980s, which allowed for analog voice calls. This was followed by 2G in the 1990s for digital voice, 3G in the 2000s for mobile data, and 4G in the 2010s with mobile broadband. But broadband has been constrained by the radio spectrum that limits how much data can be pushed along at any one time. That has been magnified by the development of artificial intelligence and the so-called Internet of Things, whereby one piece of technology can be connected to every other piece. This is about more than how much we might be able to use our smartphones; it will allow for the creation of smart homes, smart cities, smart transportation, and smart factories. And ordinary folks like you and me will be able to download the latest series of Peaky Blinders in seconds. But such bold ideas reveal 5G’s missing link.For many of us, the 5G revolution might not matter much, but if you want to connect in real time with perfect clarity with the shop floor you manage in Vietnam from your home in Austin, 5G is truly a transformation. If you need to attend a board meeting in London, your avatar will turn up courtesy of 5G while you remain at home in New York.What this means is that the very definition of work will change. Already, millions of Americans work from home and millions more commute to work. But in the 5G future, the boundaries that exist between work and home with vanish because most workers will be able to ‘visit’ their workplace, and every building, production facility, design studio, and hospital will be available as a truly immersive experience for a person thousands of miles away. As a practical matter, doctors will be able to perform surgeries using the next generation of virtual reality, known as XR, using 5G technology. A doctor might have contracts with several different hospitals around the world and perform surgeries entirely virtually. If the full promise of artificial intelligence is realized, an American executive might be able to attend several board meetings without ever leaving his home. His avatar would attend, and a virtual reality headset would take him to the room while language barriers would vanish with simultaneous translation feeding the conversation through his headset in real time. Education, too, could be transformed as textbooks will no longer be inanimate pages sitting on a desk. Instead, schoolchildren wearing VR goggles might see ideas come to life, with a lesson in geography, for example, transporting the pupil to the exact location being described, complete with a true feeling for heat, light, and color.Huawei, the technology company alleged to be a front for much Chinese espionage, is one of the leaders pushing 5G technology across the globe. The American intelligence community, along with those of other countries, has raised concerns that Huawei’s 5G solutions could be used to radically expand the company’s spying. This has been very overblown, and while it is true that in the short term, Huawei is a threat, as 5G matures, China will be unable to keep pace with the West.Is Huawei a cover for China’s espionage? The answer is an unequivocal yes — and in every aspect of what it does and sells, including the current 5G solution. But will it be able to compete over the long haul, as everything to do with 5G migrates to the cloud? No, because the company, which doesn’t have the flexibility to change fast enough, won’t be able to compete as the whole 5G world moves very rapidly. Huawei’s delivery systems are designed for the legacy technology of yesterday, with routers and boxes providing the connectivity. In the future, most of 5G will be cloud-based, and Huawei will become more and more irrelevant, leaving the 5G field to America and some European countries.2019 will be the year of the 5G rollout, but it will not be until next year that the full promise of the technology will begin to be realized. Every company that makes a device with a chip inside is calculating that the result will be a boom as we all race to make our devices 5G-compatible. Then, with new device in hand, we will be able to visit every corner of the globe in real time, project our avatars to our favorite beach or unfavorite boardroom while instructing our fridge to order the next batch of groceries to be delivered by drone. A brave new world beckons.