Britain needs to rediscover failure if it wants to prosper 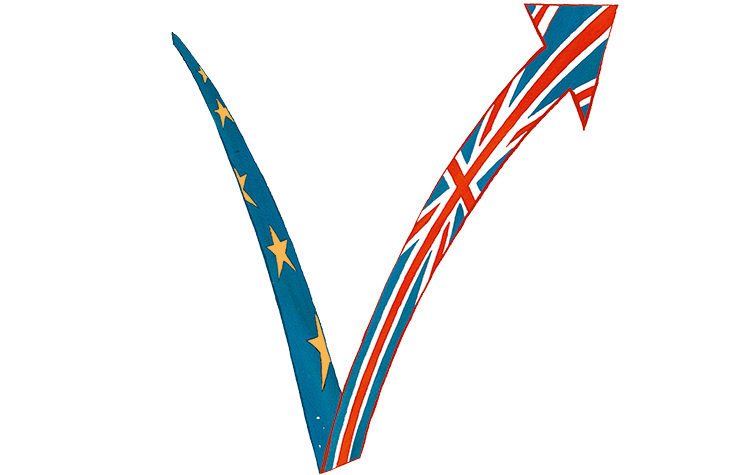 Britain needs to rediscover failure if it wants to prosper

What was Brexit for? After finally taking Britain out of the European Union, the prime minister can now start to give us his answer — and the opportunity in front of him is pretty clear. He could speed up, perhaps double, the rate of economic growth by unleashing innovation. After leaving the slow steaming European convoy, Britain must not chug along but go full speed ahead. That means rediscovering trial and error, serendipity and swiftness — the mechanisms by which the market finds out what the consumer wants next.

The stifling of innovation by vested interests in the corridors of Brussels has held Britain back for too long — but it is not the only reason for our sluggish innovation capacity. We can also blame creaky infrastructure, neglect of the north, a glacial-speed planning system, the temptations of a speculative property market, low research and development spending, and a chronic inability to turn good ideas into big businesses.

But compared with the continent, at least, we have an enviable ecosystem of innovation in some sectors. London is one of the best places to start a company in fintech, artificial intelligence or genomics. In the past five years, helped by enterprise investment schemes, Britain has spawned twice as many billion-dollar tech companies as the next best European country (Germany), and last year attracted a third of all European tech investments.

But that’s mostly digital. As the tech investor Peter Thiel is fond of saying, most innovation is now about bytes, not atoms, because we’ve made it so hard to develop new drugs and new machines. Far from living in age of rampant change, innovation has slowed in the West. It is half a century since jet airplanes got faster. Drug development has ground almost to a halt. The turnover of firms in the stock market is falling.

The problem lies in translating ideas into practical products people actually want to buy. Britain’s been bad at this for decades, and most policy-makers underestimate the difficulty — and the value — of turning an idea into a product. Thomas Edison, who worked through 6,000 different plant materials before settling on Japanese bamboo as the best material for light-bulb filaments, famously said that innovation is 1 per cent inspiration and 99 percent perspiration.

The answer does not lie in spin-outs from universities. As long ago as 1958 the economist John Jewkes in an influential book warned governments against investing in pure science as the main way of stimulating economic growth. Science is just as often the fruit of technology as it is the seed (though fruits contain seeds). Boosting science spending is a good thing, but it won’t turn Britain into Silicon Valley on its own.

Richard Jones of Sheffield University recently caught the attention of Dominic Cummings with an essay about the need for better innovation policies, especially ones that work up north. Many of his suggestions are valuable, but his focus is on how to use the government to boost innovation, and that way lies danger. Except when setting standards, government has a habit of picking technologies it thinks we should want, rather than the ones we actually do want. As Oxford’s Professor Dieter Helm has put it with respect to energy policy, governments love picking winners, but losers are good at picking governments.

Jonathan Swift’s Gulliver met a chap in the Grand Academy of Lagado who had ‘been eight years upon a project for extracting sunbeams out of cucumbers…he told me, he did not doubt, that, in eight years more, he should be able to supply the governor’s gardens with sunshine, at a reasonable rate: but he complained that his stock was low, and entreated me “to give him something as an encouragement to ingenuity”.’

History shows that the way innovators make ideas into practical and affordable products or processes is trial and error. Edison understood that, as does Jeff Bezos, who made plenty of mistakes on his way to huge success. Says Bezos: ‘Our success at Amazon is a function of how many experiments we do per year, per month, per week.’ Among Silicon Valley’s best features is a forgiveness of going bust at least once. Capital there is patient and takes risks.

Paradoxically, one thing Britain needs is more failure, or rather the courage to take risks. In a high-cost economy it’s rational to be timid; in a low-cost economy, you can afford to fail in order to learn. We are currently a high-cost economy, which makes people risk-averse. Government has to make risk-taking less economically dangerous, and that means a liberal fiscal policy and speeding up the decisions of regulators: Brussels took more than two years to decide even whether to regulate genome editing in plants, while America and China forged ahead. Cutting costs and delays will be popular with households as well as innovators, so it really shouldn’t be too difficult.

Vast vested interests are ranged against innovation, especially in Brussels, where big business and big pressure groups swarm all over the Commission and parliament. For example, the green movement raised a lot of money by opposing agricultural biotechnology and fracking; big pharma tried hard to kill vaping to protect its nicotine patches and gums through an EU directive. The extreme version of the precautionary principle in the Lisbon Treaty is killing innovation: instead of ‘better safe than sorry’, it scores any future hazard, however small, but ignores any future benefit, however large. The principle demands that if a product is not known to be safe then it must be deemed dangerous, even if it is far safer than the existing technology it replaces. Thus the EU threatens to ban glyphosate herbicide on precautionary grounds even though the EU’s own food safety authority says it is less likely to be carcinogenic than coffee. And coffee is actually drunk, which herbicide is not — but the EU has formally switched to measuring ‘hazard’ not ‘risk’, which is hazard taking into account actual exposure. Reform need not be a race to the bottom, because existing technologies entrench existing hazards.

We should not abandon the precautionary principle altogether, because it is right to consider unknown risks, but we should abandon the EU’s extreme version and balance it with an innovation principle that requires government to take into account the impact of rules on stifling beneficial innovation. Innovation has always faced opposition: coffee was fiercely opposed by the alcohol industry and umbrellas by the hansom cab industry, but in the old days governments were more inclined to side with the consumer and against the Luddites.

If the British innovation engine starts purring again, we could rediscover the joys of rapid economic growth, with more money for schools, hospitals and improving the environment. Having a global financial center, a great scientific reputation, the common law, the English language and an open trading system, Britain is as well placed as anywhere on earth to attract innovators. Give it a go, Boris.