A whole generation has now learnt Catalan, arguably at the expense of Spanish 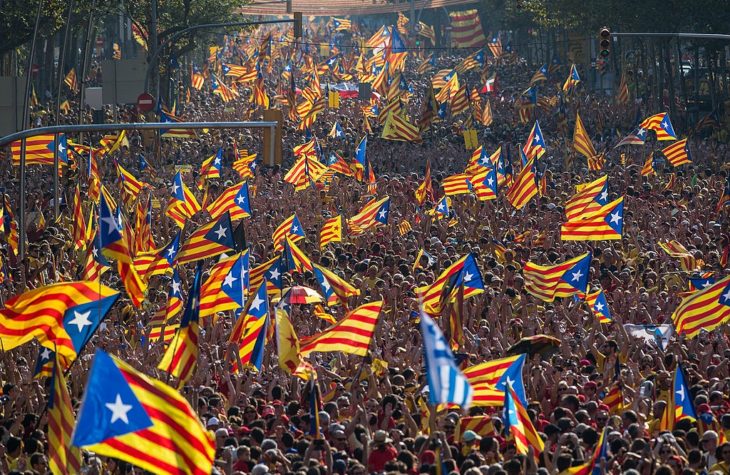 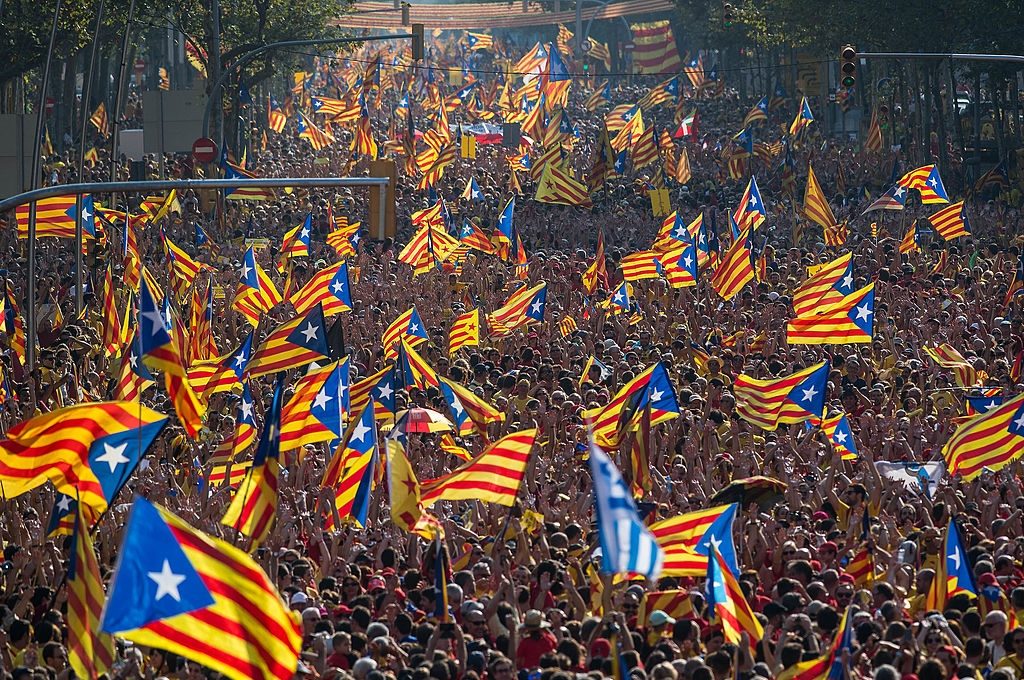 ‘Scotland,’ declared the Times of London in 1856, is ‘manifestly a country in want of a grievance.’

The same could be said of Catalonia, which held regional elections last week. Catalonia spent much of the 19th century adding to its store of grievances. In 1885 a deputation of politicians traveled to Madrid in a fruitless attempt to interest Spain’s government in a comprehensive list of their region’s ‘greuges’ (Catalan for grievances).

A century later the post-Franco democratic settlement for Catalonia attempted to right these historical wrongs once and for all by granting the region unprecedented powers of self-government. Since then Catalonia’s autonomy has increased even further. Today, among other competencies, it has education powers, its own police force, health service, and radio and television channels.

But rather than decreasing, Catalonia’s list of ‘greuges’ has grown and grown. Over the last four decades both the media and the school curriculum have encouraged the sense that Catalonia is a different country and fostered a narrative of victimhood. A whole generation has now learnt Catalan, arguably at the expense of Spanish, and imbibed a selective and distorted version of Catalan history. The readiness with which some separatists claim that modern democratic Spain subjects Catalonia to Franco-style repression suggests how little historical sense they have.

Meanwhile the subliminal message of weather forecasts on Catalan television, showing the western Mediterranean but excluding most of the Iberian Peninsula, is that Catalonia is not part of Spain, an impression reinforced by maps children study in their geography textbooks. Separatists now routinely refer to the rest of the country as ‘the Spanish state’ in the same tone of voice as Scottish Nationalists refer to ‘Westminster’.

Although Catalonia has never been an independent state, the region has been endowed with some of the apparatus of a sovereign country including a number of ‘embassies’ in foreign capitals. As more autonomy has been granted, layers of administration staffed by ever more public service employees have been added, encouraging corruption and a culture of dependency.

In 2010 when key aspects of a new Statute of Autonomy proposing yet more self-government for the region were deemed unconstitutional, another major ‘greuge’ was added to the list. On Catalan national day in 2012, at a time when the economic crisis was making many wonder if they really had much to lose, well over a million people demonstrated for ‘Catalonia: a new state in Europe’. Another slogan, ‘Spain is robbing us,’ referred to the fiscal transfers that prosperous Catalonia makes to poorer parts of the country.

A crisis point came on October 27, 2017 when, emboldened by an illegal referendum with a turnout of just over 40 percent, the Catalan parliament, in open defiance of Madrid, made a unilateral declaration of independence. The expected support from the international community failed to materialize, however. The secessionists were especially disappointed by the European Union’s cold shoulder: ‘If we allow Catalonia…to separate, others will do the same,’ observed Jean-Claude Juncker.

As Carles Puigdemont, the Catalan regional president, and others fled the country to escape arrest on charges of sedition, rebellion and embezzlement of public funds; the brutality of police attempts to stop the referendum, the imprisonment of other secessionist politicians, the temporary suspension of Catalonia’s autonomy, Madrid’s refusal to countenance a legal referendum, and a stern rebuke from King Felipe VI were all duly added to the now rapidly growing list of ‘greuges’.

In the regional election in 2017, pro-independence parties won 47 percent of the vote and only 70 of 135 seats. Another pro-independence government was duly formed but it started to become apparent that there was no way forward for the secessionists. Not only did they lack the unequivocal support of a majority of Catalans, but Spain’s main political parties had made it abundantly clear that they would not even consider allowing a legal referendum. And, a breakaway state could evidently expect no help from the EU.

Against this background how did Catalans vote in Sunday’s regional elections? With a very low, COVID-affected turnout, none of the nine competing parties won anything like the 68 seats needed for a majority in Catalonia’s regional assembly. The three pro-independence parties captured just over 50 percent of the vote, allowing them to claim that a majority of Catalans favor secession. Moreover, between them those pro-independence parties won a majority of the seats (74 out of 135) and so are well placed to form a government.

If, as seems likely, another pro-independence government does eventually emerge from the post-election negotiations that will now begin, what can it do over the next four years when there is no roadmap that leads to independence? The answer, of course, is that it can bide its time and carry on happily adding to its catalogue of ‘greuges’.