‘I will not be posting about my support for Donald Trump on my Facebook page, nor will I be placing his campaign sign in my yard’ 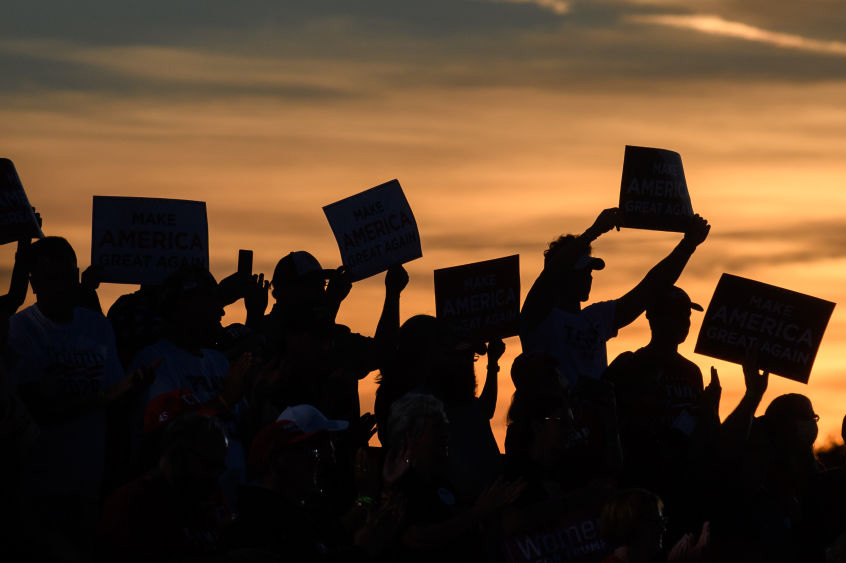 Suburban women are understood to be one of the most crucial demographic groups in the presidential election on November 3. Many pollsters currently predict that President Donald Trump will lose due to his unpopularity with that category of voters. But have the Democrats really reclaimed the suburbs? Or are there more likely Republican voters than the polls suggest?

The Spectator tracked down a series of so-called ‘closet Trump’ voters, women from the suburbs who would never publicly voice their support for the President for fear of recrimination in their social circles. These are their stories.

As a white suburban mother of three who lives in the suburbs of western Pennsylvania, I am very aware that Donald Trump is not perceived to be popular with women like me. I voted for Trump in 2016, despite being unimpressed with his rhetoric and unpolished nature. Of course I had concerns about his personal ethics, but I decided to take a chance on the impressive people with whom he surrounded himself. Also I wanted to avoid a Hillary Clinton presidency.Almost four years later, I am basing my decision to vote for Trump based on his performance as President. Although at times his communication style annoys me, I choose instead to focus upon his accomplishments. Under President Trump, I believe that our country is safer, more prosperous, internationally respected and better aligned with my personal values. But my more typical outward, vocal backing for Trump — and indeed most Republicans — has grown understated over the past year. I feel like bold support of this President often results in assumptions, accusations and potential harm.Law and order are critical to me, as I have watched various Democratic leaders celebrating and endorsing riots and criminal behavior, all while blaming Trump for the chaos. I obviously do not support defunding the police and am greatly concerned over that movement. There is a significant political divide in our nation; sadly, neither party is being effective in unifying us as Americans. But at the very least, Donald Trump is working to maintain and enforce the law for all Americans, while protecting our borders with a fair and legal pathway to citizenship. If I were to tout this view publicly, I would be accused of racism.Donald Trump’s greatest accomplishment has been the robust growth of the economy. The lower unemployment rate, rapid job creation, and support for small businesses has been extremely impressive. Despite the negative effects of the COVID-19 shutdowns, I have been amazed at the economic recovery that has surprised even his worst critics. My predominantly liberal coworkers and I have personally benefited from the Tax Cuts and Jobs Act, yet I am unable to mention Trump’s role in the policy without becoming the target of a fiery comeback.Under President Obama, I believe that America was turning down a harmful road with his lack of support for our military and his pathetic efforts to represent American interests abroad. Donald Trump’s correction of Obama’s flawed foreign policy, renegotiation of trade deals, and recent Middle East peace agreements are nothing short of miraculous and will have a long-lasting positive impact on the world. As a result, the United States is more globally respected than we were four years ago. But I am perceived as selfish and privileged for endorsing an ‘America First’ philosophy that benefits everyone.

Most importantly, I am thankful for Donald Trump’s support of the sanctity of life, with which I strongly align. Being the first sitting President to make a public address at the March for Life was a powerful statement, further enunciated by his actions in preventing the funding of abortions and appointing pro-life Supreme Court Justices who will hopefully be able to advance the right to life cause. But what a disappointment I must be to my so-called ‘feminist’ friends. How dare I, as a woman, oppose ‘choice’!My personal evaluation of Donald Trump is not based on what he says or how he says it, but by what he does. When he launched his political career, he made it clear that his priority was to work for the American people, not for Washington. The fact that he is so despised by so many career politicians, on both sides of the aisle, demonstrates his obvious effectiveness.I will not be posting about my support for Donald Trump on my Facebook page, nor will I be placing his campaign sign in my yard. Doing so could make me or my family a target. Might my employer, which has made a public statement in support of Black Lives Matter, be notified about my support for Trump? Stating my position is just not worth the risk, nor is debating my friends, who have become so extreme in their stances that their only defense is to accuse everyone with an opposing viewpoint as racist. I will continue to educate myself with facts, quietly await November 3, then cast my vote for Donald Trump. I doubt I will even slap an ‘I Voted’ sticker on my shirt as I leave the polls this time. I mean, why risk offending people with an expression of my constitutional rights?