The Democratic art of magical thinking 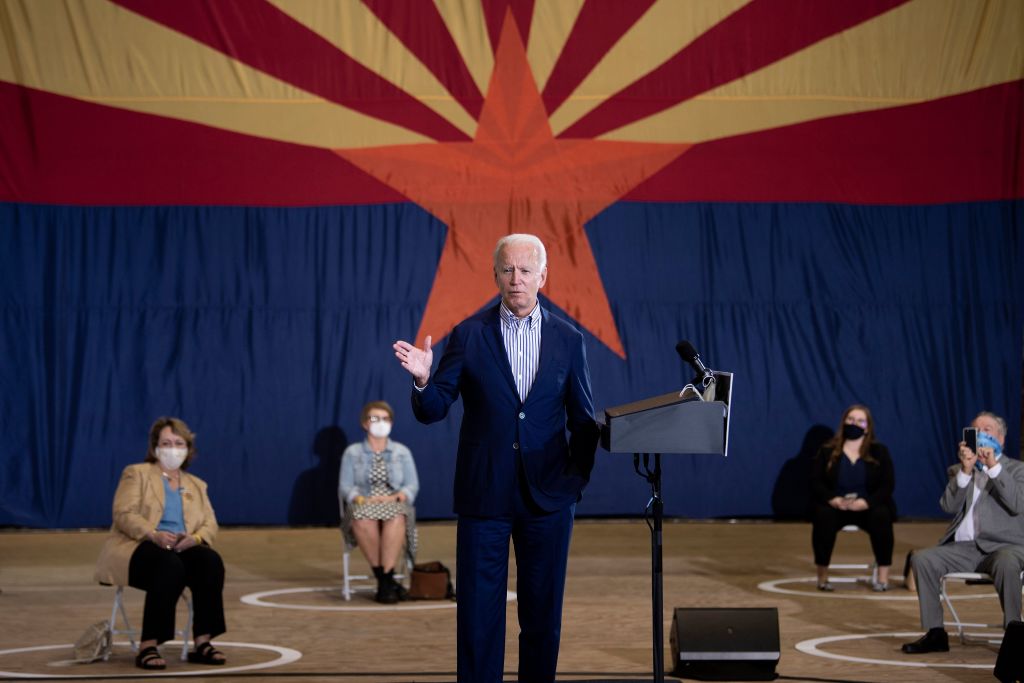 The Democratic art of magical thinking

But Biden’s supporters? Well, that is another matter altogether. There you see a wild efflorescence of magical thinking.

What is magical thinking? It is the irrational belief, rampant among primitive peoples and those exposed to too many woke college seminars, that our thoughts influence or ‘constitute’ reality.

In the present case, we see Biden’s supporters telling us, and through telling us, telling themselves, that their candidate is ahead in the polls and is therefore likely to win the election in November.

They omit to say that their polls are fantasy polls: that they are of registered, not likely, voters, that they oversample Democrats or suburban women, that they fail to factor in the phenomenon of the shy Trump voter, who fully intends to vote for the President but is not happy about advertising it to random pollsters.

Among some architects of this fantasy, there is a strategy. The idea is that by claiming something is true one can influence opinion, at least at the margins, and up the odds of its becoming true. In itself, this is not irrational. If you hear something often enough, not only do you remember it, you also begin to believe it.

That, anyway, is the theory. How does it work in practice? Pretty patchily, I’d say, and for confirmation I offer the spectacle of the late evening of November 8, 2016. Remember all those shattered faces at the Javits Center, home of the Hillary victory party that never was? There they were, etched with grief, moist-eyed, mute or maundering, sown with an incredulity that had not yet degenerated into rage. You saw something similar among the talking heads at CNN, MSNBC and the other major dispensers of Democratic propaganda. This couldn’t be happening. Recall the sad/funny footage of Ben Rhodes that night. It was a grief observed. ‘I, I can’t even…I c-can’t…I, I mean I c-can’t…I c-can’t put it into words…I don’t know what the words are…’

I could help, Ben. The words were: ‘Hillary lost, Donald Trump won.’

It’s actually quite simple. Most people think, rightly, that politicians as a tribe tend to be cynical and corrupt manipulators of the public. But what the Australian philosopher David Stove said about philosophers applies to politicians too: ‘They are hardly ever cynical manipulators of their readers’ minds. They do not produce delusions in others, without first being subject to them themselves.’

By the time that October 2016 rolled around, I was confident that — barring some unforeseen catastrophe — Trump was going to win. I watched as he crisscrossed the country, drawing ten, twenty, thirty thousand fans to his rallies day in and day out. I took on board his performance at these events: seemingly casual and off-the-cuff but forcefully hammering home a menu of important points about immigration, taxes, judges, the US military, international trade and foreign policy. Most of the polls continued to place Hillary way ahead until, suddenly, she lost, around about 9 p.m. on election night.

How could this have happened? I don’t mean how could Hillary have lost — she ran a terrible campaign, was hugely unappealing personally and she was lazy. (For his part, Trump was a dynamo, always on the move, always before the public, never missing a chance to mix it up with the media or his opponents.) What’s harder to understand is the origin of the Dems’ magical thinking — a form of fantasy that is at least as powerful a force in 2020 as it was in 2016. I think there are two main sources of the delusion. One is the habit of credulity that is a by-product of all utopian thought. The Democrats have mutated into the party of nowhere, so it is not surprising that they prefer pleasing fantasy to sobering reality.

The other is the attack on objective truth that, in various ways, has been the gospel proclaimed by fancy professors for the past several decades. Students are everywhere taught to be suspicious of truth, to proclaim the relativity of values. This is a brain-addling teaching, but one that you would have to look far and wide to find a place it hadn’t reached.

Epistemic nihilism, in fact, is the order of the day in all the best colleges and universities. But the result is not so much a failure as a promiscuity of belief. Right now, today, Democratic cities across the country are being torn apart by vicious race-mongers. Anyone with eyes to see knows that Trump is all that stands between us and a race war. As I write, there is news that the economy added another 1.4 million jobs to the nation’s payrolls, significantly exceeding expectations. Unemployment, which had skyrocketed under the Chinese virus shutdown, is falling fast.

These are huge accomplishments, as was Trump’s pathbreaking diplomacy that saw Israel, the UAE and Bahrain normalize relations. But the headlines have been filled with, for instance, a story from the Atlantic that the President avoided visiting a French military cemetery because the soldiers buried there were such ‘losers’. The ink wasn’t dry on that wretched column before it was refuted by several eyewitnesses. Yet it will be sedulously circulated. And it will give aid and comfort to those building cloud- castles about the results of the 2020 election. Once again, the Democrats are setting themselves up not only for major disappointment but for staggering disillusionment. That’s the trouble with magical thinking. Sooner or later, reality intrudes and destroys the web of fantasy that the spurious magic has spun.

This article is in The Spectator’s October 2020 US edition. 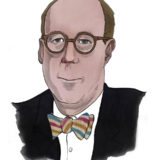