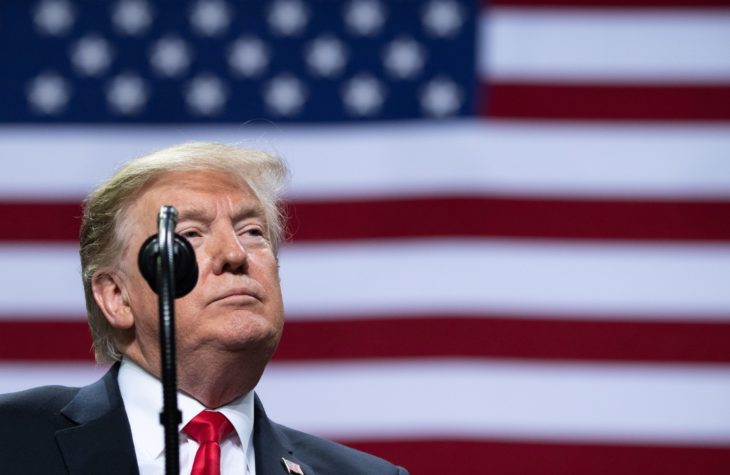 US President Donald Trump stands in front of a US flag during a Make America Great Again rally in Green Bay, Wisconsin, April 27, 2019. (Photo by SAUL LOEB / AFP)

Donald Trump is in the soup again, this time for appearing to reject the World Health Organization’s estimate for the death rate from coronavirus (Covid-19): 3.4 percent. ‘I think the 3.4 percent is really a false number,’ he said on Thursday before adding that he had a ‘hunch’ that the real death rate is less than one percent. Twitter, needless to say, immediately went into meltdown, the most polite response was to call him ‘irresponsible’.

Trump is not quite the person I would call upon for insight into matters relating to virology. He does, of course, have a reputation for shooting from the hip, yet his reasoning on this is more sound than many of his critics would admit. Indeed, the WHO itself was at pains to stress that it’s 3.4 percent figure was not really an accurate mortality rate — it is simply the number of deaths divided by the number of confirmed cases. The problem is that while deaths from coronavirus are almost certain to be recorded, many mild cases of the disease will not have found their way into official figures. Some people, who suffer no more than the effects of a cold, may not even suspect they have the disease. Others may wonder whether they have it, but will self-isolate and not report their condition to a doctor.

Professor Neil Ferguson of Imperial College was on the radio in Britain on Thursday making exactly this point. Referring to the outbreak in Italy he said: ‘for every person who dies we think there might be 100 or over 200 people infected.’ If he is right, that would give a death rate of one percent or less — exactly as Trump has claimed. Another guide is a Chinese report last week which claimed that the death rate from Covid-19 in Hubei province has been 2.9 percent, but outside Hubei province the death rate was only 0.4 percent. Again, you wonder how many of the early sufferers of the disease – who contracted it before it was identified as a novel virus — were aware of what they had contracted, which might explain why the measured death rate in Hubei Province, where the disease began, is so much higher.

There is a negative aspect to this: the number of people globally who have contracted Covid-19 is almost certainly higher than the 100,000 measured by WHO. These people may be spreading the disease without being aware they even have it. But no, 3.4 percent — which is in danger now of entering common currency — is unlikely to an accurate mortality rate. Covid-19 is not the bubonic plague (a disease believed to have killed around half those who contracted it). The president is not wrong to call out those who seem to delight in making out that it is a grave threat to civilization. 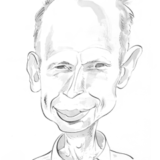