Defining political dissent as a psychological problem is a Soviet trick 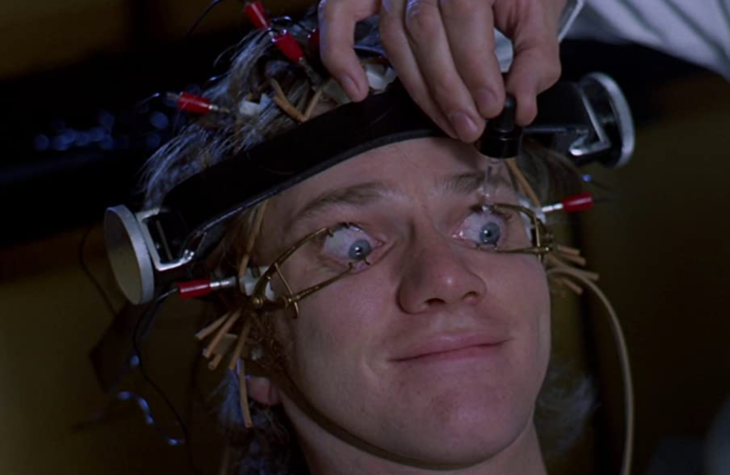 Malcolm McDowell as Alex in A Clockwork Orange (1971) 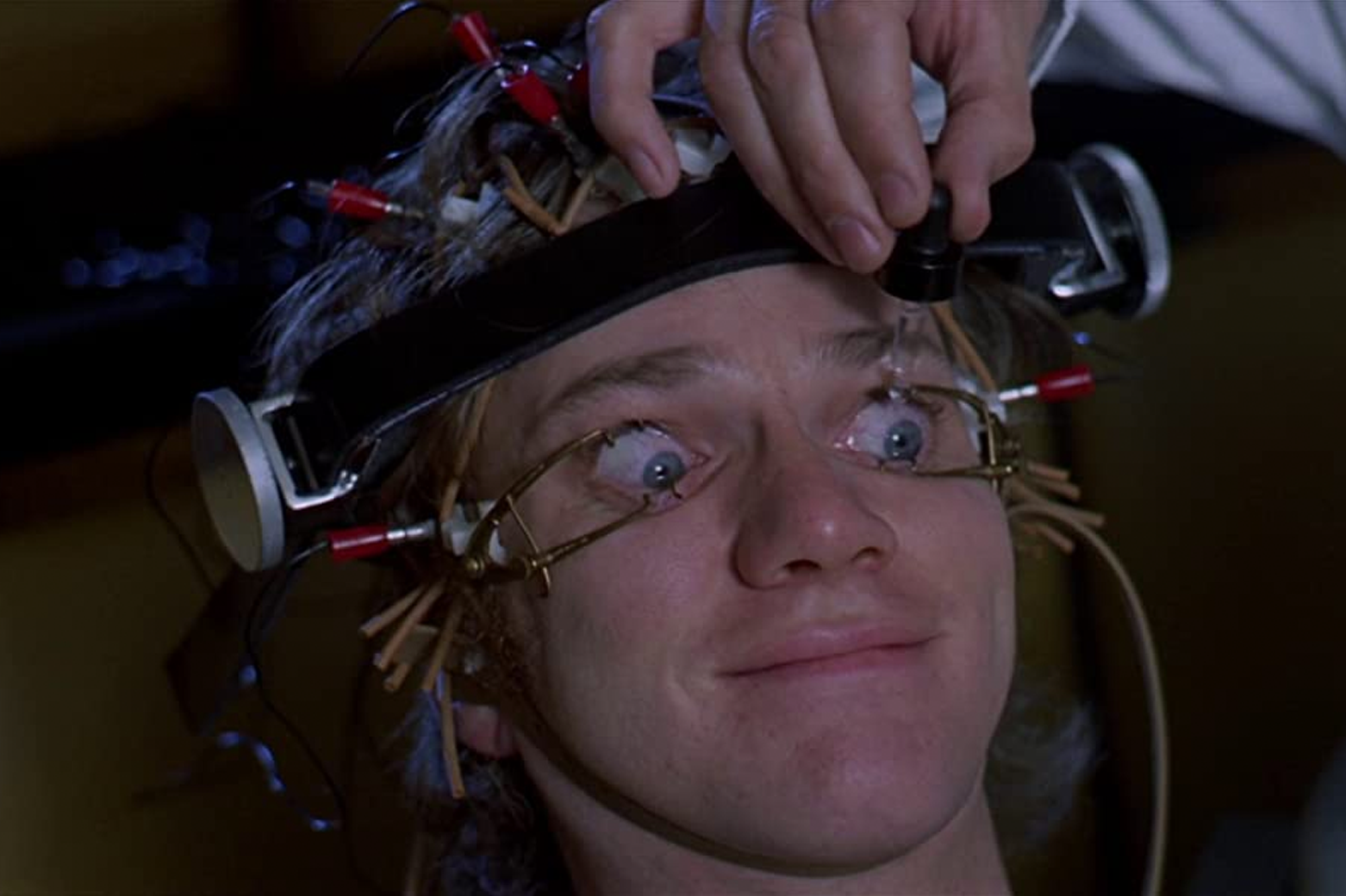 Christopher Gadsden’s famous ‘Don’t Tread on Me’ flag needs to updated to ‘Don’t Deprogram Me’. That’s the latest threat; if you supported the wrong candidate, you won’t just get trodden on, you’ll get therapy. Is it just me, or does being trodden on sound preferable?

‘There are millions of Americans, almost all white, almost all Republicans, who somehow need to be deprogrammed. It’s as if they are members of a cult,’ Washington Post columnist Eugene Robinson said of Trump supporters on January 12. Former CBS news anchor Katie Couric agreed. ‘How are we going to really, almost, deprogram these people who have signed up for the cult of Trump?’ she asked Bill Maher. And both CNN and Vanity Fair ran interviews with Steven Hassan, former Moonie and author of The Cult of Trump, discussing the best way to help Trump cultists escape the supposed abusive authoritarian who supposedly rules their minds.

Conservatives didn’t take kindly to these remarks, inquiring just what sort of deprogramming Katie and her pals had in mind and pointing out that ‘reeducation’ is what communists do in camps. Business Insider took it upon itself to rebuke this overreaction — only delusional conspiracy theorists could possibly make such a mountain out of a molehill! Katie, Eugene, CNN and Vanity Fair simply wanted to help people! Of course no one is going to be unfairly silenced or oppressed for supporting the wrong candidate.There’s no evidence for that, and if there were, we the Reputable Press would know about it and tell you immediately. Business Insider piously intoned: ‘There is no evidence suggesting the incoming Biden administration plans to take Trump voters into custody because of their voting records.’ Well, that’s good to know, but why all this talk of deprogramming?

Defining political dissent as a psychological problem is a Soviet trick. They invented a new disease, ‘sluggish schizophrenia’ and explained that even though the subject might not display any symptoms of ordinary schizophrenia, his unfounded allegations against the government showed it was gradually coming on.  Only a madman could possibly dislike the Soviet idyll. American Marxists think the same: only a brainwashed cult-member could possibly support Trump.

Wait a minute, they’re Marxists? Katie Couric, CNN, Vanity Fair? Well, yes. As Yoram Hazony explained last August in a brilliant Quillette article ‘The Challenge of Marxism’ the progressives seeking to overthrow liberalism in America are authentic Marxists, like the Soviets in Russia and the Communist party in China. We need to call them out as such in order to respond effectively.

But first, we need to draw the battle lines. If it’s Marxism against liberalism, Marxism wins, as Hazony pointed out, because Enlightenment liberalism — what you might call America’s native ideology — is by nature vulnerable to Marxist exploitation.  Hazony explains it more lucidly than I ever could, but long story short: liberalism promises freedom and equality. Marxism agrees, ‘We have a deal!’ and proceeds to sit back and happily play freedom off against equality all day long, there being an unending supply of oppressed minorities whose equal rights will come at the expense of someone else’s freedom. Chaos results, and people become so desperate for a semblance of order that socialism starts to look appealing.

Here’s an example, modeled on Hazony’s. If this is a free society, argues Marxism, then boys are free to decide they are girls. If this is an equal society, then boys who are girls should have equal access to girls’ restrooms. Liberalism can’t explain why this is wrong without resorting to traditional concepts of personhood, nature, and privacy. It takes tradition to say flatly, with the weight of history and the authority of generations stretching back into time immemorial, ‘This is wrong.’ At which point everyone can forget about it and start worrying about real problems for a change.

Tradition doesn’t live in libraries — it lives in the minds and hearts of a people. That’s why ‘deprogramming’ seems a useful idea to the left: they’re not after what you might do, they’re after what you might think. Conservatives who want to be strong enough to resist deprogramming need to steep themselves in tradition, not just by knowing it but by actually living in accordance with old ideas, old habits, old customs, old culture.

These are what the Chinese called the Four Olds, and we know they are important because the Reds devoted an entire Cultural Revolution to wiping them out. The weaknesses in liberalism have been so well exploited in the West that hardly anyone who’s been through the public education system can read the phrase: ‘living in accordance with old ideas, old habits, old customs, old culture’ without cringing slightly. We’ve been taught so relentlessly that new is better, that progress always improves things, that the past ain’t nothin’ but a cautionary tale. Yet a civilization with contempt for its Four Olds is a civilization divided against itself; it cannot stand.

In the last year Marxism has shown its hand more clearly. Coronavirus and the hugely disruptive social measures adopted across the world in response offered a golden opportunity for the final destruction of the West’s Four Olds. Our old customs and old habits are literally forbidden by law. We sit isolated in our homes, watching rioters on TV violently tearing down the statues that represent America’s old culture and old ideas, destroying private property and bullying citizens into public denunciations of their own civilization, while the greater part of the media and elites dance gleefully around the flames.

To its credit, the Trump administration tried to rein in the virus-related social disruption. It also pushed for a positive presentation of American history in schools, it banned critical race theory, launched the 1776 Commission, and publicly tipped the hat to Christianity, all moves countering Marxism. The subsequent outcry made it obvious to anyone with eyes that if Trump was getting flak, it was because he was over the target. The unseemly haste with which Biden, his hand still dusty from his family Bible, began cancelling these initiatives showed Trump had hit the radical agenda where it hurt.

The trouble with the 1776 Commission, though, is that 1776 wasn’t that long ago. What about a 5th century BC Commission, when Greek playwright Sophocles declared the supremacy of tradition over mere government? ‘I did not think anything which you proclaimed strong enough to let a mortal override the gods and their unwritten and unchanging laws. They’re not just for today or yesterday, but exist forever, and no one knows where they first appeared.’

That’s the kind of traditional attitude that makes it possible to meet the Marxist challenge boldly and live — un-deprogrammed, un-brainwashed, undefeated — to tell the tale.