Can we engineer our way out of the climate crisis?

New developments in technology offer the potential to avert disaster 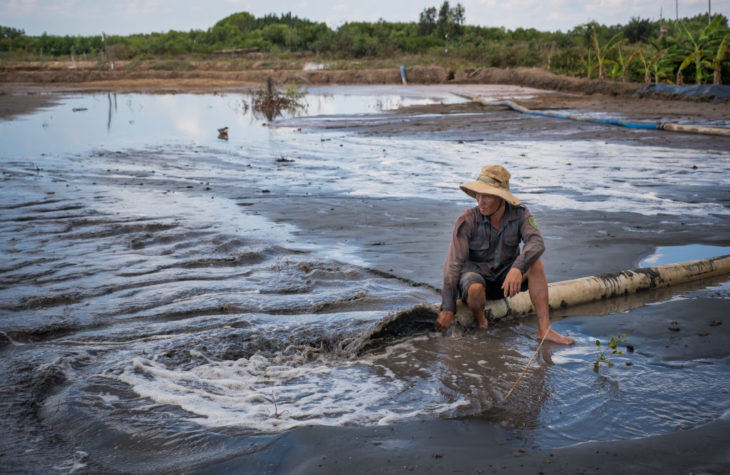 Can we engineer our way out of the climate crisis?

The Climate Apocalypse is upon us. More carbon monoxide has been discharged into the atmosphere in the last 50 years than in the whole of human history that went before. Carbon traps heat and the world is getting hotter. Heat holds water vapor and so rainfall is getting more frequent while heat waves last longer. Ice at the poles melts and coastal cities face inundation as sea levels rise.

But the doom confidently predicted by many climate scientists around the world is being met by optimism among other scientists who are employing innovative technologies that may transform the debate and offer hope for us all. These technological breakthroughs will impact all aspects of climate change from carbon emissions to food production and all forms of energy.

A number of companies are working on creating artificial life and expect to reach a breakthrough at the cellular level within three years. Imagine, then, a cloud several miles wide of artificial cells floating through the atmosphere programmed to find carbon and devour it. Sound impossible? Maybe but a combination of artificial intelligence and biotechnology may offer exactly that solution.

Harvard University is planning to launch an experiment in the next six months in the controversial field of geoengineering which basically means trying to change how the planet’s ecosystem works. Harvard will launch a balloon equipped with sensors to float around 12 miles above the earth. An aircraft would then release micrometer-size particles of calcium carbonate in a kilometer long plume.  In theory, the reflective particles will send the sun’s rays towards the sun and away from the earth and so reduce the earth’s temperature. The balloon will then fly into the plume and measure the actual impact.

Geoengineering is a new science that is filled with both possibility and peril. While the lab models suggest many different methods for manipulating the earth’s atmosphere and transforming the impact of climate change, the unintended consequences of such experiments are unknown.

A different approach involves preventing the carbon emissions by changing the manufacturing process for hydrogen which is used in oil refining, chemical production and steelmaking. The current process is responsible for producing 800m tons of carbon dioxide annually – the equivalent to the combined emissions of the UK and Indonesia – according to the International Energy Agency.

A process developed by Rice University and licensed to a new company called Syzygy Plasmonics uses light instead of the heat that comes from burning fuel. This process will revolutionize whole industries, reducing the cost of raw materials for transportation fuel, fertilizer and plastic. At the same time, carbon emissions will be reduced by 50 percent, a massive shift in the seemingly uncontrollable growth in carbon emissions that set record highs year after year.

A report produced by the World Bank earlier this year said that their research had found  that because of a growing global population, there would be a 50 percent ‘food gap’ between food that was produced in 2010 and what would be needed in 2050. That in turn means that an area nearly twice the size of India would need to be converted to food production which means clearing forests and creating more greenhouse gas emissions.

Unless nothing is done, this would lead to an 11 gigaton emission gap between what was agreed at the Paris climate accords and the 2050 reality.

This could be read as yet another reason to buy a cabin in the woods, hunker down and hope that the seas will rise, consume the cities and burn what’s left in uncontrollable wildfire while leaving me alone. Here too though, there are grounds for real hope

But, examples of transforming technologies that can improve food production while, at the same time, reducing the carbon footprint are everywhere.

Ten years ago, researchers at the University of California, Davis isolated a gene that allows rice plants to survive extended periods of flooding which historically had wiped out four millions tons of rice annually in India and Bangladesh alone. Today, five millions farmers across Asia plant the gene modified rice on two million hectares of land.

Perhaps more significantly, those same researchers have done further gene modification that allow rice to survive extended periods of drought which are occurring more frequently as the world heats up.

If rice can be modified to be both drought and flood resistant, so many other crops can be gene edited using tools like CRISPR that make them less costly to produce while producing a higher yield without the need for expensive fertilizers that themselves cause significant emissions in the manufacturing process.

Cows and sheep through a combination of burping and excretion produce around seven gigatons of carbon dioxide, around the same impact as the worldwide transportation industry. Research has discovered that adding a small amount of seaweed to a cow’s diet can reduce the level of methane by around 30 percent, a huge reduction. A separate approach by the Dutch company DSM found that putting a synthetic additive as a methane inhibitor into cattle feed could also cut emissions by 30 percent.

Other changes that are already in practical production include fusion-powered nuclear reactors for electricity, new materials that will make batteries more powerful and longer-lasting and artificial foods that look and taste like the real thing.

What is striking about all these developments is that they are driven not so much by idealism (please do this to save the world) but rather by simple economics. All the really promising solutions have a cost benefit to the producer as well as the manufacturer and so there are real incentives to adopt answers that improve yields, reduce costs and increase margins – all while saving the planet.

The more alarmist of the climate change lobby would suggest that the world really is coming to an end. What that argument misses is that there are hundreds of changes in technology that are either in the works or that have already come out of the lab. Each breakthrough is not a complete answer to the climate challenge but, taken together, there is real hope.