What Europe thinks of Brexit

Why the EU still doesn’t understand the 2016 referendum result 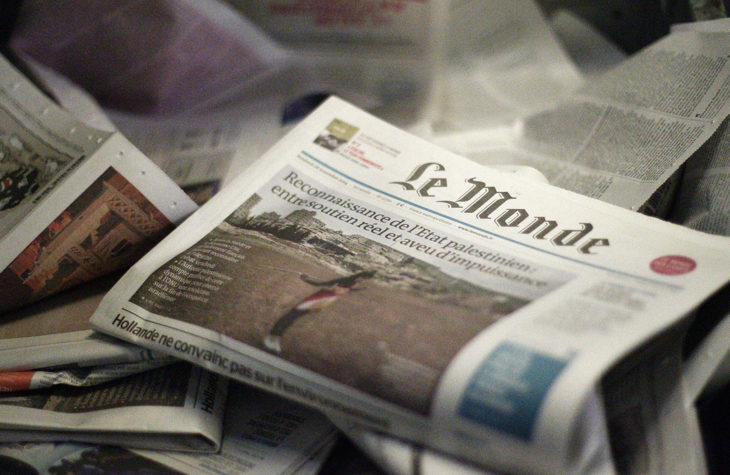 What Europe thinks of Brexit

In Paris in December, I sat with a journalist friend in a café on the Boulevard Auguste-Blanqui and listened to him explain to me why a no-deal Brexit would be a catastrophe for Britain. It had to do with an article his newspaper had published about the Mini. You might think they were typically British cars, he said, but the plant where they were made in Cowley belonged to BMW! The steering wheels were assembled in Romania! The tail lights came from Poland!

So? I asked. Brexit was about leaving the EU, not making globalization un-happen. Who do you think wants to close the Mini plant? Britain does not want to damage its export sector any more than Romania or Poland wants to shut down a factory that provides the livelihoods of thousands.

But this explanation, so reasonable sounding to me, made no impression on my friend. Almost all elite Brexit opinion, in Europe as in Britain, is built on the premise that somebody on the other side of the Channel is going to do something profoundly against his own self-interest. These kilometers-long traffic jams at Dover that are supposed to strike fear into us. Should they happen, won’t someone do something about them? How long would they last? An afternoon? Three days?

Last weekend, before votes on the amendments were due, France’s newspaper of record Le Monde tried to rise to the occasion. It opened its editorial pages to distinguished French historians who advanced two seemingly contradictory opinions about Britain: a) it is an absolutely horrible country, and b) it is essential that France, through the European Union, continues to bind this awful nation’s fate forever to its own.

Britain — ‘the leading slave-power of the 18th century’,  according to one of these historians — ‘would have had to stop fighting [the Nazis] in 1943 if not for American aid,’  according to another, and now merely aspires to be like Singapore, ‘the “nation of shopkeepers” of the 21st century.’  This vision of free trade ‘cannot disguise the wish to revive a “white” and xenophobic Empire’, said a third. It would nonetheless be a shame to lose Britain from the EU, since Le Monde has it on good authority that ‘in the pubs, they serve more espressos than “English breakfasts”’.

Throughout the past weekend, the continental media were thus raving about the heroes of Remain. Here was a feature on Speaker John Bercow, with his charming bumper-sticker (‘Brexit aux chiottes!’ as Le Parisien renders it). There was the Francophone Dominic Grieve, the Unbowed Conservative, as Le Monde styled him. ‘Whether you call him a miracle or an anomaly of British–style bipartisanship,’ the paper’s correspondent wrote, ‘this pragmatic European, this workhorse, sits on the same side of the chamber as the Europhobic dilettante Boris Johnson, whom he detests.’

Various penitent Brits were hunted down for the occasion. There is Dave, a bloke in Brussels who tells De Standaard that Brexit has driven him to such a frenzy of shame that he is about to become a Belgian.

There is the novelist Ian McEwan, who contributed to a forum sponsored by the daily Libération on ‘Europe in Peril’, warning of the threat to popular sovereignty posed by popular sovereignty: ‘The worst lie you hear every day,’ he explained, ‘is “The people have spoken.”’

Anyone can be a pessimist. The strange feature of this argument, though, is the certitude on both sides of the Channel that Britain will suffer most. ‘The biggest losers are going to be the Britons,’ said President Emmanuel Macron last month.

As a mathematical proposition that seems false. Britain’s trade deficit means its own manufacturing will suffer less than the continent’s; Europe needs London’s finance more than Britain needs Amsterdam’s fish. And yet the Brexit negotiations have done much to grind down the Brexit voter.

It is partly a structural problem: to the EU’s Europhile allies in Britain, blocking Brexit is everything. By contrast, to Britain’s Eurosceptic allies on the continent, Brexit is nothing — they have their own particular local grievances.

It is partly an intentional strategy: the chief Brexit negotiator Michel Barnier’s deputy Sabine Weyand told the Guardian there was a ‘very high risk of a crash-out, not by design, but by accident’. What does that mean? If you see an obstacle from two miles off, how can driving into it be an ‘accident’?

And it is partly a sincere misunderstanding. Europeans went into this negotiation having long ago repudiated, and in the meantime, forgotten, the traditional principles of sovereignty that won at Britain’s ballot boxes in 2016. As they see it, what’s Britain got to complain about if it loses control of Northern Ireland’s trade arrangements? This kind of sovereignty doesn’t seem real. You can’t eat it or put it in your pocket. And we’re all converging on the same idea of human rights, anyway.

No one is subject to a more tragic misunderstanding than the Irish. The Republic’s Foreign Minister, Simon Coveney, has strutted around issuing ultimatums to Ireland’s old colonial masters in the name of the Mighty EU, forgetting that Ireland’s entire position as a co-equal European nation rests on this trivialization of old-style sovereignties, including its own. ‘Solidarity has its limits,’ the Süddeutsche Zeitung wrote last week. ‘Where these limits are is something [Taoiseach] Leo Varadkar is going to find out in the coming days.’

The possibilities for misunderstanding have always been higher than either Britons or Europeans admitted, because Brexit unleashed two constitutional crises at once. The first was a domestic battle between direct democracy and parliamentary sovereignty. The second had to do with Britain’s place in the world.

What did Britons vote for in 2016? Did they vote to leave the EU? Or did they vote to ask for permission to leave the EU? Obviously the former. If you have the right to negotiate for your sovereignty, you’re sovereign. If you can’t walk away from the negotiating table, you’re not. When the two parties sat down at the table, Britain had already exited the EU. This is an appropriate place to negotiate the best relations possible with allies and partners. But at the end of the day, all sovereignty is no-deal sovereignty. Britain has it. It is now debating whether to surrender it.