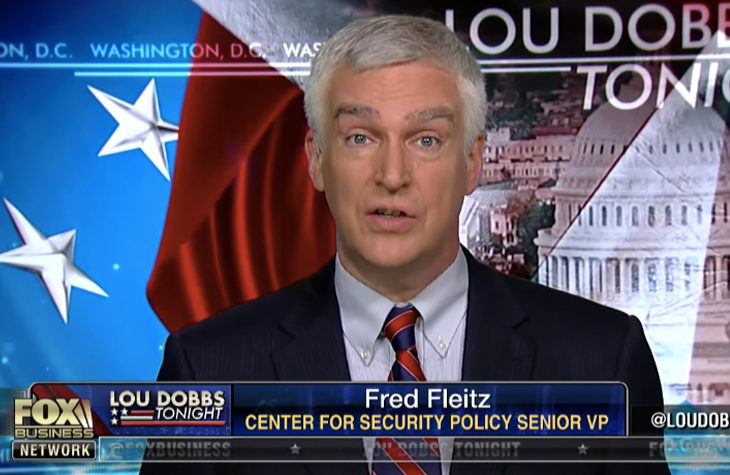 When I last saw national security adviser John Bolton’s former chief of staff, in January, he told me my journalism was ‘crap,’ that I was ‘crap,’ and that he ‘didn’t have anything to say’ to me. Fair enough.

This was the second time I’d tangled with Fleitz, a career conservative, civil servant and intelligence officer.

Our first interaction came before he became Bolton’s chief of staff in 2018. Fleitz had publicly condemned my profile of his ally and mentor, Frank Gaffney. Gaffney, controversial in his own right, has since been entirely decent to me.

But Fleitz is both Gaffney and Bolton’s pitbull, and seems to have no time for less than obsequious journalists.

At the time, I dismissed his fusillades as the trash talk of a civilian think tanker in the sunset of his career.

I see I may have been wrong, as today the two eminent journalists of my generation, Axios’s Jonathan Swan and Politico‘s Natasha Bertrand, report that President Trump may sack his current director of national intelligence, the somnolent Dan Coats, and replace him with the pugnacious Fleitz, now president of the Center for Security Policy.

Reappointing Fleitz would suggest that the president is doubling down on Iran hawks and Islamophobic cranks, even though he’s not one himself. It would be a boon to those who complain the president is truly enraptured by television and personality. It would indicate that Trump has adopted the siege mentality of his radical national security adviser, Ambassador Bolton, who had thought to be on the outs.

Since Christmas, the president has expressed a desire to leave Afghanistan, leave Syria, and avoid war with Iran and even concede them their sphere of influence. At the same time the president has ensconced himself with establishmentarians, neoconservatives and roguish überhawks, for whatever reason. The result has been a goofy reliance on outside help: namely the advice of Fox host Tucker Carlson. A Fleitz appointment would heighten that dynamic. You can imagine the president calling Carlson to assess the seriousness of the latest drone downing by the Islamic Republic, while a DNI Fleitz, teamed with Bolton, urges a merciless response in which Trump has little inherent interest.

What does Trump see in Fleitz? The Center for Security Policy is ‘big time neocon,’ says a former senior administration official, but it ‘worships at the church of Trump.’ Mr Fleitz is right on Russia, at least as it relates to the overblown 2016 election controversy, and has on television ably defended an administration that was near-stillborn amid the Mueller debacle, a hatchet job misfire from the American intelligence community. Trump no doubt thinks installing Fleitz will show he means business, but he could be swallowing a poison pill by elevating another Middle East hardliner. At his core, the president wants to extricate the US from that region, not expand further into it.

Cheering Friday’s news were hawks such as the journalist Jordan Schachtel and staffers at Ben Shapiro’s Daily Wire, many of whom backed Ted Cruz in 2016. The Gaffney-Fleitz coterie is fundamentally a Cruz outfit, with interlocutors such as Virginia Thomas, wife of Supreme Court justice Clarence, all of whom favored Cruz over Trump in the primary. It’s ancient history now, but the populist right was split, sometimes ferociously, between Trump and Cruz. It remains curious why Trump keeps drawing from a murky well, when he could hire true Middle East realists, such as the restrainers at the conservative Defense Priorities or the new Quincy Institute.

Whether he means it or not, by naming Fleitz Trump would also be rewarding the bunker mentality of Bolton and his team. My experience is hardly unique: Fleitz’s notorious abrasiveness toward the fourth estate would apparently be seen as a plus, not a negative.

If Fleitz gets the nod he will face an uphill climb, as have other outlaw Trump picks such as the failed Fed nominees Steve Moore and Herman Cain. ‘I’d personally testify against him in confirmation hearings,’ a former senior intelligence official supportive of the president told me Friday morning.

Fleitz has himself worked on the Hill, and ‘he made himself a lot of enemies… during his time as a staffer there,’ the former official said. ‘Whether President Trump realizes it or not, Fleitz’s appointment would be a sharp repudiation of the president’s own professed intentions to end rather than perpetuate America’s addiction to military interventionism around the world.’ 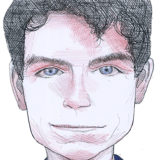 Curt Mills is the Washington Editor of Spectator USA. He is a 2019 Robert Novak Journalism fellow, completing a project on President Donald Trump’s foreign policy.